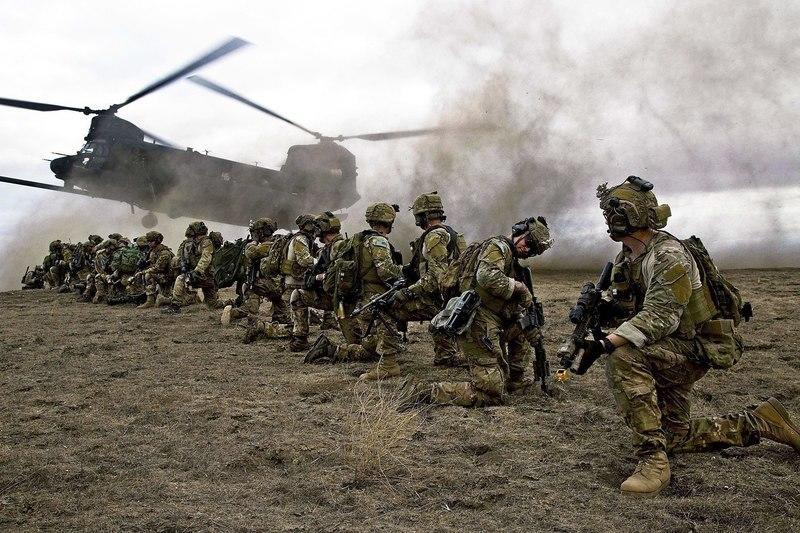 This bill would authorize $731.3 billion in discretionary defense spending for fiscal year 2021, of which $662.3 billion would go to the base budget and $69 billion to Overseas Contingency Operations (OCO). It would also authorize $9.1 billion for defense-related mandatory spending. An in-depth summary of how its various provisions would impact troops, military families, equipment, and various aspects of U.S. defense policy can be found below, along with amendments adopted by the Senate in the course of its consideration.

Troops & Families: This section would fully fund a 3% pay raise for the military & reauthorize more than 30 types of bonuses & special pay. It would authorize an active-duty end strength of 1,345,205 including 485,000 in the Army; 346,730 in the Navy; 180,000 in the Marines; and 333,475 in the Air Force. It would also establish a Space Force reserve component, and study the establishment of a Space Force National Guard.

Professional development opportunities for military spouses would be continued, and Dept. of Defense (DOD) efforts to provide families with affordable childcare would be continued. DOD initiatives to track & report incidents of child abuse on military installations would be improved. Oversight of privatized housing would be increased, and service secretaries would be prohibited from leasing substandard family housing.

Equipment & Construction: The acquisition & modernization of several key defense technologies would be stepped up under this bill, including:

This bill would authorize $8.15 billion for military construction and focus on the facility sustainment backlog. It would also prohibit the DOD from conducting an additional round of Base Realignment and Closure (BRAC) in FY2021.

Nuclear Deterrence: This section would improve DOD coordination, insight, and participation in the National Nuclear Security Administration (NNSA) budget development process, and improve transparency of the NNSA budget for Congress & the public. It would prohibit the use of FY2021 funding to reduce the quantity or alert status of intercontinental ballistic missiles below 400, and authorize construction projects to convert Minuteman III launch facilities to Ground-Based Strategic Deterrent configurations under certain conditions.

Space: This section would make technical changes needed to continue implementation of the Space Force; continue development of the space technology base including launch vehicles and responsive launch; and authorize increased funding for space domain awareness, launch development, and space-based surveillance capability. The Space Force would continue working with research institutions to establish critical research infrastructure and develop the future workforce.

The Chairman of the Joint Chiefs of Staff and service chiefs would be directed to report on the space-related missions and expertise within each service that should remain within each service and whether they require organized or liased Space Force personnel. The transfer of military installations would be prohibited prior to congressional defense committees receiving an analysis from the Secretary of the Air Force.

Pacific Deterrence Initiative: This section would establish the Pacific Deterrence Initiative (PDI) to send a strong signal to the Chinese Communist Party that America is deeply committed to defending its interests in the Indo-Pacific region. It would authorize $1.4 billion for PDI in FY2021 for missile defense, enhanced forward posture, and improving interoperability with allies & partners. The PDI would specifically aim to:

Alliances & Partnerships: This section would aim to develop & strengthen mutually beneficial alliances & partnerships as part of the National Defense Strategy, and would specifically:

Congress’s foremost constitutional duty to provide for the national defense. While this bipartisan bill is a compromise, it will strengthen the military at a time when global threats are increasing and funding is hard to come by.

The U.S. shouldn’t be spending $740 billion on national defense, an amount significantly outpacing America’s most significant rivals. A smaller military would free up funding for other priorities.

“This year marks the 60th year in a row that the Committee has fulfilled our Constitutional duty to provide for the common defense by advancing the National Defense Authorization Act — once again with overwhelming support. There’s a reason for this: It’s because this bill is, to its core, bipartisan, reflecting equal input from Republicans and Democrats alike. There isn’t too much Congress does anymore on a bipartisan basis and for so many consecutive years — but we all agree that supporting our troops and defending our nation are two of our most important priorities. Building on the last two years, this year’s NDAA charts a decisive course of action to implement the National Defense Strategy, regain a credible military deterrent, and, ultimately, achieve a lasting peace, not only for us, but for our children and grandchildren. It does so by prioritizing strategic competition with China and Russia, particularly in the Indo-Pacific theater, investing in a modern, lethal joint force, spurring innovation at every level of the Pentagon, and, of course, ensuring our troops have the training, equipment, and resources they need to succeed in their missions.”

“This bipartisan NDAA provides our troops with a well-deserved pay raise and tools to protect the health and well-being of our forces and their families. I commend Chairman Inhofe for his bipartisan collaboration. While I do not support every provision in this bill, it makes important investments in readiness, modernization, and force protection and includes several needed reforms. I hope we can improve the bill on the floor. Congress must work on a bipartisan basis to ensure our forces have the right tools and capabilities to combat threats around the globe.”

This legislation passed the Senate Armed Services Committee on a bipartisan vote of 25-2, after the committee adopted 229 bipartisan amendments.