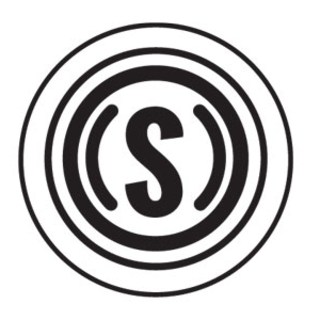 Vote to see how others feel about this issue

The 2017 tax reform bill has been a boon for American workers.

In addition to the average household’s $1,400 tax cut this year, there are now more jobs available than people looking for them. Just last month, average wages went up by 2.9 percent—the largest wage increase since the summer of 2009.

On Thursday, the House Ways and Means Committee plans to consider a series of three new bills that they are calling “tax reform 2.0.” The package would make much of last year’s tax reform permanent, would introduce new simplifications for family saving, and would provide a helping hand for new small businesses.

Here are three main highlights from the bills.

The Protecting Family and Small Business Tax Cuts Act of 2018 (H.R. 6760) would permanently extend the temporary provisions of the Tax Cuts and Jobs Act, which are currently slated to expire after 2025. The key provisions include:

Congress should make the already-agreed upon provisions in the tax bill permanent. This would continue to grow the economy while protecting the American people from future tax increases.

The second component of tax reform 2.0 is the Family Savings Act of 2018 (H.R. 6757). This bill includes four important reforms to simplify retirement savings, create a new universal savings account, expand the use of 529 education savings accounts, and allow families to access their own savings to support parental leave.

Tax reform 2.0 will work to allow small employers to pool together to offer retirement benefits, repeal the maximum age for new contributions, add new exemptions from minimum distribution rules, as well as other modifications. The reforms stop well short of the much needed complete overhaul of retirement taxation, but they are a small step in the right direction.

Tax reform 2.0 includes new small universal savings accounts that would allow taxpayers to contribute up to $2,500 a year. Withdrawals would be tax free and not reserved strictly for retirement.

These simplified accounts have proven successful in Canada and the United Kingdom and would help Americans protect more of their savings from taxation without all the retirement strings attached.

Regrettably, a contribution limit of $2,500 a year is much too low. People’s lives are full of ups and down, and they should be able to save $10,000 or more if they have a good year—putting money away when times are good in order to provide in times of need. Under the currently proposed limit, a family could save every year for the first 18 years of their child’s life and still have saved less than one year’s tuition at many private colleges.

Last year’s reforms modified college savings or “529” plans to allow parents to use money in these accounts for K-12 expenses. It was a good step forward.

Tax reform 2.0 would build on these reforms by allowing the money saved in 529 accounts to go toward homeschooling, apprenticeship, and student loan expenses. These reforms help parents and students pay for education options outside the traditional school system, giving Americans more choice in their education.

Tax reform 2.0 would give families access to their own retirement accounts to support parental leave for the birth or adoption of a new child. Allowing workers to make penalty-free withdrawals from their IRAs or 401(k)s for family leave would help increase access to affordable and sustainable family leave.

The third and last major component of tax reform 2.0 is the American Innovation Act of 2018 (H.R. 6756). This bill would allow new businesses and entrepreneurs to write off more of their initial start-up costs.

Currently, new businesses are only able to deduct up to $5,000 of their initial start-up expenses, forcing them to write off the remainder over the next 15 years. This makes it more expensive to start new businesses.

Under tax reform 2.0, new entrepreneurs could deduct up to $20,000 of their start-up costs and increase their ability to transfer other tax benefits, like operating losses and tax credits, to new owners.

The changes included in tax reform 2.0 would certainly benefit fledgling small businesses, but there is one glaring component missing from the House Republican agenda. Much like writing off start-up expenses, expensing for established businesses should also be expanded (beyond what was provided for in the 2017 reform) and made permanent.

Expensing would allow businesses to deduct their costs immediately. The old tax law made businesses wait years before deducting their investment costs from their taxable income. This had the effect of needlessly increasing the cost of investing in everything, from new equipment and machinery to expanding existing workspace or even building new facilities.

Expensing makes it more affordable for new businesses to open and for mature businesses to upgrade and expand their operations—something that results in more jobs and enables employers to raise wages.

More to Be Done

Tax reform 2.0 contains a number of important reforms that would benefit Americans, but leaves other important priorities untouched. For instance, the international provisions of the 2017 tax reform bill are still hopelessly complex, as is the subsidy for pass-through businesses.

The alternative minimum tax, state and local tax deduction, medical expense deduction, and death tax should all ultimately be fully repealed, and expensing for new businesses investments should be extended and expanded.

Congress is also unwilling to reduce the growth rate of federal spending, which is driving up our debt and threatens the prosperity of future generations. To solidify the current broad-based economic expansion, Congress must make the tax cuts permanent and place meaningful limits on federal budgets.

The 2017 Tax Cuts and Jobs Act did not just benefit a select few. The average taxpayer in every single congressional district in the U.S. will receive a tax cut this year and can expect tens of thousands of dollars in additional take-home pay over the next 10 years.

The three bills that make up tax reform 2.0 would make sure last year’s tax cuts become permanent and get even better every year into the future.