Join the 9,600 people who've taken action on Causes this week

This piece was authored by Axios, and its content solely reflects the published views of Axios and its journalists.

Organizers have stepped up security and readied battle tanks, fighter jets and fireworks for President Trump's Fourth of July extravaganza in Washington, D.C., per NPR.

Why it matters: July 4 has been seen as a nonpartisan occasion, but Trump has inserted himself into the event. He tweeted military leaders are "thrilled" he's honoring U.S. forces. Retired generals told Politico he's politicizing the Independence Day celebration. The taxpayer cost hasn't been disclosed, per ABC News. Here's how people are preparing for the event in Washington, D.C., in photos. 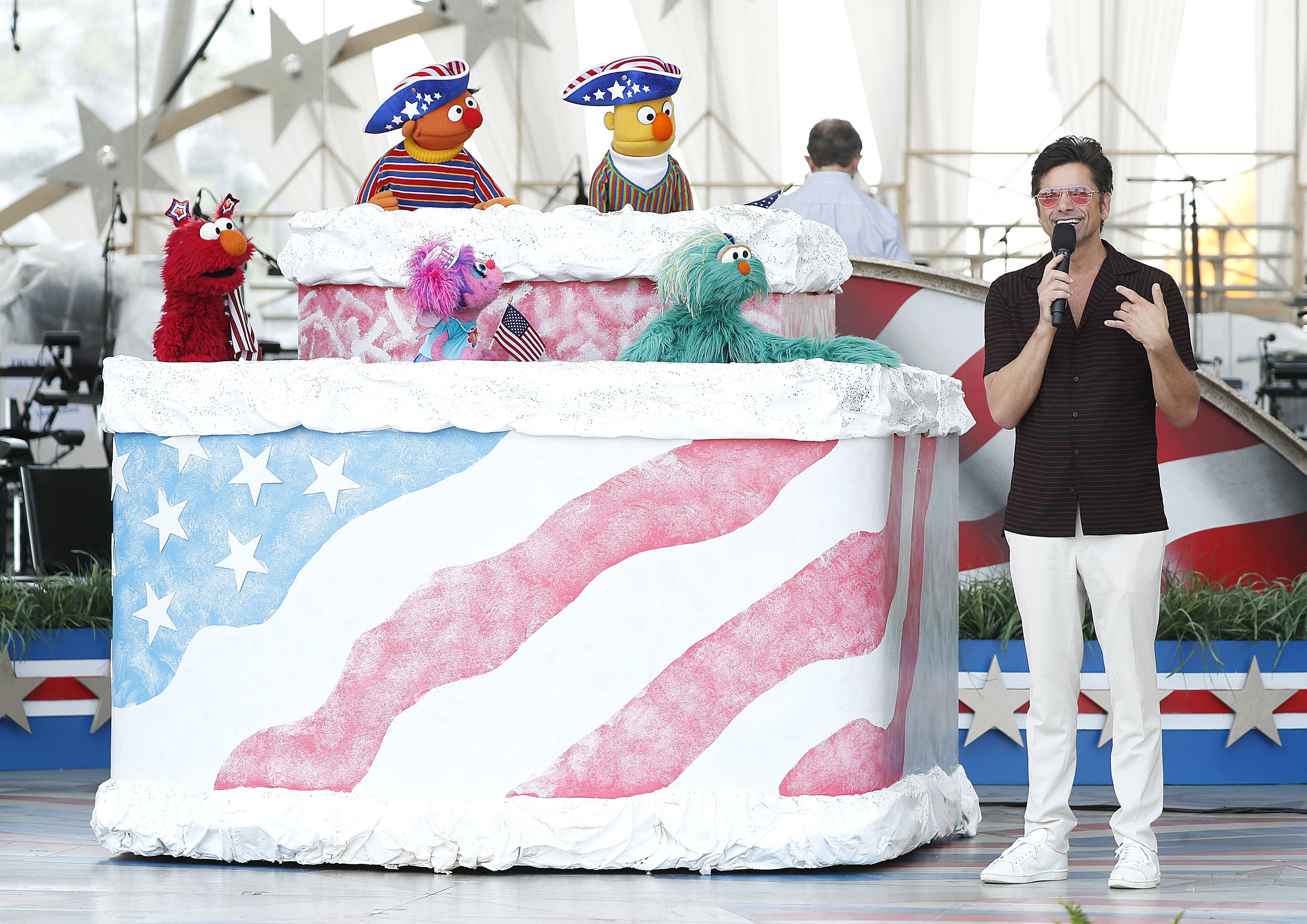 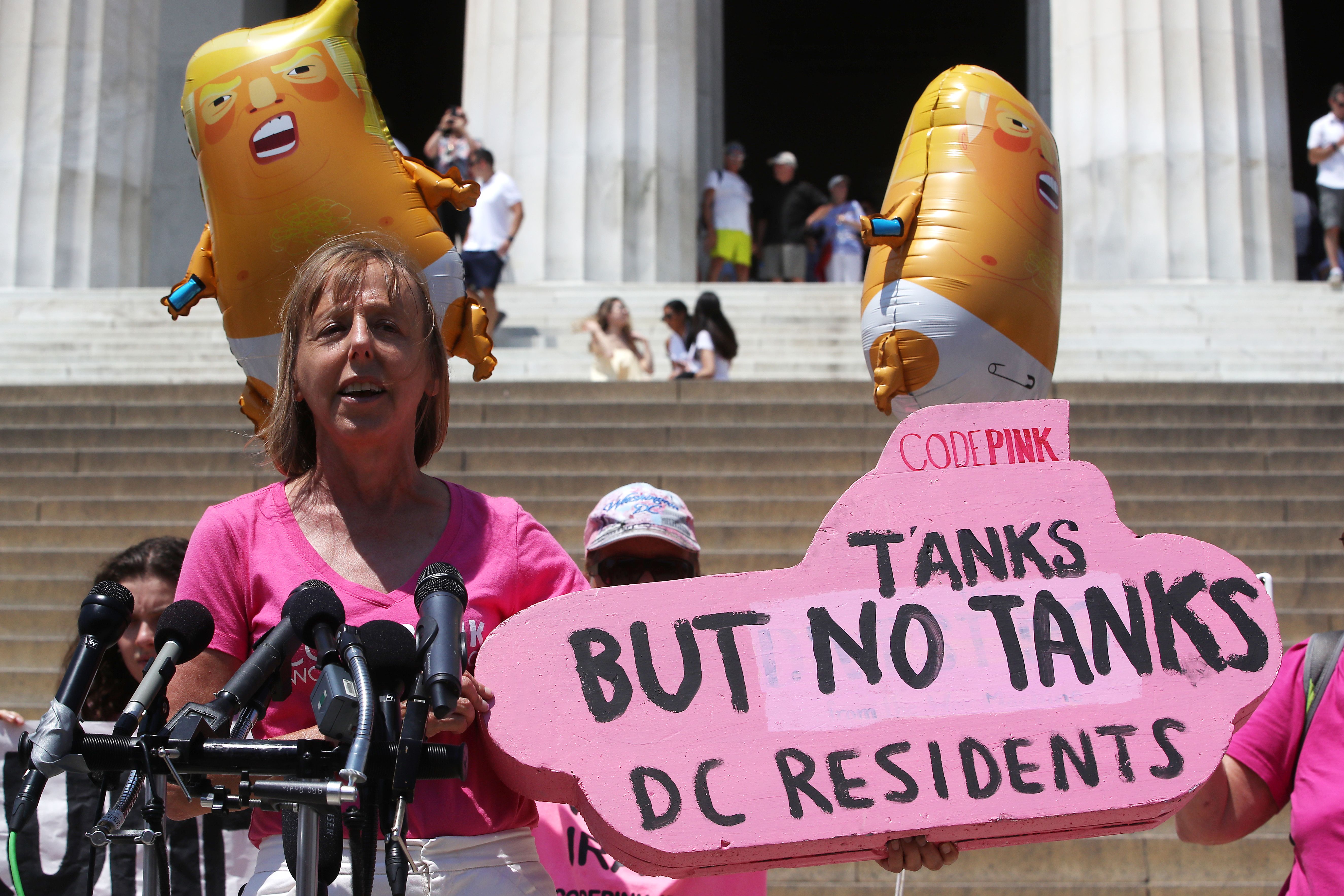 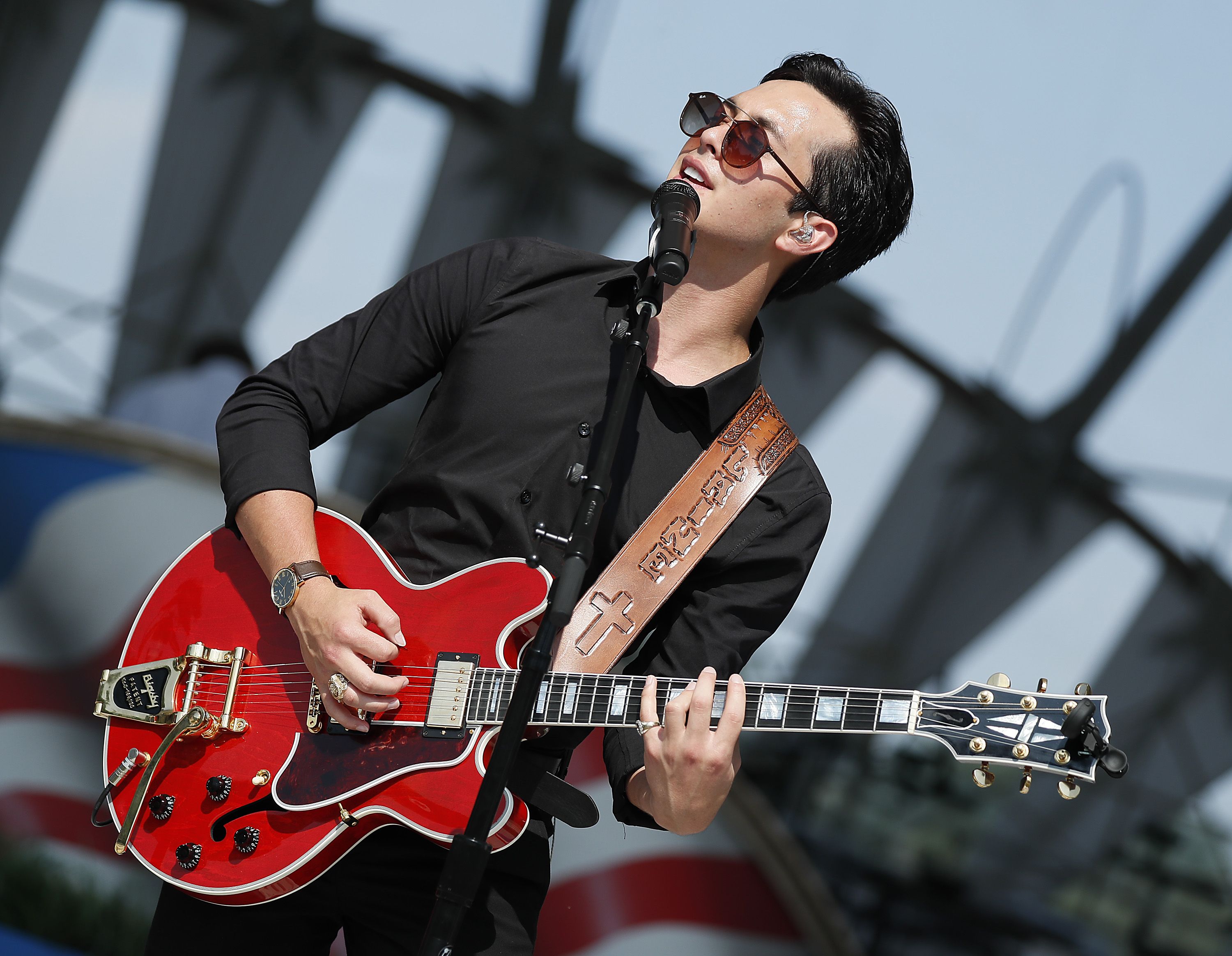 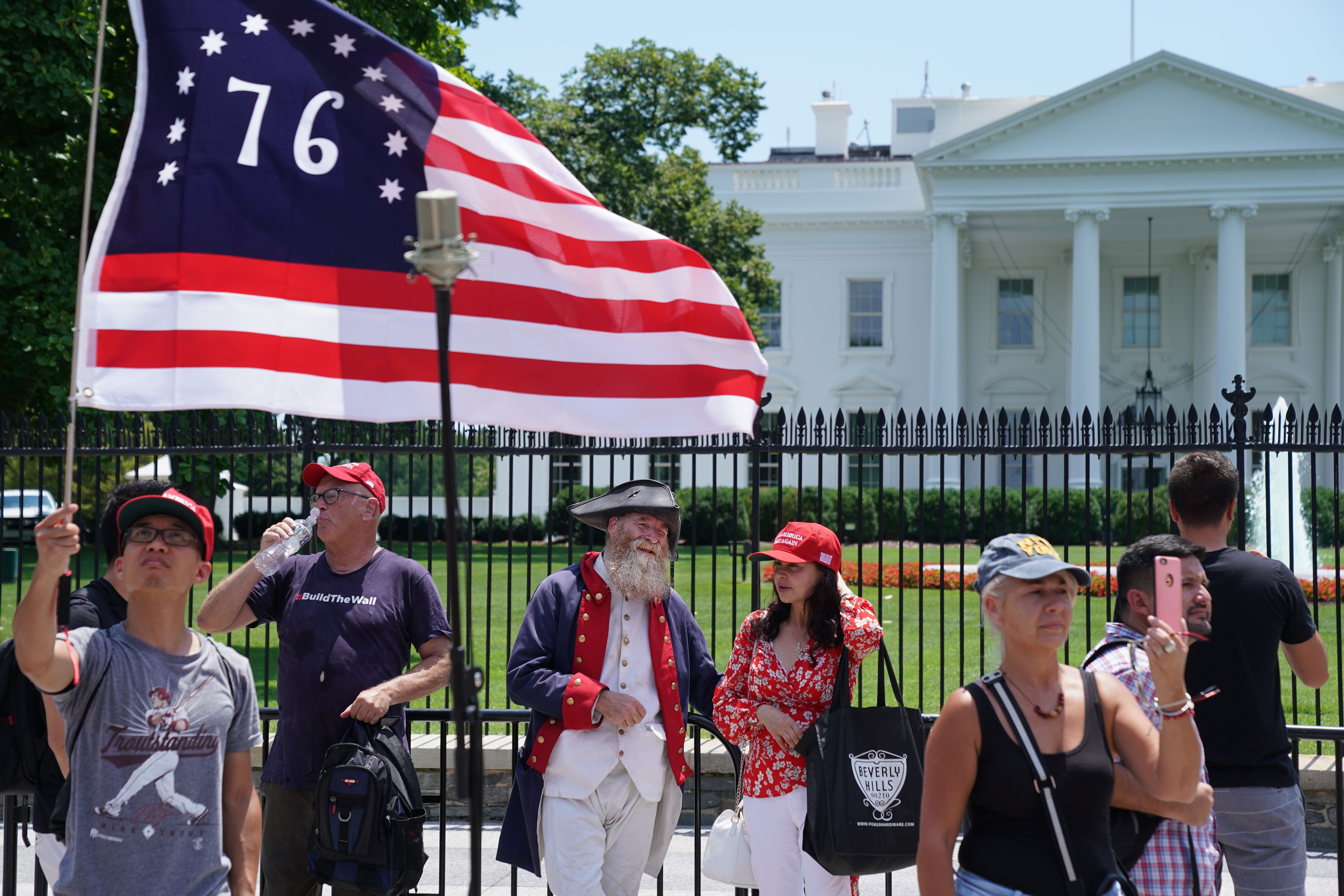 President Trump's supporters rally on Pennsylvania Avenue on the north side of the White House. Photo: Chip Somodevilla/Getty Images 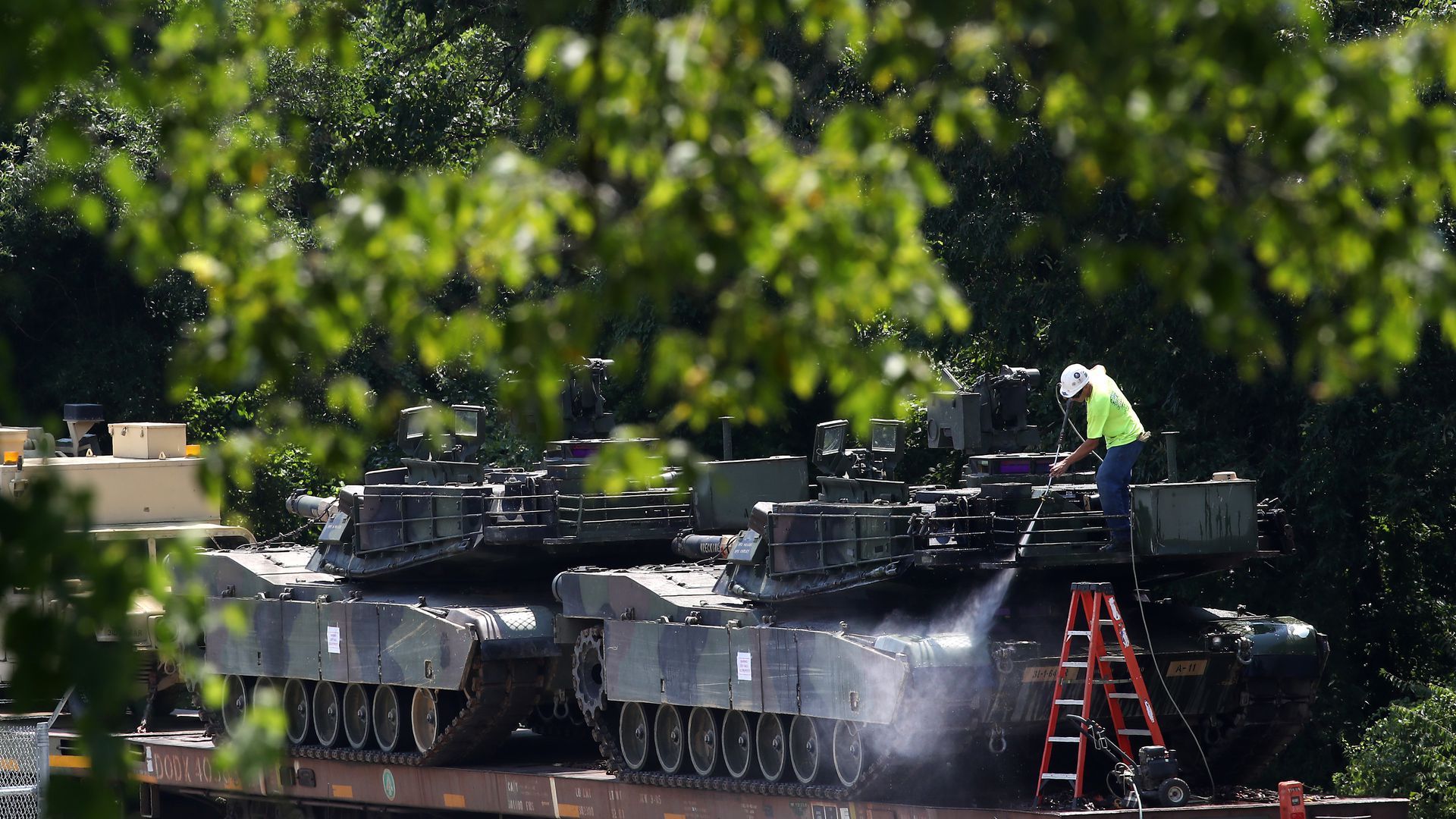 M1A1 Abrams tanks on rail cars in Washington, D.C., ahead of the "Salute to America" event. Photo: Mark Wilson/Getty Images 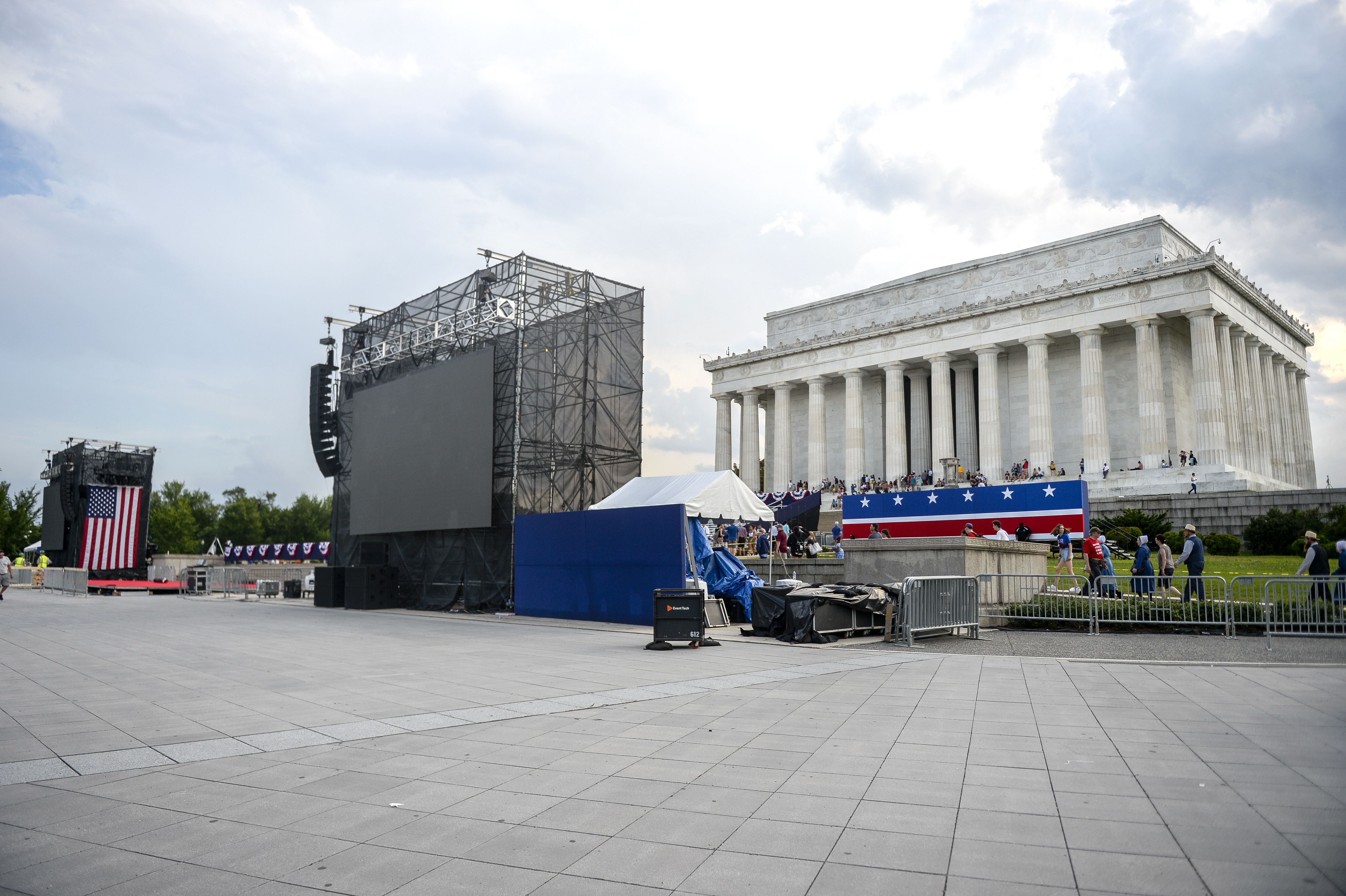 President Trump is due to address the nation from the Lincoln Memorial at 6:30pm Thursday. Photo: Caroline Brehman/CQ Roll Call 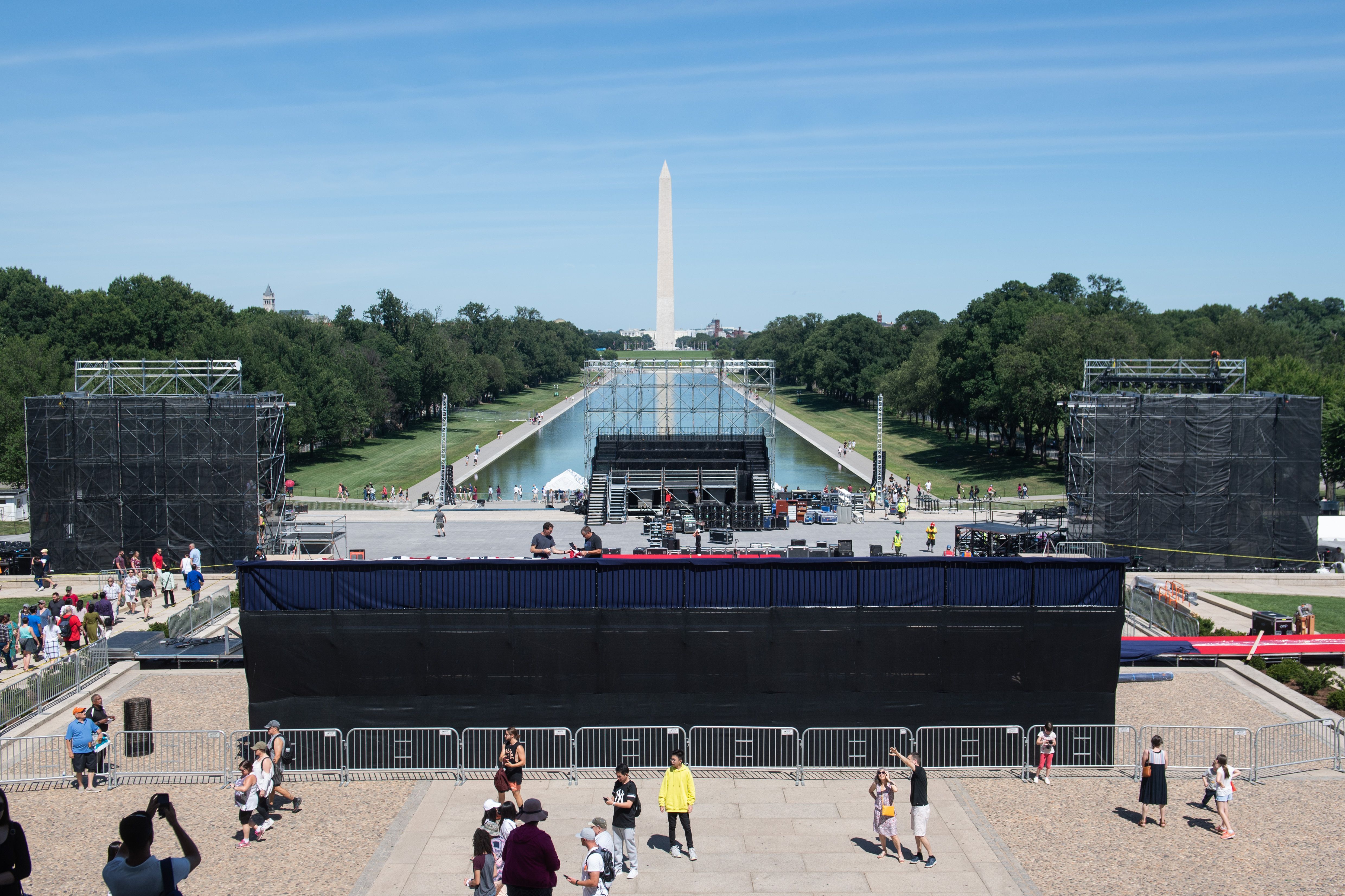 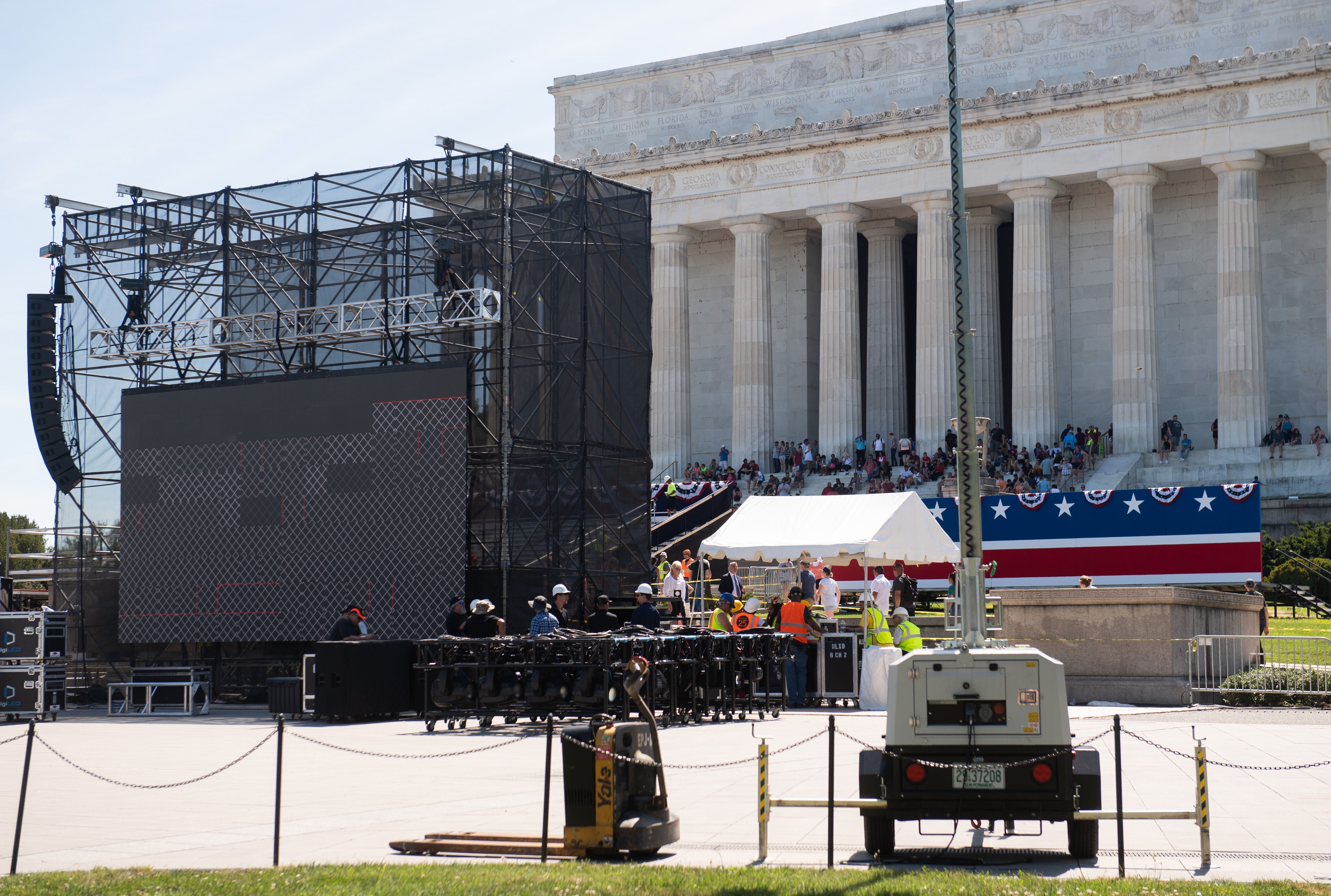 "Salute to America" organizers say the event is all about honoring the U.S. military. Photo: Saul Loeb/AFP/Getty Images 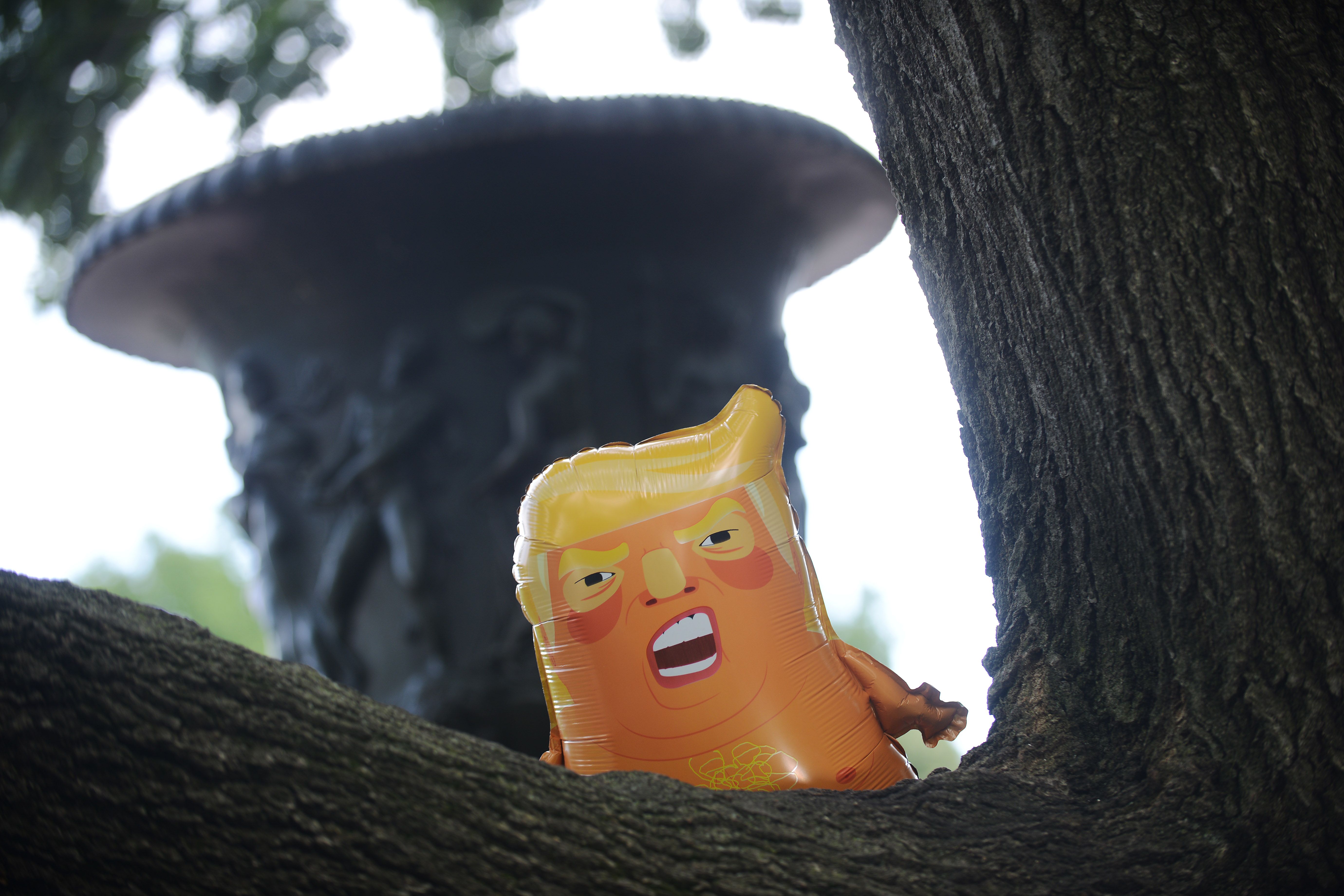 Peyton Sherwood has 400 "Trump baby" balloons to sell in D.C., and protesters plan to fly a "Trump baby" blimp during the event. Photo: Astrid Riecken For The Washington Post via Getty Images

Go deeper: On the Fourth of July, here are reasons to love the U.S.

Editor's note: The photo caption was corrected to show President Trump is speaking on Thursday (not Friday).