China's 'genocide' against Uyghur Muslims, and... Do you support Biden's climate change orders?

Join the 56,118 people who've taken action on Causes this week

President Joe Biden has signed a slew of executive orders that prioritize climate change at every level of the federal government.

Anne Bradbury, president of the American Exploration and Production Council, argued that "[p]enalizing the oil and gas industry kills good-paying American jobs, hurts our already struggling economy, makes our country more reliant on foreign energy sources, and impacts those who rely on affordable and reliable energy."

Do you support or oppose Biden's climate change orders?

In his final days, former Secretary of State Mike Pompeo declared that China’s government is committing genocide against Uyghurs and other ethnic minorities in the Xinjiang region through its use of internment camps, forced sterilization, and other means of repression.

Biden's Secretary of State, Anthony Blinken, concurs with the assessment, saying during his confirmation hearings last week that classifying China's treatment of Uyghurs as a "genocide" "would be my judgment as well... On the Uyghurs, I think we're very much in agreement."

"What they’re doing there has been referred to as genocide, and I know that the State Department is reviewing that as we speak. What they’re doing is horrific, and I look forward to seeing the results of the review that’s being done."

Do you agree that China’s actions in Xinjiang amount to genocide?

COVID-19 Vaccine - Have You Gotten It?

As of January 21, 2021, over 15.1 million Americans have received at least their first dose of the COVID-19 vaccine while about 2.4 million have completed their vaccination by receiving the second dose of the Moderna or Pfizer vaccines (both of which require two doses). 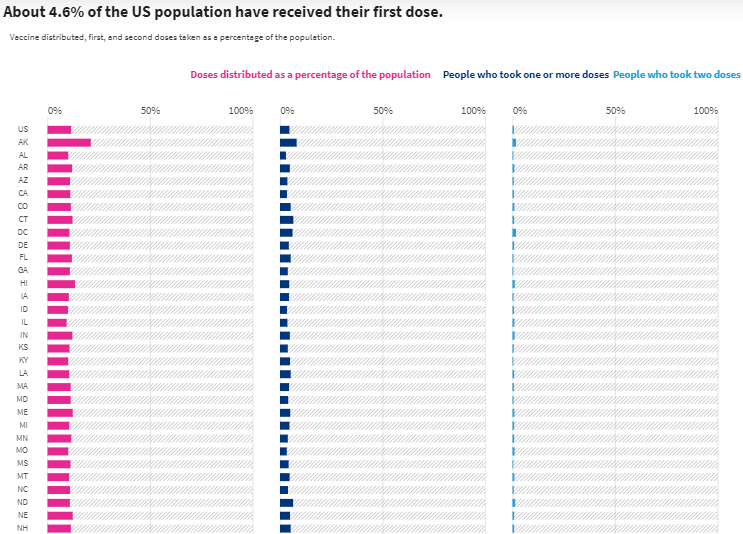 Check out more data here then join the conversation:

How do you feel about your state’s vaccine rollout?

Watch where you step, it's International LEGO Day.