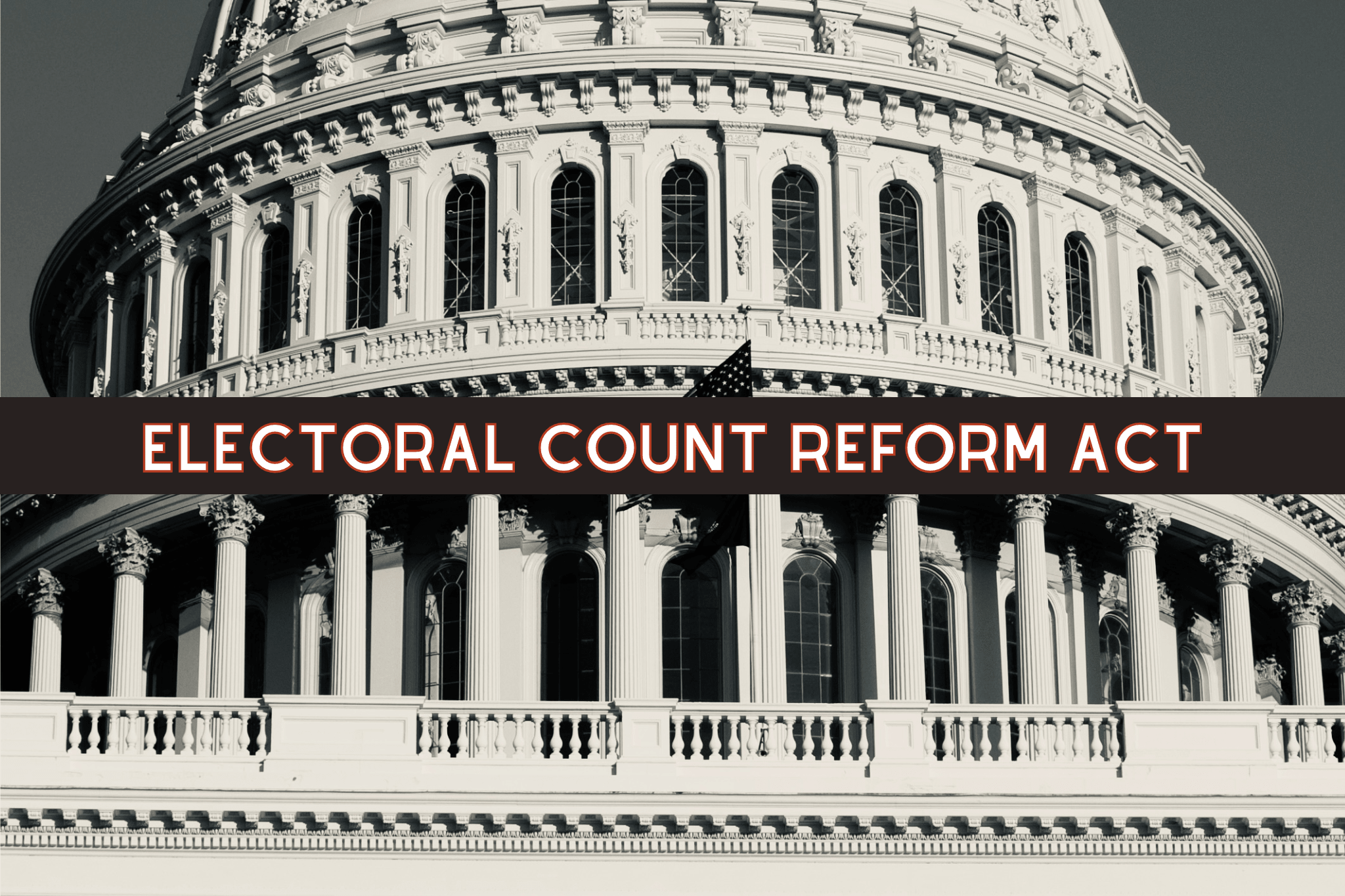 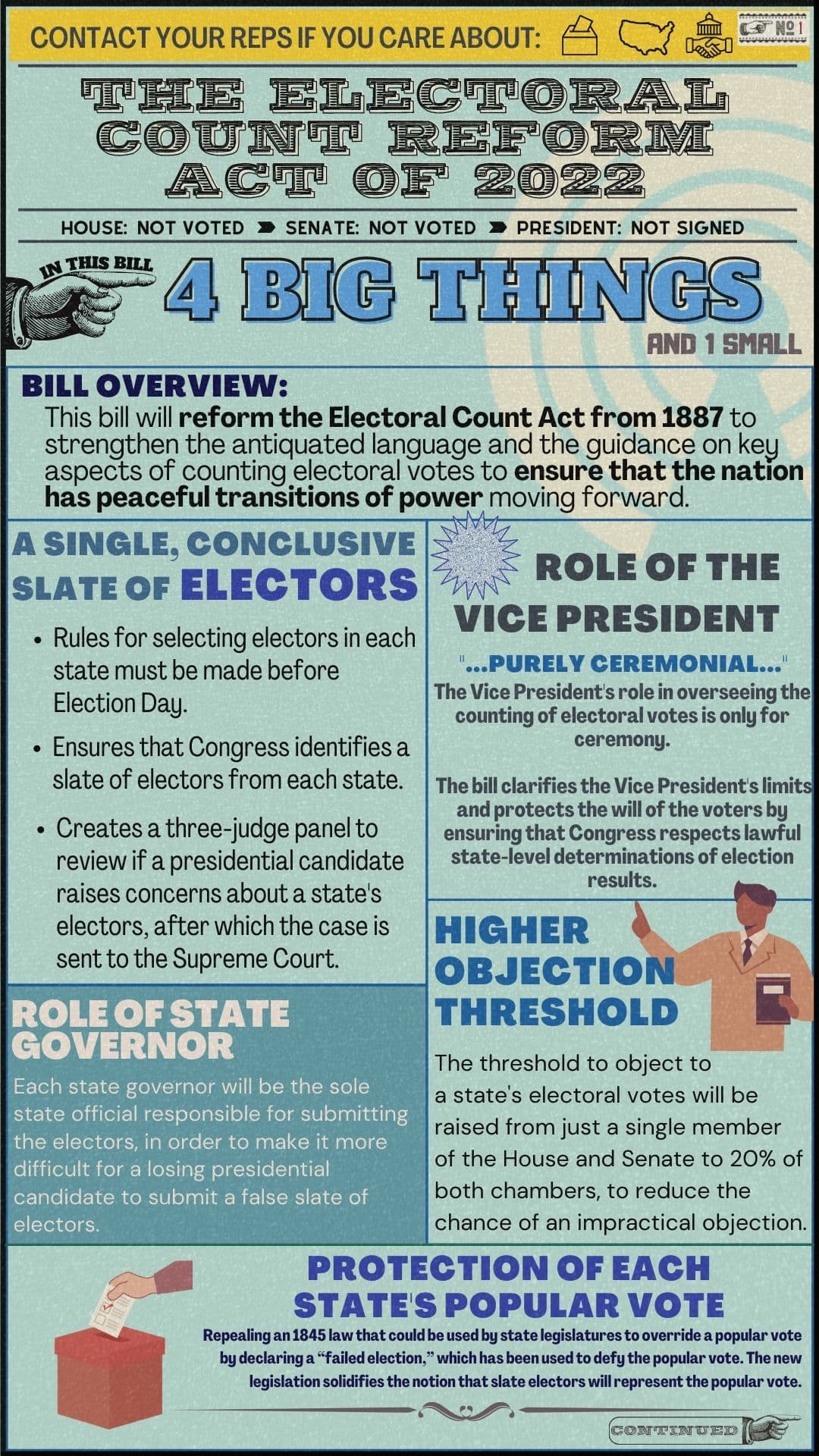 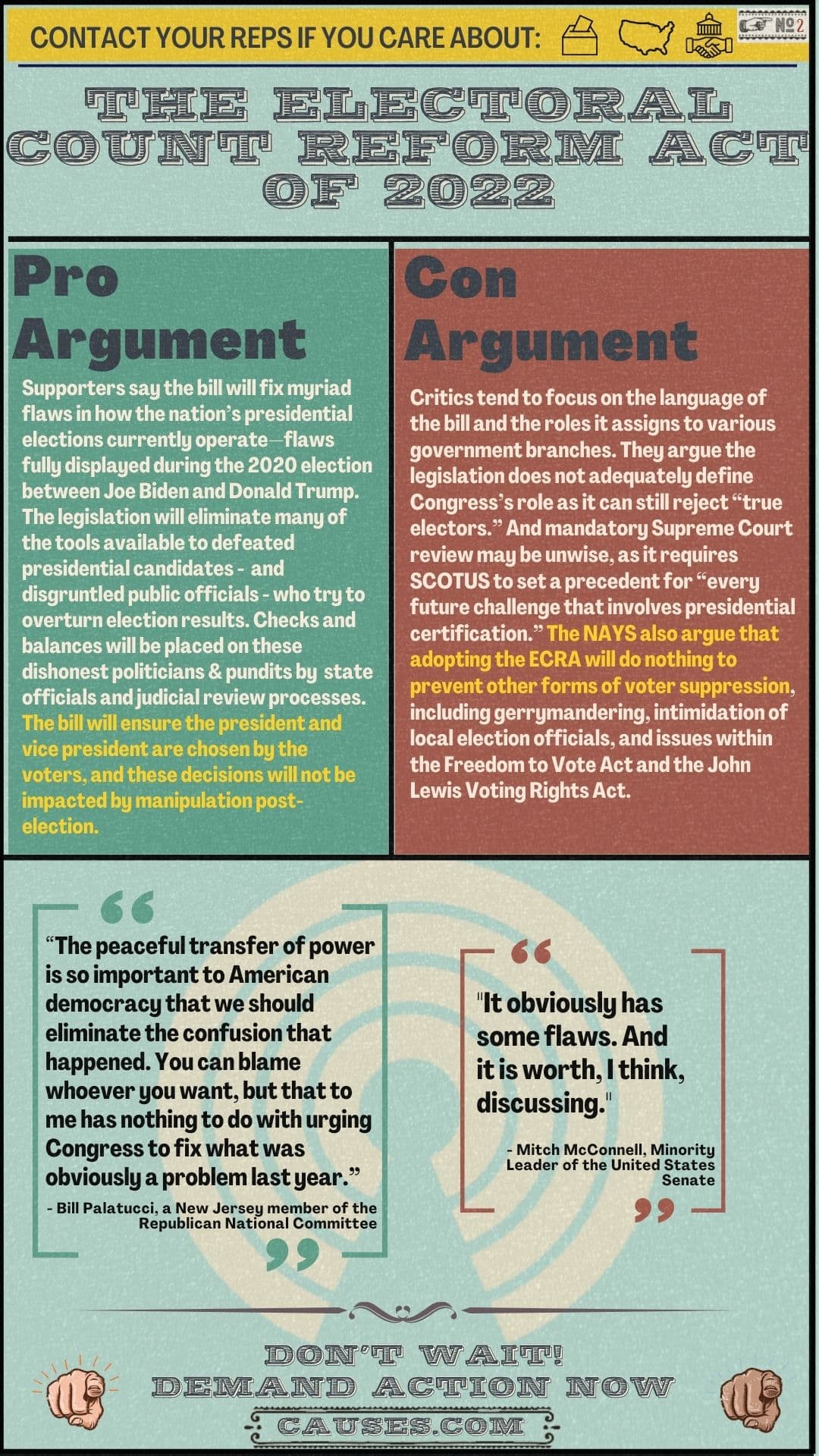 What's in the bill?

A Single, Conclusive, Slate of Electors

Role of the Vice President

Protection of Each State's Popular Vote

"The peaceful transfer of power is so important to American democracy that we should eliminate the confusion that happened. You can blame whoever you want, but that to me has nothing to do with urging Congress to fix what was obviously a problem last year."

"It obviously has some flaws. And it is worth, I think, discussing."

How do you feel about the Electoral Count Reform Act?