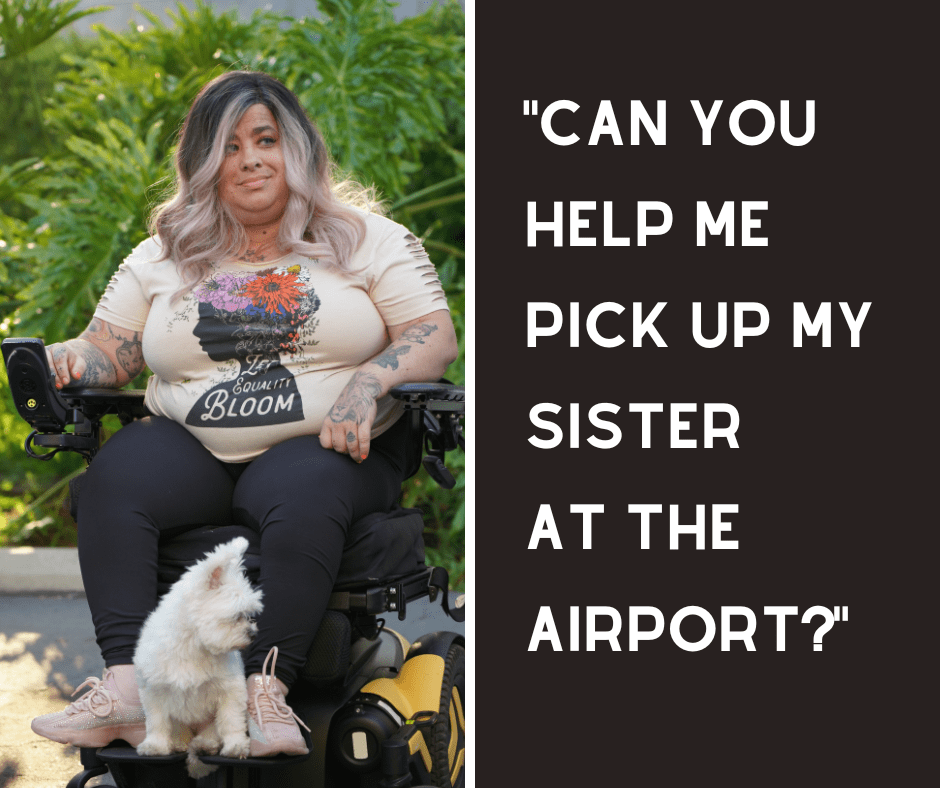 Can You Help Me Pick Up My Sister at the Airport?

Yes. You can. Without leaving your chair.

Join Me At SAIL

My little sister was visiting from Tennessee, and I wanted to pick her up from the airport. I hoped I could share my experience of what it was like trying to do that while using a wheelchair.

Getting in and out of my chair is the most time-consuming part of getting into any vehicle. First, I have to make sure the car isn’t on any slope where I could lose my balance. The way my disability works is I don’t have a concept of balance—I’m basically always feeling like I’m going to fall.﻿ 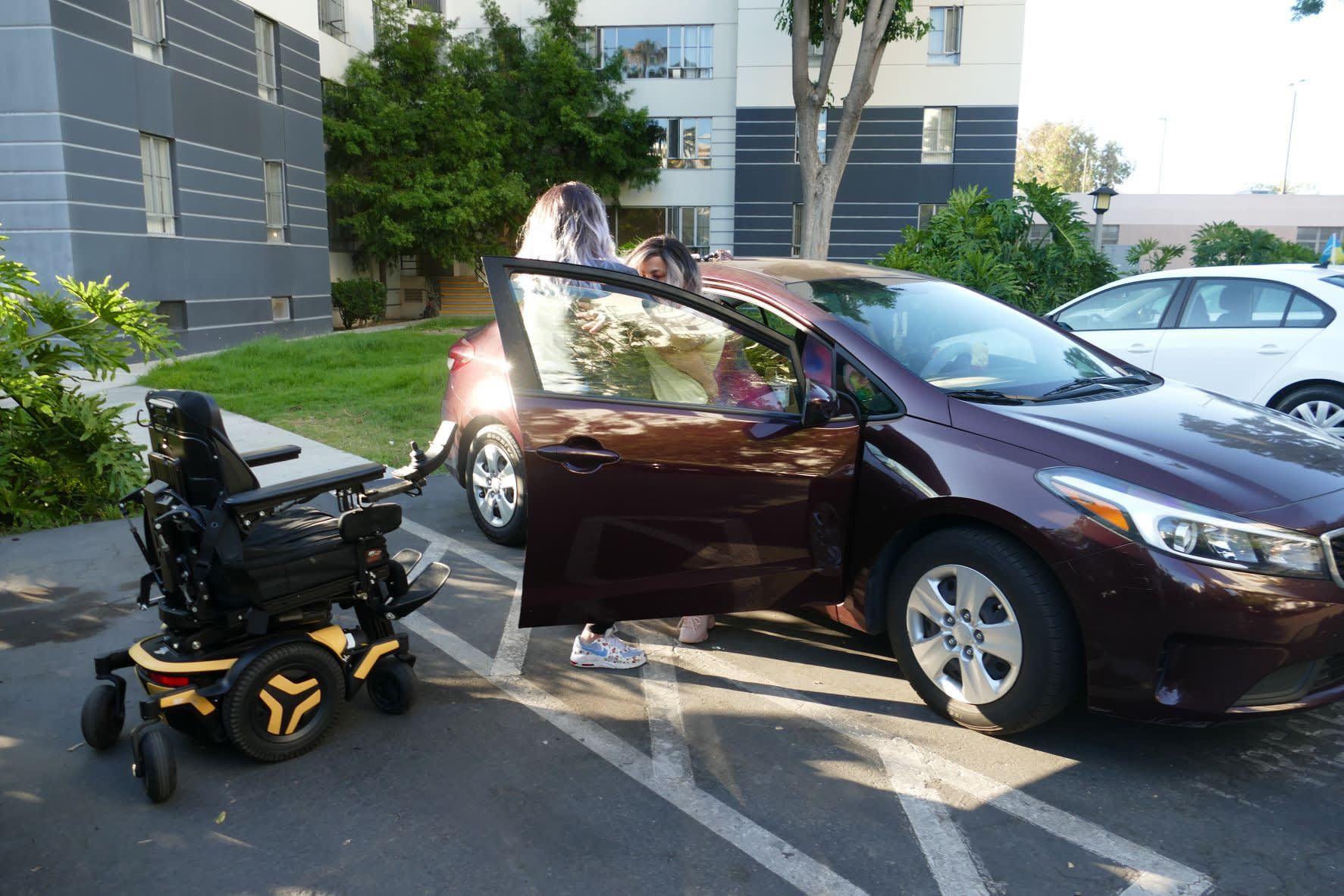 Once I’m confident the ground is level, I get real close to the passenger seat. I have to turn my whole body to sit on the edge of the wheelchair. Then I have to swing in my legs (which someone else has to do for me because my legs don’t listen to me). Then I kind of pivot onto the car seat. Then someone has to literally plant my feet on the ground. Then I have to use my upper body and my head and my legs to push me back in the seat. And then we go. And then we do it all over again when we get there.

That’s how it works if it’s my car. If it’s not mine, I have to think about a bunch of things like overall vehicle height, seat height, and leg space. But this all relies on my sister, and she wasn’t there to help me, so I couldn’t use a car. 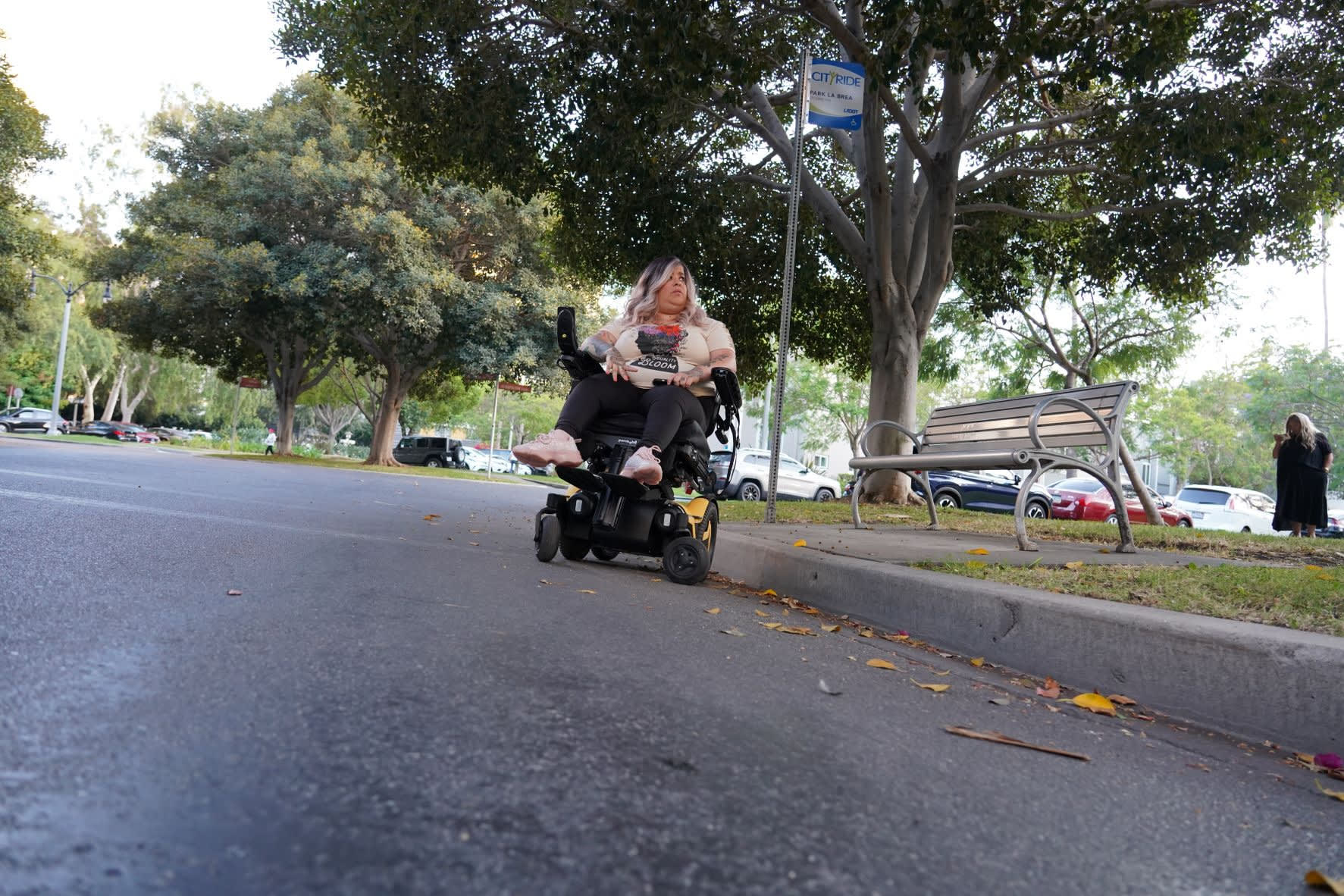 Most of the time, it’s about figuring out places I can get to that don’t require the bus. If I absolutely need to take the bus, it’s a whole day thing. It’s not like you can just take the bus everywhere and then wheelchair where you need to go. Then there’s my balance issue—if the bus ramps aren’t exactly level with the ground, I feel like I’m going to fall over.

A lot of times, the driver has to repeatedly yell at people to move out of the way because there are only two places on the bus where I can go. Sometimes people won’t move. And sometimes those two spots are already full. Which means I have to wait for the next bus. That's not an option when you're on a time schedule.

My experience with rideshare hasn’t been wonderful. There are only a few that are handicap accessible, so most of the time, I have to take a normal one. And these “normal ones” often don’t have the trunk space for my manual chair. I’ve actually had rideshare drivers pull up, see me, and drive off. They don’t even stop. 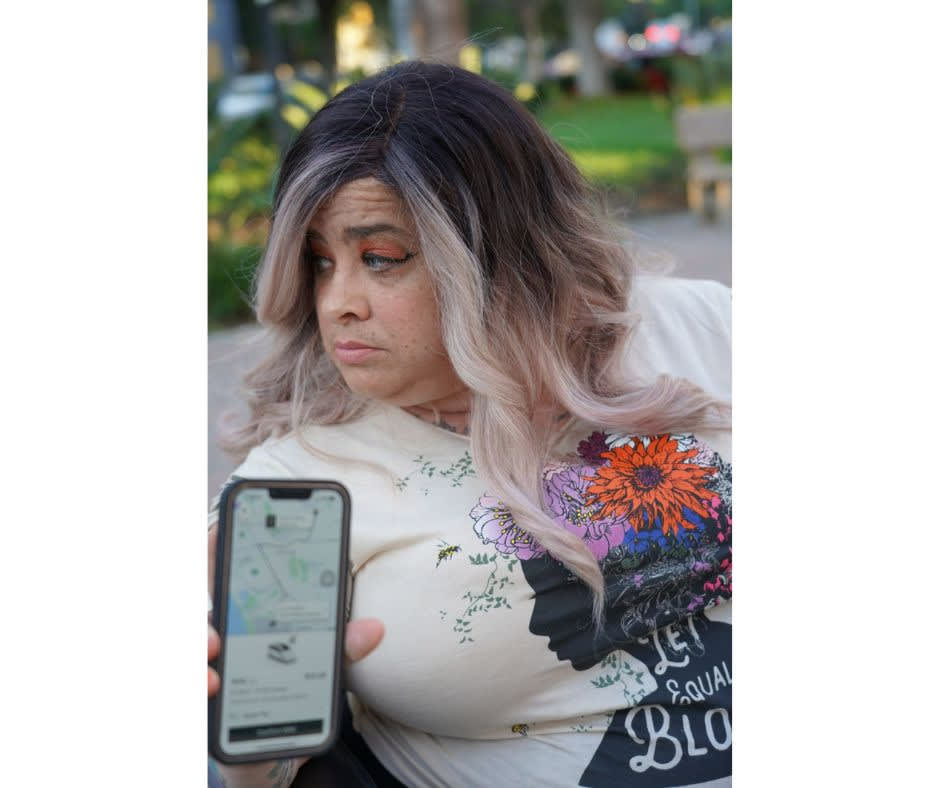 If they do stop, the drivers often look at me like I’m from another planet. They stand there and they watch my sister put me in the car, because, at that point, it’s easier just to put me in the car than me helping her.

For those who may not know, Access Paratransit is basically a curb-to-curb shared-ride service for people with disabilities.

Except, you have to schedule it 24 hours in advance. You have to know exactly what time you want to leave and what time you want to get picked up a day early. And it’s not a personal ride, it’s a shared ride, so after they pick you up, they might pick someone else up, and drop them off first. Unlike a bus or subway, you never have any idea of a timetable.

So what did I do in the end?

Let me be clear: I know I’m blessed to have any options. To have a sister willing to help me out as much as she does. All I want is to be treated like everyone else.

And that’s what I see self-driving cars doing.

I can already imagine what it would look like—to get in a car and put in where I’m going and just end up there. I can already imagine it opening this whole new world. I know that I’ve lived in this world, and I’ve seen a lot of things, but autonomous vehicles would just open so many doors.

And it would let me pick up my little sister at the airport.