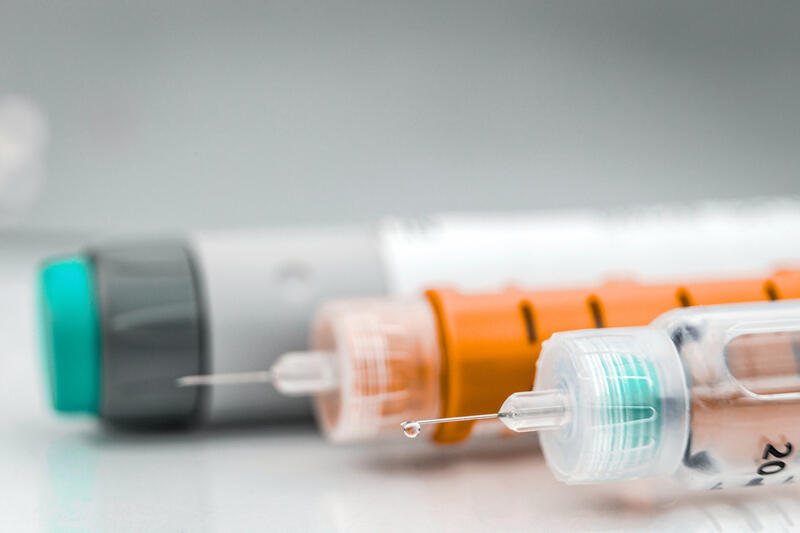 This bill, known as the Affordable Insulin Now Act, would limit cost-sharing for insulin under private health insurance and the Medicare prescription drug benefit. It would specifically cap cost-sharing under private health insurance for a month’s supply of selected insulin products at $35 or 25% of a plan’s negotiated price (after concessions), whichever is less, beginning in 2023. For the Medicare prescription drug benefit, cost-sharing would be capped at $35 in 2023 regardless of whether a beneficiary has reached the annual out-of-pocket spending threshold; and $35 beginning in 2024 for those who have not yet reached the annual out-of-pocket spending threshold.

Currently, the Centers for Medicare & Medicaid Services is testing a voluntary model under the Medicare prescription drug benefit (the Part D Senior Savings Model) in which the copayment for a month’s supply of insulin is capped at $35 through participating plans. This model is set to expire on December 31, 2025.

Insulin costs are through the roof, which causes patients to ration or forgo this lifesaving drug. This has consequences for patient health, economic productivity, and other aspects of society. Capping insulin at $35 per month would benefit everyone.

Capping insulin prices is a very narrow response to broader problems associated with skyrocketing drug prices in general. Rather than wasting time on this limited intervention, Congress should instead undertake large-scale drug pricing reform.

The Congressional Budget Office (CBO) estimates that this bill would cost $2 billion per year.

In-Depth: Sponsoring Rep. Angie Craig (D-MN) introduced this bill to cap the out-of-pocket cost of insulin at $35 per month:

“Every day, thousands of Minnesotans and millions of Americans struggle to obtain potentially life-saving drug treatments due to the skyrocketing cost of insulin, which has more than doubled in the past few years alone. Right now, Minnesotans are rationing their treatments and risking their own lives simply because Congress cannot take meaningful action to lower the cost of insulin. Today, I’m proud to partner with my colleagues to reverse that trend and provide relief to working Americans who are already struggling to keep up with rising prices.”

“Insulin must be affordable and accessible for every citizen who needs it. Tragically, that is not the case for so many Americans across the country, including many right here in my own district. I am proud to work with my colleagues and fight to reduce the cost of prescription drugs, because no American should have to make the choice between paying their rent or paying for their insulin. By capping the price of insulin at $35 per month, this legislation takes a much-needed step towards making this lifesaving drug affordable for every American.”

The American Diabetes Association (ADA) is among a number of drug pricing advocacy groups that supports this legislation. Its chief advocacy officer, Lisa Murdock, says:

“The American Diabetes Association, the leading advocate for an insulin out-of-pocket patient co-pay cap, is excited to endorse the Affordable Insulin Now Act introduced by Representatives Angie Craig, Dan Kildee and Lucy McBath today. The bill’s $35 monthly out-of-pocket cap on insulin could be life-changing for the millions of Americans with diabetes who use insulin. This legislation is especially important for the one in four individuals with diabetes who were forced to ration their insulin during the COVID-19 pandemic due to increasing cost.”

Sen. Chuck Grassley (R-IA), who has worked extensively with Sen. Finance Committee Chairman Ron Wyden (D-OR) on investigations and legislation dealing with insulin costs, has indicated a preference for a broader approach than the one that this bill would take. Sen. Grassley’s spokesperson, Taylor Foy, says:

“There’s no doubt that insulin is one of many essential medications that has become less and less affordable. Bipartisan proposals in Congress, such as the Grassley-Wyden Prescription Drug Pricing Reduction Act, would address the root causes of price increases for not just insulin, but many other medications as well.”

Some stakeholders in the pharmaceutical industry maintain that it is middlemen, not drug producers, who jack up drug prices and cause skyrocketing customer prices. In this view, this legislation may not represent an effective intervention.

This legislation has 30 Democratic cosponsors.

Of Note: Costs to treat diabetes and other life-threatening ailments have skyrocketed in recent years. The Health Care Costs Institute reports that insulin prices nearly doubled from 2012 to 2016; as a result, the average price for a 40-day supply of insulin increased from $344 to $666.

The Centers for Disease Control and Prevention (CDC) reports that medical costs, as well as lost work and wages, for people with diabetes totals $327 on an annual basis. The American Diabetes Association claims that diabetics account for $1 out of every $4 spend on healthcare in the U.S.