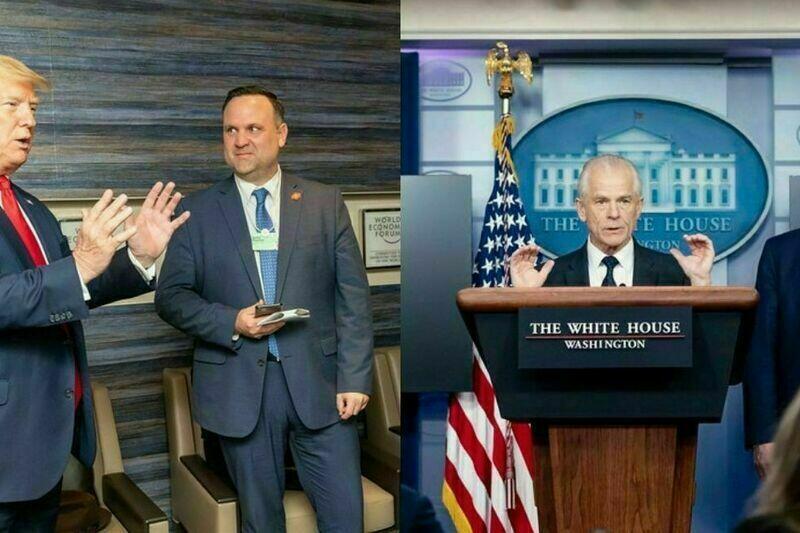 Should Peter Navarro & Dan Scavino, Jr., Be Held in Contempt of Congress for Refusing to Comply With the January 6th Committee’s Subpoenas? (H. Res. 1037)

This resolution would hold Peter Navarro and Dan Scavino, Jr., in contempt of Congress for failing to comply with subpoenas issued by the Select Committee to Investigate the January 6th Attack on the U.S. Capitol. It would allow the House leadership to pursue enforcement of the subpoena in federal court; and to criminally refer Navarro and Scavino to the Dept. of Justice (DOJ) for the agency to consider his prosecution under criminal contempt statutes (although the DOJ historically declines to prosecute criminal contempt referrals).

Peter Navarro and Dan Scavino, Jr., have refused to comply with legally valid subpoenas issued by the Select Committee to Investigate the January 6th Attack on the Capitol. They should be held in contempt of Congress so that House leadership can pursue enforcement of the subpoenas in federal court, and referred to the Dept. of Justice for potential prosecution under criminal contempt statutes.

It’s unclear whether the subpoena is lawful and this is nothing more than an attempt by Democrats to score political points. It wastes valuable floor time in the House of Representatives and precious taxpayer dollars by pursuing what will be a lengthy battle in federal court where an outcome in favor of House Democrats is far from certain.

Peter Navarro; Dan Scavino, Jr.; the House of Representatives; and the Dept. of Justice.

In-Depth: Rep. Bennie Thompson (D-MS), chairman of the House Select Committee to Investigate the January 6th Attack on the U.S. Capitol, explained that this contempt referral is necessary because the claims of executive privilege made by Peter Navarro and Dan Scavino, Jr., aren’t accurate:

“Dan Scavino and Peter Navarro were two of the ex-President’s senior advisors on January 6th and in the run-up to that date. Mr. Scavino was Mr. Trump’s top communications aide. Taxpayers paid him to hold the keys to the infamous Twitter account. Mr. Navarro was a trade advisor, but whose activities swerved far outside that lane. Both of these men have refused to comply with the Select Committee’s subpoena in any way, based on assertions of executive privilege. First of all, the Select Committee wanted to ask both of them questions dealing with matters that clearly fall outside any possible claim of executive privilege. To put it plainly, they were both involved in efforts to challenge or overturn the election. Last I checked, a president’s attempt to stay in power after the people voted him out of office aren’t the sort of things where executive privilege applies. Secondly, and here’s where it gets a little more complicated, neither of these witnesses has properly asserted a claim of privilege. That’s lawyer talk, so let me put it more plainly: if you’re a witness in some sort of legal proceedings—it may be a criminal investigation, it may be a civil lawsuit, it may be a congressional probe—you may get a subpoena—an order telling you to show up at such a place and such a time to answer questions. You have to show up. That’s the law.”

House Rules Committee Ranking Member Tom Cole (R-OK) countered that the question of whether Navarro and Scavino have valid executive privilege claims would be better left to the courts rather than the House, and argued that this contempt resolution will ultimately undermine lawmakers’ subpoena authority:

“The two individuals who are the subject of today’s criminal contempt referral were both high-ranking officials in the Trump White House. As the committee is well aware, President Trump has repeatedly asserted questions of executive privilege. My understanding is that both of these individuals have complied with President Trump’s request and have themselves asserted executive privilege in response to the Select Committee’s wide-ranging subpoenas, as they should have. Indeed, both of these individuals have a legal duty to do so. Nonetheless, the Select Committee is now seeking to refer these two individuals for prosecution for criminal contempt. I would remind the committee that criminal contempt is inherently punitive. It does not force production of documents or compel absent testimony. Rather, it merely seeks to publicly punish and shame an individual for non-compliance. The two individuals at issue have presented legitimate concerns about the scope of subpoenas issued to them and have raised legitimate concerns surrounding executive privilege. These concerns are for the courts to decide, not the House. The more the Select Committee seeks to abuse its subpoena authority, the more the House’s authority will be weakened in the long run. We would be better served to protect the House’s subpoena power by doling them out judiciously, in a fair and constitutional way. And we would be much better served not to make punitive criminal contempt referrals for individuals who are adhering to the former president’s wishes concerning executive privilege, at least until the courts have made a final decision with respect to the scope of executive privilege.”

The select committee advanced this resolution on a unanimous vote, with all seven Democrats plus Reps. Liz Cheney (R-WY) and Adam Kinzinger (R-IL) voting in favor.

Of Note: The House has voted to hold several people in contempt of Congress in connection with the investigation of the January 6th attack on the Capitol: