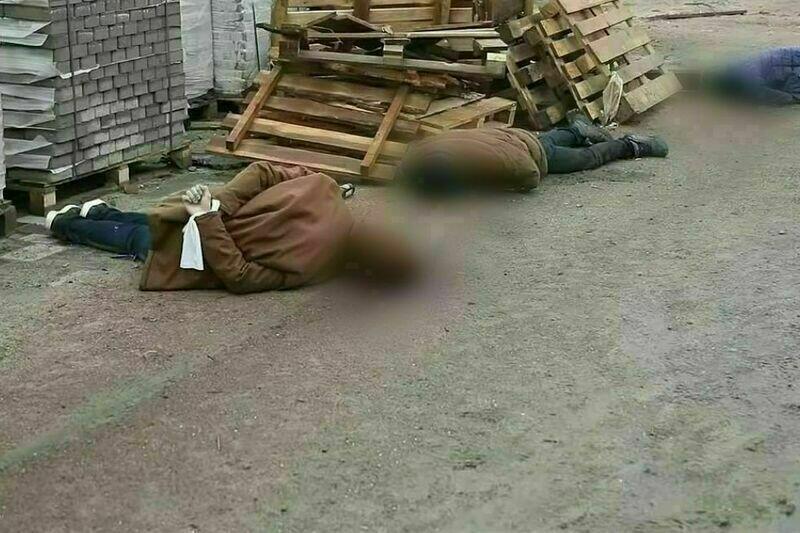 This bill — the Ukraine Invasion War Crimes Deterrence and Accountability Act — would express the sense of Congress that Russia under the leadership of Vladimir Putin has committed war crimes during its invasion of Ukraine. It would also make it U.S. policy to collect, analyze, and preserve evidence and information related to war crimes and other atrocities committed during the Russian invasion for use in appropriate domestic, foreign, and international courts and tribunals responsible for such crimes; help deter the future commission of war crimes by publicizing efforts to identify and prosecute those responsible to the maximum extent possible; and continue efforts to identify, deter, and pursue war crimes committed around the world and to leverage international cooperation in those efforts. The president would be responsible for producing a report for congressional committees, which may include a classified annex, regarding the federal government’s efforts to investigate war crimes and hold perpetrators to account.

Among the war crimes that this bill would contend Russia has committed in Ukraine under Putin’s leadership include:

Additionally, this bill would express the sense of Congress that:

This bipartisan bill would ensure that U.S. government agencies compile evidence of war crimes committed amid Russia’s invasion of Ukraine and share that with courts and tribunals to hold the perpetrators accountable and deter the commission of future war crimes.

There are already a number of foreign governments and non-governmental organizations that are investigating war crimes in Ukraine, so U.S. government agencies don’t need to collect evidence to contribute to those efforts.

Federal agencies; Congress; the president; judicial bodies and tribunals with jurisdiction over war crimes committed in Ukraine; and the victims and perpetrators of war crimes in Ukraine.

“Based on the reports coming out of Ukraine, it is clear that Putin and the armed forces of the Russian Federation are committing war crimes. It is vital that the U.S. and the free world build a case against Russia for their atrocities and work to deter them from committing future war crimes. We owe the brave Ukrainian people this commitment.”

“Vladimir Putin’s unlawful and unprovoked military invasion of Ukraine has pummeled civilian targets, including schools and hospitals, flattened cities, and killed or injured civilians. This legislation requires the Administration to detail the process our government will undertake to collect, analyze, and preserve evidence of these war crimes, so that perpetrators of these and other atrocities are held accountable. It also requires the Administration to describe the process through which a domestic, foreign, or international court or tribunal could request and obtain information related to war crimes or other atrocities from the United States. In introducing the Ukraine War Crimes Act, the U.S. Congress is sending an unequivocable message to Putin’s regime that we will work tirelessly to hold perpetrators of war crimes and other atrocities to justice.”

This legislation has the support of 22 bipartisan cosponsors, including 12 Republicans and 10 Democrats.

Of Note: In the time that has passed since Russia launched its invasion of Ukraine on February 24, 2022, evidence of war crimes committed by Russian forces has mounted by the day. The pace of such discoveries has accelerated as the war has dragged on and Ukrainian forces have stopped Russia’s advance on the capital city of Kyiv. Over the last week, Russia has withdrawn from several of Kyiv’s suburban communities where there was heavy fighting, including Borodyanka, Bucha, Hostomel, and Irpin to the north and west of the capital; Brovary to the east; and cities further away from the Kyiv metro area like Chernihiv and Sumy. War crimes, including the deliberate targeting of civilians, have also been witnessed in eastern cities like Kharkiv, in the Donbas, and in southern Ukraine in places such as Mariupol and Kherson.

Some of the most heinous images of war crimes reported as of early April 2022 have come from the recently liberated town of Bucha where hundreds of residents were killed during the Russian occupation. Numerous bodies of civilians who were executed have been found in a mass grave. Others were shot on sight in the street, some with groceries in hand, and left to lay in the streets for weeks according to a review of satellite imagery by the New York Times. Several military age Ukrainian men, including veterans, were apparently executed while their hands were bound behind their backs. There are also images of families with children who were killed in their cars while trying to flee or executed in their homes. Local residents

An unknown number of civilians have been killed since Russia invaded, although the total is likely in the thousands, as Russian war crimes have also included the deliberate targeting of civilian infrastructure, such as hospitals, schools, and places of worship. In the early days of the war, a maternity and pediatric hospital in Mariupol was shelled by Russian forces. Ukrainian officials reported that as many as 300 people were killed when a Russian airstrike targeted a theater in Mariupol that was being used as an air raid shelter despite civilians having written the word “children” written largely in Russian on the ground outside the theater.

Rape is internationally recognized as a war crime when committed in the course of an armed conflict and there have been numerous reports of Ukrainian women and girls being raped by Russian forces. In some cases, women and girls whose remains showed evidence of rape were executed, including some whom Russians attempted to burn their corpses in the street. Others who survived their assault have received care at medical facilities after escaping back into territory controlled by Ukraine, where authorities are gathering information about the perpetrators.