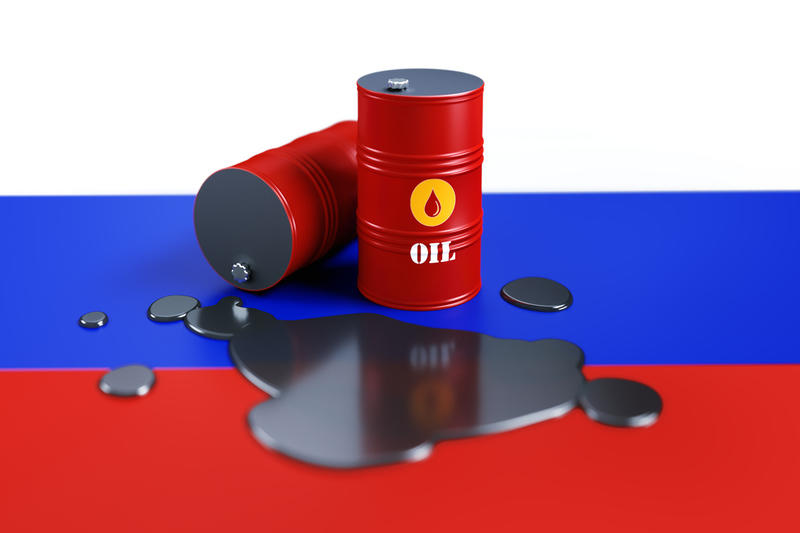 This bill — the Suspending Energy Imports from Russia Act — would ban Russian energy imports effective 45 days after this bill’s enactment. The president would be authorized to allow imports pursuant to a written contract or agreement entered into before the date of this bill’s enactment. The president could also waive the prohibition on Russian energy imports if the president certifies that doing so for specified products is in the national interest of the U.S., with the waiver taking effect 90 calendar days after the certification is submitted unless Congress enacts a resolution of disapproval during the 90 day period. To submit a waiver, the president would be required to consult with relevant congressional committees within 15 days. A congressional disapproval resolution could be considered in both chambers under expedited procedures outlined in the bill.

This bill would also require the U.S. Trade Representative to urge other members of the World Trade Organization to condemn Russia’s aggression in Ukraine by suspending trade concessions to Russia and take steps to suspend Russia’s participation in the WTO.

Russia’s unprovoked war of aggression against Ukraine needs to be condemned and punished to the greatest practical extent. Congress should ban Russian energy imports and the president should be required to submit a public waiver on national security grounds that can be overturned by the legislative branch.

This bill doesn’t go far enough in punishing Russia for its invasion of Ukraine. The ban on energy imports should take effect immediately, there shouldn’t be an exemption for imports pursuant to a pre-existing contract, and the president shouldn’t have the authority to issue a national security waiver of the ban.

“We’ve all seen the heartbreaking footage of this war’s innocent victims. We’ve heard the harrowing stories of families who have been torn apart. And we’ve watched with admiration as the Ukrainian people have courageously defended their homeland. This unprovoked, unjustified invasion is a horrific stain on humanity. Today, we in Congress will firmly condemn Putin’s aggression with the legislation before us. Inaction simply is not an option.

I am proud that the Ways and Means Committee led the development of this package. The Russian regime relies on energy sales to fund its offensive. This bill will cut off some of that revenue with a ban on the import of Russian oil and energy products into the United States. The more economic pain we inflict on Putin, the more pressure he will feel to finally end this campaign of terror on the Ukrainian people. The legislation also takes steps to review Russia’s participation in the World Trade Organization. Membership in the WTO is a privilege that comes with responsibilities, and bad actors who destabilize global security should not enjoy the economic benefits of belonging to that body. Broad bipartisan support exists in Congress for these meaningful actions to hold Putin accountable and support the Ukrainian people. With this legislation, we reaffirm our commitment to peace and to democracy.”

House Rules Committee Ranking Member Tom Cole (R-OK) said the following about this bill when it was debated in his committee:

“Our first item is a bill to ban imports of Russian oil into the United States and to impose additional sanctions following Russia’s unprovoked and unjust invasion of Ukraine. While I will be supporting this measure, I cannot help but feel that the process that got us here is unfortunate. Over the weekend, Republicans and Democrats in the House and Senate negotiated a bipartisan, bicameral deal on this bill. The original agreement was much stronger and would have been on an easy glide path to passage into law. In fact, Senators Wyden and Crapo have indeed introduced that agreement this evening in the Senate. But instead, we are faced with a weaker bill – one that is watered down, one that does not take appropriate steps to remove most favored nation status from Russia and one that ensures a glaring loophole for Russian oil to enter the United States.

I do not understand why the Majority does not want to ensure a clear ban on Russian oil imports, just as I cannot understand why the president is asking every other country other than the United States to pump more oil to meet the current crisis. We could be addressing our energy needs right here, at home, with oil and gas produced in America. But instead, President Biden unilaterally canceled the Keystone XL Pipeline, canceled oil and gas production on federal land and told Americans worried about high gas prices to go buy expensive electric cars. Hardly the way to limit the pain experienced by American consumers. I cannot help but feel that this is a half measure and a missed opportunity. This is a significantly weaker bill than the one we would have had if the Majority had simply taken yes for an answer. We had a better option, Mr. Chairman.”

The Biden administration sought to lobby against this legislation while it was being drafted on a bipartisan basis but ultimately relented when it became apparent that the support from both sides of the aisle in the House and Senate would result in legislation being passed regardless of opposition from the White House. President Joe Biden announced executive actions banning Russian energy imports after congressional leaders reached an agreement with the administration on the specifics of the legislation that would receive a floor vote.

A few provisions in the original version of this bill were removed and added instead to a bill cutting off free trade relations with Russia and Belarus that passed both chambers of Congress, including: