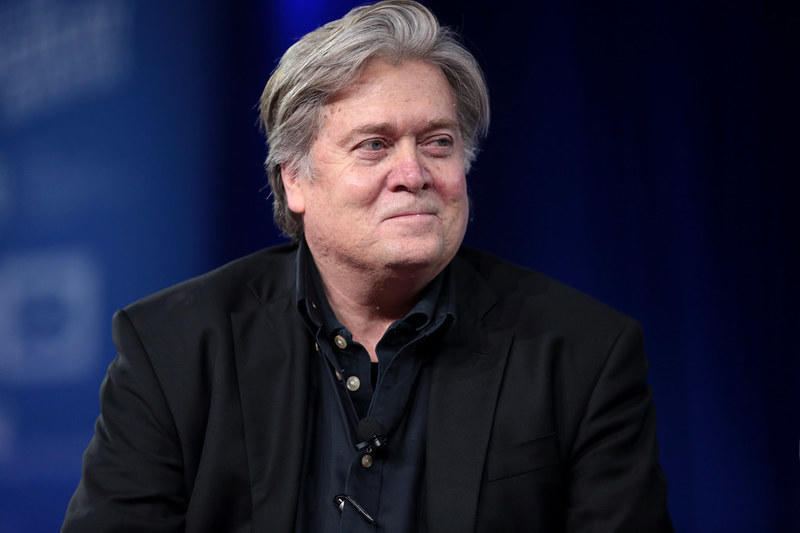 Should Stephen Bannon Be Held in Contempt of Congress for Refusing to Comply With the January 6th Committee’s Subpoena? (H. Res. 730)

This resolution would hold Stephen Bannon in contempt of Congress for failing to comply with a subpoena issued by the Select Committee to Investigate the January 6th Attack on the U.S. Capitol. It would also allow House leadership to pursue the enforcement of the subpoena in federal court; and to criminally refer Bannon to the Dept. of Justice to consider his prosecution under criminal contempt (although the DOJ historically declines to prosecute criminal contempt referrals). Bannon has refused to provide the select committee with relevant documents or appear for a deposition, citing executive privilege.

Stephen Bannon has refused to comply with a legally valid subpoena issued by the Select Committee to Investigate the January 6th Attack on the Capitol. He should be held in contempt of Congress so that House leadership can pursue enforcement of the subpoena in federal court, and referred to the Dept. of Justice for potential prosecution under criminal contempt statutes.

It’s unclear whether the subpoena is lawful and this is nothing more than an attempt by Democrats to score political points. It wastes valuable floor time in the House of Representatives and precious taxpayer dollars by pursuing what will be a lengthy battle in federal court where an outcome in favor of House Democrats’ is far from certain.

Stephen Bannon; the House of Representatives; and the Dept. of Justice.

In-Depth: Select Committee to Investigate the January 6th Attack on the Capitol Chairman Bennie Thompson (D-MS) explained the committee’s subpoena of Bannon related to its investigation:

“That’s why we wanted to hear from Mr. Bannon. Since January 6th, there’s been a good deal of public reporting about his involvement in events surrounding January 6th. His own comments have suggested the same thing. “All hell is going to break loose tomorrow,” he said on his podcast. “It’s not going to happen like you think it’s going to happen…. All I can say is, strap in…You made this happen and tomorrow it’s game day.  So strap in.” The record goes on and on. It appears from reporting that he was involved in the so-called “stop the steal” campaign from the get-go. He was part of a “war room” that met at the Willard Hotel the night before the January 6th attack. And Mr. Bannon reportedly spoke with President Trump several times in the days and weeks leading up to the January 6th attack. He apparently encouraged the President to try to interfere with the electoral vote count. It appears that these events are all closely tied to the riot that erupted on January 6th. We need to understand everything about them. We need the full context. We’re not asking to talk to Steve Bannon on a whim. We’re doing it because we believe he has first-hand, specific knowledge that the Congress needs to have to conduct our investigation. Further, the American people deserve to hear from Mr. Bannon under oath.”

“Mr. Bannon has written to us suggesting that he's relying on the fact that President Trump wishes to assert executive privilege for his communications with Bannon regarding the planning for January 6th. We do not believe any such privilege claims are appropriate, and even if such privilege existed, it is still not absolute or unqualified. We are confident that we will prevail on these privilege issues. But there is a more important and more fundamental point here. The vast majority of what we need from Mr. Bannon is not even conceivably subject to an executive privilege claim. Mr. Bannon is using privilege as a pretext for not appearing at all and for producing absolutely no documents of any kind. That puts this institution's authority at significant risk, not just here and now, but in all future investigations.”

House Minority Leader Kevin McCarthy (R-CA) told reporters that he believes the select committee’s subpoena is invalid and that the issue should be resolved in court:

The select committee advanced this resolution on a unanimous vote, with all seven Democrats plus Reps. Liz Cheney (R-WY) and Adam Kinzinger (R-IL) voting in favor.