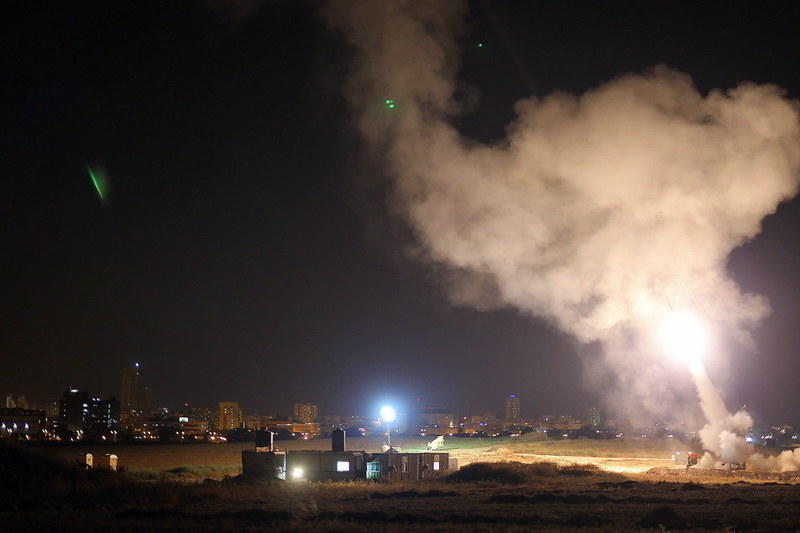 This bill would provide $1 billion in supplemental appropriations to provide for the procurement of interceptors for the Iron Dome missile defense system to replenish Israel’s reserve. Iron Dome is co-developed by the U.S. and Israel, and Israel had to use a significant number of interceptors to counter rockets fired by Hamas — which has been designated a terrorist organization by the U.S. — during the conflict earlier this year. The funding would remain available until the end of fiscal year 2024.

Israel is a close U.S. ally and the Iron Dome missile defense system is a vital area of collaboration in that partnership because it protects Israeli civilians from rockets fired by terror groups like Hamas. More interceptors are needed for Israel’s Iron Dome defense system because of the volume of rockets fired into Israel earlier this year, so the U.S. should ensure Israel can continue to defend itself from such threats.

The U.S. should not be paying for Israel to replenish its supplies of missile defense interceptors even if the Iron Dome was developed jointly by the U.S. and Israel. Blocking funding for the Iron Dome missile defense system is an opportunity to rebuke the Israeli government for perceived human rights violations or other issues, and the U.S. needs to distance itself from Israel.

The Dept. of Defense; and Israel.

“The United States’ commitment to the security of our friend and ally Israel is ironclad. Replenishing interceptors used to protect Israel from attacks is our legal and moral responsibility. While this funding would ordinarily be included in a year-end spending package, we are advancing this legislation now to demonstrate Congress’ bipartisan commitment to Israel’s security as part of a Middle East with lasting peace.”

The Iron Dome provision was removed following the protests of progressive Democrats according to Politico, which reported the group included lawmakers who unsuccessfully attempted to block the sale of precision-guided munitions to Israel in May. That group of House lawmakers was led by Reps. Alexandria Ocasio Cortez (D-NY), Mark Pocan (D-WI), and Rashida Tlaib (D-MI). Tlaib tweeted that she plans to oppose the standalone Iron Dome bill and added, “We must stop enabling Israel’s human rights abuses and apartheid government.”

A day after the Iron Dome provision was removed from the broader package, House Majority Leader Steny Hoyer (D-MD) announced the introduction of a standalone Iron Dome funding bill and tweeted that he “will bring this urgently needed measure to the House Floor tomorrow for a vote to ensure Israel has the ability to defend itself.” Hoyer had spoken with Israeli Foreign Affairs Minister Yair Lapid about the Iron Dome issue.

Several Democratic lawmakers who approve of U.S. support for Israel’s ability to defend itself expressed their frustration with the progressives’ effort to stop the replenishment of Iron Dome. Rep. Elissa Slotkin (D-MI) sent a series of tweets about Iron Dome and the long-running U.S. role in its sustainment and observed that “to target Iron Dome now means the issue isn’t a genuine concern over the system, but rather the desire to attack something - anything - related to the State of Israel; it’s devoid of substance and irresponsible.” Rep. Ritchie Torres (D-NY) tweeted, “A missile defense system (i.e. Iron Dome) defends civilians from missiles. Hence the name. Only in a morally inverted universe would this be considered a ‘controversy.’”

Senate Majority Leader Mitch McConnell (R-KY) introduced a continuing resolution that would include Iron Dome funding, which he said “would restore the defensive assistance for our ally Israel that House Democrats stripped out to appease some of the worst elements of the far left.”