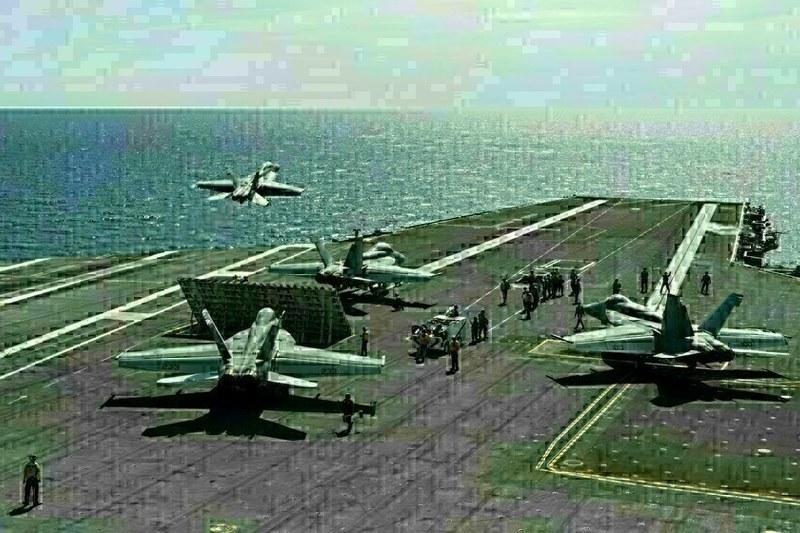 This bill — the National Defense Authorization Act (NDAA) for Fiscal Year 2022 — would authorize a total of $768.1 billion in defense funding for fiscal year 2022, including $739.5 billion in discretionary defense spending, along with $28.2 billion for nuclear defense activities by the Dept. of Energy. It is purely an authorization bill that wouldn't provide actual funding, which would be approved through the regular appropriations process. A breakdown of how the various provisions in the NDAA would impact troops, military families, equipment, the Dept. of Defense, U.S. allies and partners, and other aspects of U.S. defense policy can be found below.

Troops & Families: This section would fund an increase in military basic pay by 2.7%; authorize a basic needs allowance to qualified, low-income servicemembers; and increase allowable parental leave for primary and secondary caregivers. It would also require women to register for the Selective Service System; establish a National Guard branch for the Space Force. Additionally, it would:

Equipment & Construction: The acquisition and modernization of several key defense technologies would be continued to increased under this bill, including:

Nuclear Deterrence: The Secretary of the Air Force would be directed to conduct an independent review of the Ground Based Strategic Deterrent program to ensure best practices are incorporated into the engineering and manufacturing development phase, including the use of digital engineering, and to assess options to reduce cost of the program and introduce competition for operations and sustainment.

The future award of a production contract for the Long-Range Standoff Weapon would be prohibited until additional cost analysis and justification is completed and requires a briefing on how any warhead development delays would impact the program.

Additionally, the Secretary of Defense would be required to conduct a “fail safe” review of nuclear weapons, command and control, and the Integrated Tactical Warning and Attack Assessment systems. Requested funding for nuclear clean-up activities would be authorized.

A publicly available report on threats regarding Weapons of Mass Destruction by China and Russia would be required.

Phase two of the National Security Space Launch program would be supported by this bill. The Secretary of Defense, in coordination with the Director of National Intelligence, would be required to provide a report on efforts to continue innovation and competition in launch, with particular focus on requirements for space access, mobility, and logistics.

Russia: This section would express the sense of Congress in strong support of the U.S. commitment to the North Atlantic Treaty Organization (NATO) alliance and European partners. The European Deterrence Initiative (EDI) would be fully funded along with additional capabilities that support deterrence in the European Command area of operations. It would also:

China: This section would contain multiple provisions to address strategic challenges posed by the government of the People’s Republic of China (PRC), including:

Pacific Deterrence Initiative (PDI): This bill would provide at least $8.8 billion in funding for programs within the PDI and adjust funding levels for programs that aren’t being executed well.

Missile Defense: The Missile Defense Agency would be required to deliver the Homeland Defense Radar - Hawaii with deployment of the Next Generation Interceptor to increase protection and discrimination coverage to the state of Hawaii. This section would authorize additional funding for:

Alliances & Partnerships: This section would:

Afghanistan: This section would express the sense of Congress about the importance of the Special Immigrant Visa (SIV) program and honoring commitments to those Afghan partners who support the U.S. mission in Afghanistan at great personal risk. It would authorize $500 million for DOD relocation support for SIVs and at-risk Afghans.

Funding would be authorized for costs associated with the termination of Operation Freedom’s Sentinel and termination of support to the Afghan government security forces, such as costs for returning equipment and other material into DOD stock.

The Secretary of Defense would be required to provide in-depth reports and briefings to Congress about the U.S. ability to counter terrorism, provide accountability on military equipment left in Afghanistan, and the plan to rescue American citizens and Afghan allies who remain in the country.

A commission on the war in Afghanistan would be established covering the entire 20 years of the U.S. and NATO presence in Afghanistan, in addition to the years of Taliban control prior to 2001, and would make recommendations about lessons learned.

This bill would also:

Congress’s foremost constitutional duty is to provide for the national defense. This bipartisan bill is a compromise that will provide budgetary resources needed to strengthen the military at a time when global threats are increasing.

The U.S. government shouldn’t be spending $768 billion on national defense., given how much more America spends than its adversaries. Military spending should be reduced to reflect other domestic priorities for the federal budget.

“For more than sixty years this committee’s focus has been to provide the Department of Defense and the men and women who serve our country with the tools to meet the ever-changing national security threats we face. For the sixty-first consecutive year, the Armed Services Committee has fulfilled its critical responsibility and completed, on a bipartisan basis, a defense bill that will bolster our national security and provide for the common defense. This year the defense bill focuses on transforming DoD to better deter our adversaries while taking advantage of new, innovative technologies and implementing more cost-effective approach to develop and acquire crucial platforms. The future of our defense depends on our committee’s tough policy discussions about what DoD needs, how to fill these needs, and the necessary tradeoffs to ensure the United States maintains a competitive edge over its adversaries.”

“Nothing is more important than providing for the defense of our nation. We face threats from a rising China and a re-emerging Russia, and the Biden-Harris administration chose to propose a weak defense budget. I am pleased that the Armed Services Committee once again passed a National Defense Authorization Act out of the Committee this morning. We did so in a bipartisan manner, including voting together to address the shortfall in the Biden budget. I thank Chairman Smith and our Republican and Democrat colleagues for their hard work on this year’s NDAA markup. I look forward to this bill moving to the floor and being signed into law."

The House Armed Services Committee advanced this bill on a bipartisan vote of 57-2. Among the amendments adopted by the committee were a $23.9 billion increase to the topline budget above the Biden administration’s request on a bipartisan 42-17 vote, and a requirement that women register for the military draft on a 35-24 vote.