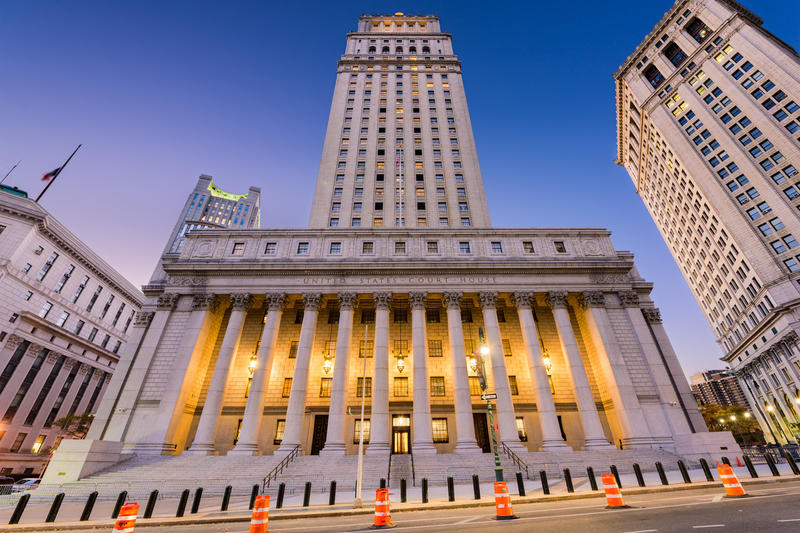 Should the State Dept. Offer Bounties for the Arrest or Conviction of Suspected Perpetrators of Genocide & War Crimes Who'll Be Prosecuted in U.S. or Foreign Courts? (H.R. 4250)

This bill — the War Crimes Rewards Expansion Act — would clarify that the State Dept. is authorized to use its War Crimes Rewards Program (WCRP) to obtain information leading to the arrest or conviction of individuals suspected of committing war crimes who haven’t been charged by an international tribunal. The State Dept. would be permitted to offer rewards for crimes that would be prosecuted under the laws and statutes of the U.S. and other countries. The WCRP offers cash awards of up to $5 million, but it is unclear whether current law allows it to be used to target individuals who haven’t been charged with war crimes by an international tribunal, which this bill would expand WCRP to include. Rewards can only be paid for information related to specific individuals designated by the State Dept.

The bill would make U.S. and foreign government officials, including military and police, ineligible to receive WCRP rewards if the information is furnished in the course of official duties.

The State Dept. War Crimes Rewards Program should be expanded to allow for the use of bounties for information leading to the arrest or conviction of suspected war criminals and perpetrators of genocide who would be prosecuted in the courts of the U.S. or other countries, which can be more effective than tribunals in some cases.

A CBO cost estimate is unavailable. When this legislation was considered in a previous Congress, the CBO was unable to estimate how much more would be paid out in bounties through the State Dept. War Crimes Rewards Program if the bill was enacted.

In-Depth: Sponsoring Rep. Virginia Foxx (R-NC) reintroduced this legislation to allow the use of the State Dept.’s War Crimes Rewards Program to offer rewards for the arrest, conviction, or transfer of war crimes suspects who would be prosecuted in the U.S. or other countries. She offered the following statement after the House passed it unanimously on a voice vote for the second consecutive Congress as the 116th Congress was drawing to a close in December 2020:

“The brute force of law must be swiftly and decisively applied to the perpetrators of war crimes, crimes against humanity, and genocide across the world. With the passage of the War Crimes Rewards Expansion Act, the United States Government, and governments across the world, take a leap forward in the pursuit of justice. Under current law, the United States Government can use the War Crimes Rewards Program (WCRP) to pay bounties for information that helps bring these perpetrators to justice. [This bill] clarifies that the WCRP rewards can also be allocated for prosecutions that fall under domestic law – including U.S. law or the law of another country – in addition to the laws of international tribunals. I’m pleased to see the House pass this vital legislation so that future atrocities will be thwarted, and the many victims of these horrendous acts will receive the justice they so deserve.”

When Foxx introduced this legislation in the 116th Congress she and lead cosponsor, former Rep. Eliot Engel (D-NY) who chaired the Foreign Affairs Committee, they wrote a dear colleague letter which encouraged lawmakers to cosponsor the bill and explained the following about its intent:

“Under current law, the United States Government can use the War Crimes Rewards Program (WCRP) to pay bounties for information that helps bring to justice the perpetrators of war crimes, crimes against humanity, and genocide. This program has led to the arrest of fugitives from the International Criminal Tribunal for the Former Yugoslavia and the Criminal Tribunal for Rwanda. However, the law does not clearly state that rewards can be provided for prosecutions that take place under domestic law rather than the law of an international tribunal. The War Crimes Rewards Expansion Act would clarify this ambiguity, ensuring that the WCRP can be used for prosecutions that take place under domestic law – including U.S. law or the law of another country – in addition to the laws of international tribunals. This clarification will build on the WCRP’s success, providing the State Department with clear authority to use rewards for a wider range of prosecutions. Under certain circumstances, atrocities can be prosecuted with the greatest impact in national courts, within the societies in which the crimes occurred. Doing so can help ensure the parties understand the law, witnesses have access to the trials, and public awareness is maximized.”

This legislation passed the House Foreign Affairs Committee on a voice vote and has the support of eight bipartisan cosponsors, including four Democrats and four Republicans. This legislation was reintroduced during the 116th Congress and passed the House on a voice vote but did not receive a vote in the Senate. In the 115th Congress, this bill passed the House unanimously with the support of seven bipartisan cosponsors, including four Republicans and three Democrats. However, it didn't receive a Senate vote and therefore didn't become law last Congress.