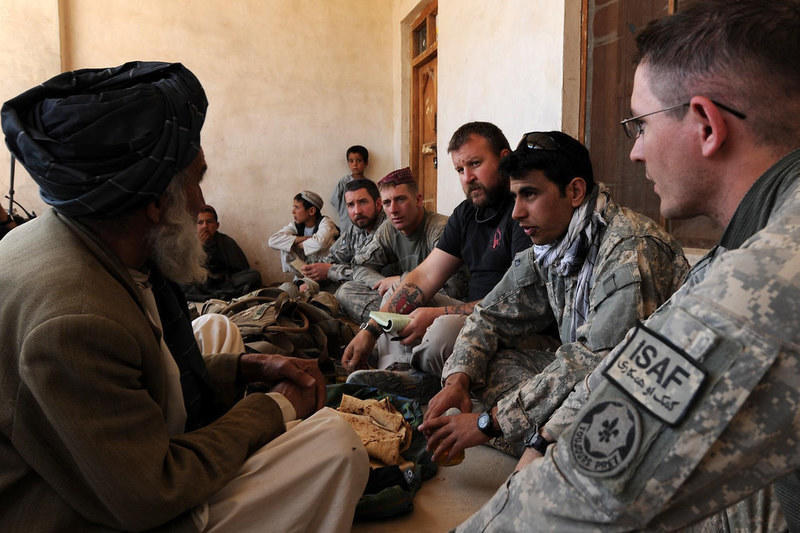 Should the Number of Special Immigrant Visas Available for Afghans Who Worked With the U.S. Be Increased? (H.R. 3985)

This bill — known as the ALLIES Act — would increase the number of Special Immigrant Visas (SIVs) available to Afghans who served as translators or otherwise assisted the U.S. and coalition forces in Afghanistan by 8,000 (which would raise the overall cap to 18,000 to cover the backlog of applicants). It would remove the requirement that eligible Afghans have engaged in “sensitive and trusted” employment with the International Security Assistance Force to expand the pool of qualified applicants; in addition to ending the requirement for a “credible sworn statement” about the threat applicants face for having worked on behalf of the U.S. government due to the public and clandestine reporting that Afghans who worked for the U.S. face heightened risk of retribution from the Taliban.

The bill’s full title is the Averting Loss of Life and Injury by Expediting SIVs (ALLIES) Act of 2021.

Under current law, there aren’t enough Special Immigrant Visas (SIVs) to accommodate all of the Afghans who worked with the U.S. government or coalition partners and wish to come to America amid death threats by the Taliban. This bill would raise the cap on SIVs to meet demand in addition to making other changes that streamline the program to operate more efficiently amid the U.S. withdrawal from Afghanistan.

Congress shouldn’t increase the number of Special Immigrant Visas (SIVs) available to Afghans who worked with the U.S. to accommodate demand or allow Afghans whose work was officially classified as “sensitive and trusted” to apply. Additionally, the U.S. should still require that Afghans applying for SIVs to offer a credible sworn statement that they face Taliban death threats.

Afghan interpreters who worked with the U.S. and their immediate family members; and DHS and HHS.

In-Depth: Rep. Jason Crow (D-CO) introduced this bill with 23 bipartisan members of the Honoring Our Promises Working Group to increase the cap on Special Immigrant Visas (SIVs) for Afghans who worked with the U.S. and make other changes to streamline the program. Crow offered the following statement on the bill’s introduction:

“When I served in Iraq and Afghanistan, I worked closely with local translators and contractors who were critical to our safety and the success of our mission. They performed this service at great risk to themselves and their families, but with the understanding that the U.S. would stand by them. Now it is time for the U.S. to honor our promises and protect our Afghan partners. The ALLIES Act would expedite the SIV application process by increasing the SIV cap and removing burdensome requirements. I’m proud to work on this commonsense legislation with my colleagues in the Honoring our Promises Working Group.”

“Since 2006, Congress has signaled their support for the Afghan men and women who assisted the United States in the Global War on Terror through the Special Immigrant Visa (SIV) program. While the program has suffered unacceptable delays and backlogs since its creation, the imminent withdrawal of U.S. forces from Afghanistan has placed thousands of our allies at risk for retribution. Today, I’m proud to co-lead legislation with my colleague Congressman Crow that will authorize additional SIVs and remove unnecessary hurdles for our allies to find safety in the United States—just as we promised. More needs to be done to fulfill our promise to our Afghan allies. The Administration must begin evacuating those most at risk for retribution from the Taliban. Again, I want to thank Congressman Crow for his leadership in crafting this legislation.”

“Alliance with Afghan wartime allies forged bridges to the Afghan people and their linguistic skills proved essential in building close working relations with local nationals. Now, with the U.S. withdrawal date in Afghanistan drawing closer, their lives are endangered more than ever as terrorist organizations like the Taliban seek retribution.  The ALLIES Act will increase the cap of Afghan SIVs and ensure Afghan interpreters can move expeditiously through the SIV process so they can leave Afghanistan as soon as possible. The American Legion vigorously supports the ALLIES Act because it will protect the lives of Afghan interpreters and recognize their contributions as loyal allies who stood shoulder to shoulder with U.S. servicemembers.”

This legislation has the support of 134 bipartisan cosponsors, including 99 Democrats and 35 Republicans.

Of Note: In 2006, Congress established the Special Immigrant Visa (SIV) program to allow Afghans and Iraqis who served alongside U.S. forces as interpreters or contractors to receive permanent U.S. resident status and access to benefits for refugees. From the creation of the SIV program to March 31, 2021, a total of 99,279 individuals received SIV visas, including 30,541 Afghans and Iraqis who worked with the U.S. plus 68,738 dependent spouses and children, according to data from the State Dept.

The SIV program currently has an application backlog of more than 18,000 Afghans. Congress has acted on several occasions over the years to adopt bills to address the visa shortage by incorporating legislation into defense authorization bills.

Historically, it takes about 800 days for the State Dept. to process an application and conduct security screenings. In addition to security screenings, medical exams are a significant bottleneck in the process as Afghans are required to travel to Kabul to receive them, a journey which can prove dangerous given the Taliban’s presence in the country.

Afghan interpreters and their families are often targeted by the Taliban as part of the terror group’s campaign of assassination and intimidation. In a House Armed Services Committee hearing on the issue in May, Rep. Michael Waltz (R-FL), a former Green Beret, and retired Army Ranger Rep. Jason Crow (D-CO) recounted stories about Afghans they served alongside who were subsequently murdered by the Taliban for assisting American and coalition forces. Crow explained that a man named Mohammad who worked with the U.S. for 12 years and first applied for a Special Immigrant Visa (SIV) in 2010 faced repeated delays and denials until he was gunned down in January 2021 in front of his 10-year old son by the Taliban, who later sent Mohammad’s oldest son a death threat.

In June 2021, the House passed a bill to waive for one year the requirement that Afghans seeking SIVs undergo a medical exam prior to their admission to the U.S. amid the ongoing U.S. withdrawal. The U.S. is expected to complete its withdrawal before the end of August 2021 after the Biden administration initially announced a September 11th deadline.