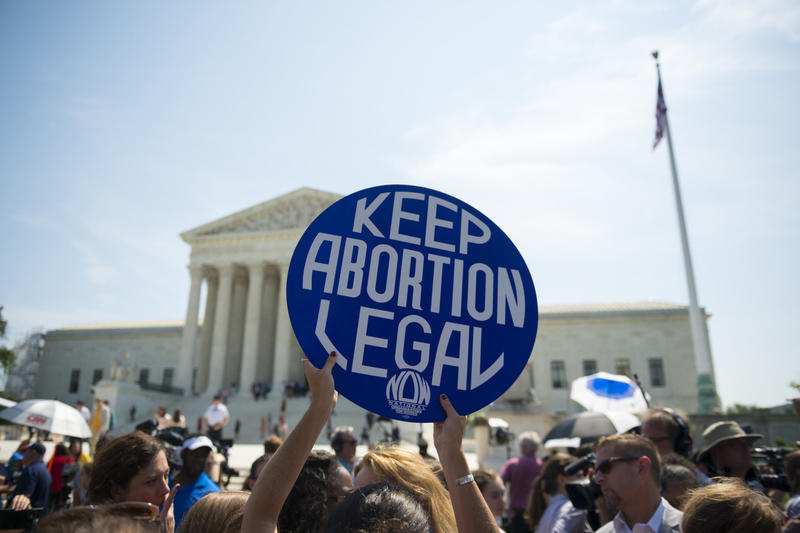 This bill — known as the Women's Health Protection Act of 2021 — would create a federal statutory right to abortion under which women could obtain an abortion without having to comply with state-level requirements related to abortions, such as those which require a check for a fetal heartbeat or an ultrasound. A breakdown of its various provisions can be found below.

The bill would define fetal “viability” as being the point at which a healthcare provider’s good-faith medical judgment finds a reasonable likelihood of sustained fetal survival outside the uterus with or without artificial support. It would also define permitted abortion services and prohibit states from imposing limitations or requirements such as:

Additionally, this bill would give courts instructions on how to assess possible violations under this legislation. Those include considering:

This bill would allow the Attorney General to commence a civil action for injunctive relief on behalf of the U.S. against any government official that’s charged with implementing or enforcing any limitation or requirement on abortion that’s challenged as a violation under this bill. Individuals or entities, including providers of abortion, would be allowed to file a civil action to challenge alleged violations of provisions of this bill. States would not have immunity from an action in federal or state court over a violation of this bill.

Additionally, the bill would instruct courts to liberally construe provisions of this legislation and include a severability clause to preserve the remainder of the legislation if some provisions are struck down.

Too many states around the country are attempting to undermine women’s access to abortions and Congress needs to enact a law that would override state efforts to weaken abortion rights. This bill would enshrine the landmark Supreme Court decision on abortion, Roe v. Wade, as a federal law in addition to preempting state laws that restrict access to abortions.

Democrats’ bill would undermine states’ ability to enact abortion policies their constituents want, such as those which ban sex-selective abortions or abortions targeting fetuses with Down Syndrome, even if they don’t go beyond the limits set forth in the precedent of Roe v. Wade. This bill would further undermine the inalienable right to life for unborn children.

In-Depth: Sponsoring Rep. Judy Chu (D-CA) reintroduced this bill to codify abortion rights into federal law with a group of several other Democratic lawmakers after the Supreme Court declined to temporarily block an abortion law enacted in Texas that bans abortions after a heartbeat is detected and is enforceable by civil claims which can be filed by any person, and ahead of a case it will hear later this year about an abortion law in Mississippi which seeks to ban abortions after 15 weeks of pregnancy. They wrote the following in a joint statement:

“This week’s news out of the Supreme Court was an urgent call to action: reproductive rights are under direct, imminent attack. Our bill, the Women’s Health Protection Act, would protect against unconstitutional laws like Mississippi’s 15-week abortion ban - laws that attack people’s freedom to make decisions about their own bodies and which directly contradict decades of Supreme Court precedent. Our legislation reaffirms what the Supreme Court established fifty years ago: access to abortion is a fundamental right. We look forward to formally reintroducing our legislation with the support of our colleagues in the coming weeks.”

House Rules Committee Ranking Member Tom Cole (R-OK) offered the following remarks in opposition to this bill as it was being prepared for consideration on the House floor:

“H.R. 3755 is being billed by the majority as legislation that would codify the Supreme Court’s decision in Roe versus Wade, but instead it is the fiercest assault on the unborn since Roe was decided. Instead of codifying Roe, the bill before us today preempts any state laws that seek to protect life. Instead of allowing commonsense regulations to protect the unborn, every single state in the country would be required to allow abortion on demand up to the point of viability. No more would states be allowed to protect conscience rights, no more would they be able to ban certain barbaric procedures, like dismemberment abortion, and no more would they be able to prevent sex-selective abortions or abortions targeting fetuses with Down Syndrome. What’s worse, the primary limitation in this bill – the point of viability – is left entirely up to the discretion of the individual providing the abortion. And prominent abortion advocates have been clear that the point of viability may extend all the way until a fetus has reached full term. This bare fig leaf of a protection for the unborn turns out to be no protection at all. Defending life, particularly for the most vulnerable among us, is one of my highest priorities as a Member of Congress. I would remind everyone of the words enshrined in the Declaration of Independence: that the right to life is one of those unalienable rights endowed by our Creator. It is with that in mind that I strenuously oppose this bill and would urge all members to reject it.”

This legislation was introduced with the support of 214 Democratic cosponsors in the House. It wasn’t considered by the House Energy and Commerce Committee before it was added to the floor schedule.

Of Note: The Supreme Court’s most well-known abortion decision came in a case known as Roe v. Wade (1973), which held that the Constitution protects a woman’s right to terminate her pregnancy. The Court held that the 14th Amendment protected personal privacy rights, including a woman’s decision about whether to carry the pregnancy to term and that only compelling state interests can justify limitations on that decision. It held that the state’s interest in protecting the mother’s health begins at the end of the first trimester, and its interest in protecting the fetus begins at the point of viability.