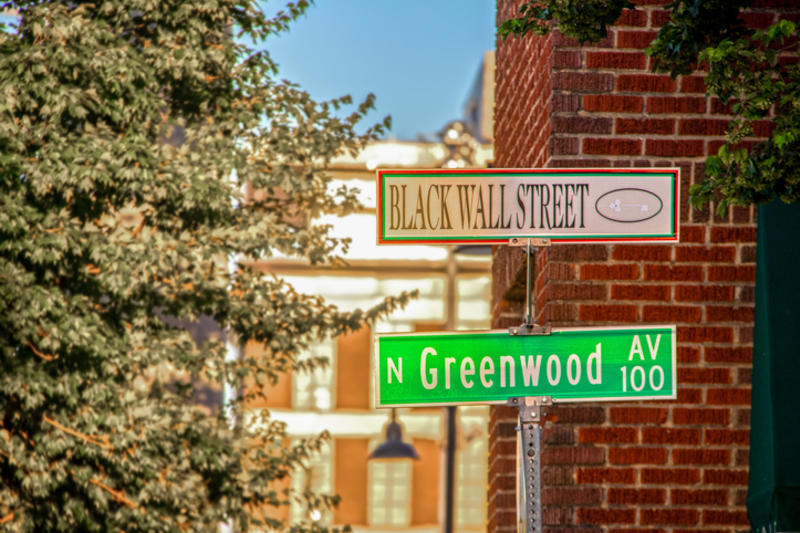 This resolution would express the sense of the House of Representatives that the U.S. can achieve a more perfect union by condemning the violence and destruction perpetrated against the African-American community of Greenwood in Tulsa, Oklahoma during the 1921 Tulsa Race Massacre. Additionally, this resolution states that a more perfect union might also be achieved by other means, such as promoting tolerance and unity. It also recognizes Congress’s commitment to acknowledging and learning from the history of racism and racial violence in the U.S. in order to reverse the legacy of white supremacy and fight for racial justice.

Finally, this resolution would encourage all persons in the U.S. to reflect upon the country’s history as an “imperfect but committed journey to establish a more perfect union and to cherish and exercise the rights, privileges, and responsibilities guaranteed by the Constitution.”

As a simple resolution, this legislation is non-binding and wouldn’t advance beyond the House if adopted.

The 1921 Tulsa Race Massacre was a horrific incident in U.S. history, and survivors and their descendents continue to be affected by it to this day. Condemning the violence against the Black community of Greenwood that occurred from May 31 to June 1, 1921, is an important step in acknowledging this event and addressing its impacts.

Rather than Democrats from outside Oklahoma using the 100th anniversary of the Tulsa Race Massacre to advance their political agendas, it would be better to let Tulsa and Oklahoma lawmakers decide how best to mark the massacre’s 100th anniversary. Alternatively, in lieu of passing this meaningless resolution, the House should focus on considering ways to pay reparations to Tulsa massacre survivors and their descendents.

Tulsa, Oklahoma; survivors of the 1921 Tulsa Race Massacre and their descendents; and the House of Representatives.

“I am honored to be the lead House sponsor of this bicameral resolution recognizing and acknowledging the forthcoming centennial of the Tulsa Race Massacre, a horrific event that is the largest single instance of State-sanctioned violence against Black people in American history This resolution honors the lives and legacies of the estimated 300 Black individuals who were killed during the Massacre and the nearly 9,000 Black individuals who were left homeless and penniless and it condemns the participants of the Tulsa Race Massacre, including White municipal officials and law enforcement who directly participated in or who aided and abetted the unlawful violence.”

Rep. Jackson Lee further notes that this resolution is needed to condemn the continued legacy of racism and White supremacy against Black people in the U.S.:

“This resolution is particularly timely because it condemns the continued legacy of racism, including systemic racism, and White supremacy against Black people in the United States, particularly in the form of police brutality; encourages education about the Tulsa Race Massacre; and recognizes the commitment of Congress to acknowledge and learn from the history of racism and racial violence in the United States, including the Tulsa Race Massacre, to reverse the legacy of White supremacy and fight for racial justice. Finally, this horrific terroristic act of the 1900s further shows the need for H.R. 40, the Commission to Study and Develop Reparation Proposals.  The victims of the Tulsa Riots are crying out for a response.”

Sen. Elizabeth Warren (D-MA), sponsor of a Senate companion to this resolution, says:

“The Tulsa race massacre was one of the largest single instances of state-sanctioned violence against Black people in American history, and the white mob and law enforcement officers who committed this act of domestic terrorism were never prosecuted or held accountable. With this resolution, we recommit to fight the racist violence against Black Americans often at the hands of the police and reverse the legacy of slavery and white supremacy in our country."

A similar resolution recognizing the Tulsa Race Massacre’s 100th anniversary was introduced in the Senate by Sens. James Lankford (R-OK) and Jim Inhofe (R-OK). The resolution, known as S.Res.234, passed the Senate by voice vote.

The House did not take a standalone vote on this resolution before it adjourned for a three week recess from floor work. Instead, the House adopted this resolution as part of a rule that structured debate on bills to end a patent exemption for certain prescription drugs and condemn the mass shootings in Atlanta. Rule votes in the House typically break along party-lines because the minority party wants more amendments to be considered, and this rule was adopted by the House by a party-line 212-206 vote with the support of 99 Democratic House cosponsors. Its Senate version, sponsored by Sen. Elizabeth Warren (D-MA), has 25 Senate cosponsors, including 24 Democrats and one Independent, and has not yet received a committee vote.

This resolution is supported by a number of advocacy and historical groups, including the National Association for the Advancement of Colored People (NAACP), Human Rights Watch, American Historical Association, and National Coalition for History.

Of Note: The Tulsa Race Massacre took place on May 31 and June 1, 1921. In it, mobs of White Tulsa residents, many of whom were deputized and given weapons by city officials, attacked Black residents and businesses in the Greenwood District in Tulsa, Oklahoma. An estimated 300 Black individuals were killed, and nearly 9,000 Black individuals were left homeless and penniless.

At a May 19, 2021, hearing on the centennial of the 1921 Tulsa Race Massacre considering possible legal remedies to compensate massacre survivors and their descendents, survivors of the massacre shared their childhood experiences and lives following the massacre. 107-year-old Viola Fletcher said that she lives through the massacre every day, only finished school through the fourth grade due to her family’s displacement by the massacre, and was a domestic worker for most of her life. Ms. Fletcher, who members of her community call “Mother Fletcher,” said:

“I still see Black men being shot, Black bodies lying in the street. I still smell smoke and see fire. "I still see Black businesses being burned. I still hear airplanes flying overhead. I hear the screams. I have lived through the massacre every day. Our country may forget this history, but I cannot. I will not, and other survivors do not. And our descendants do not… No one cared about us for almost 100 years. We and our history have been forgotten, washed away. This Congress must recognize us, and our history -- for Black America, for the white Americans and for all Americans.”

Ms. Fletcher’s 100-year-old brother, Hughes Van Ellis, said, “We are not asking for a handout… we are asking for justice.” Another survivor, Lessie Benningfield Randle, accused the city of Tulsa and local entities of fundraising and profiting off the massacre without permission or consideration to the survivors. She said, “they owe us something. They owe me something…my opportunities were taken from me.” Civil rights advocates also testified on systemic racism, reparations, and the role that local and state governments played in the massacre.

In 2020, Tulsa massacre survivors and their families filed a lawsuit demanding compensation for what they called the ongoing “public nuisance” that the massacre has inflicted on themselves and other families. The lawsuit does not specify a dollar amount sought by the plaintiffs, but asks the court to declare that a public nuisance created by the defendants in the suit can be abated “through the expenditure of money and labor.” The defendants in the suit include the City of Tulsa,  Tulsa Regional Chamber, Board of County Commissioners, Tulsa Metropolitan Area Planning Commission, Tulsa County Sheriff and the Oklahoma Military Department.