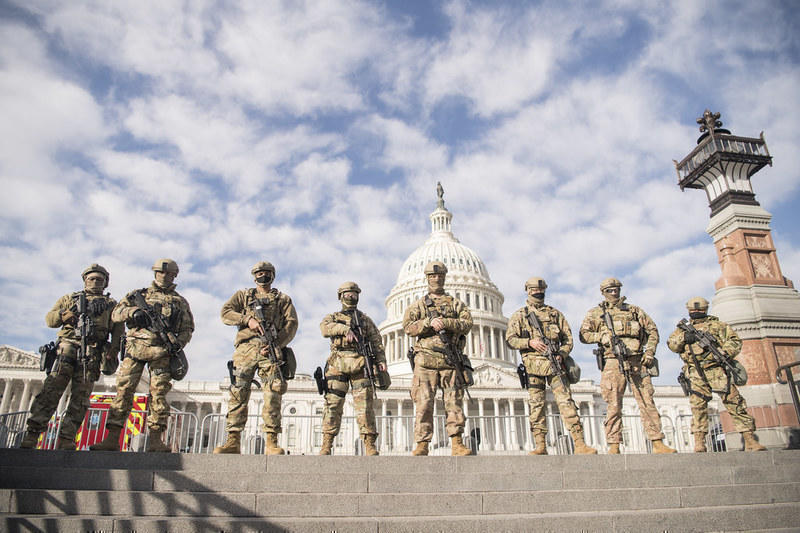 Providing $2.1 Billion to Improve Capitol Security & Speed the Evacuation of Afghan Translators to the U.S. (H.R. 3237)

This bill has been amended by the Senate with a $2.1 billion supplemental spending package for Capitol security, the National Guard, and to facilitate the processing of Special Immigrant Visas for Afghan interpreters and their families. The original House bill only included funding for Capitol security. A breakdown of the current bill’s provisions can be found below.

This section would provide the National Guard with $521 million for unanticipated pay and operational costs during the Guard’s 2021 deployment at the Capitol and to prevent the cancellation of summer drills for the Army National Guard and Air National Guard caused by the shortfall.

A District of Columbia Emergency Planning and Security Fund would be established and funded with $66.8 million for the reimbursement of the District of Columbia for costs incurred in response to the January 6th attack and other costs of providing security for federal functions in D.C.

The Capitol Police would receive $70.7 million in response to the attack, including:

Additional agencies would receive the following for costs related to the January 6th attack:

The Dept. of Defense would receive $500 million in funding to provide emergency transportation, housing, and other essential services to Afghan partners and their families as they leave Afghanistan.

The Dept. of Health and Human Services would receive $25 million to provide Afghans with transitional medical and social assistance after they’ve received special immigration status and arrived in the U.S.

The State Dept. would receive $600 million for refugee and migration assistance and to improve the Afghan Special Immigrant Visa (SIV) program, including:

The Afghan SIV program would undergo the following reforms under this bill:

This updated bipartisan bill covers costs related to the response to the attack at the Capitol on January 6th and funds much-needed improvements to security at the Capitol. It also expedites the process for Afghans who face threats from the Taliban and are coming to the U.S., while providing humanitarian assistance.

This bill provides too much funding for advanced training and riot control equipment for the Capitol Police. Alternatively, it shouldn’t provide relief to Afghans who face threats from the Taliban and are eligible to come to the U.S.

Capitol security; law enforcement and other federal agencies that provide security at the Capitol, lawmakers’ offices, plus Afghans and agencies providing humanitarian assistance and helping them come to the U.S.

“We have the responsibility to take care of the Capitol Police in the wake of their incredible service on January 6th, and to reimburse our National Guard for costs incurred protecting the Capitol.  We have the responsibility to pay for costs we have already incurred as a result of the pandemic.  And we have the moral responsibility to stand with our Afghan partners who stood with us through two decades of war.  This bipartisan agreement addresses these critical needs, and it addresses them now because they cannot wait.  I want to thank my dear friend Vice Chairman Shelby for his diligent work throughout this process.”

“I am pleased this legislation sticks to immediate security needs, as I have long advocated.  It is essential that we provide the National Guard and Capitol Police the funding they require without further delay.  It is also critical that we not leave behind those who helped us in Afghanistan once President Biden fully withdraws U.S. troops later this year.  I am glad the Administration at long last provided Congress the information necessary to address this urgent need.  I urge my colleagues to support this important legislation.”