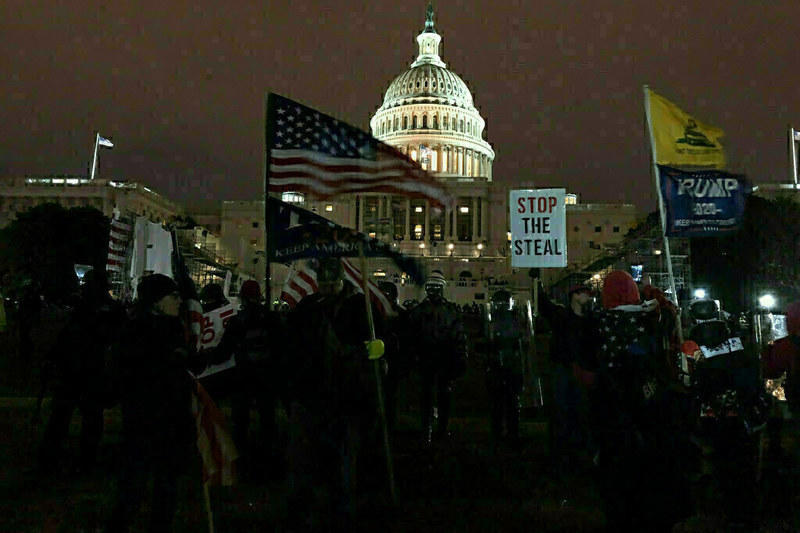 Should an Independent, Bipartisan Commission Investigate the January 6th Attack on the U.S. Capitol? (H.R. 3233)

This bill — the National Commission to Investigate the January 6 Attack on the United States Capitol Complex Act — would establish an independent commission to investigate the January 6th attack on the U.S. Capitol. The commission would be required to investigate the facts and circumstances of the attack on the Capitol; identify, review, and evaluate the causes of and lessons learned from the attack; and submit reports about findings, conclusions, and recommendations to improve the detection, prevention, preparedness for, and response to targeted violence and domestic terrorism and improve the security posture of the Capitol. It would also establish a bipartisan process for appointing the members of the commission, who can’t be currently-serving government officials, along with procedures for its operations which are both described below.

The commission would have 10 members who have significant expertise in law enforcement, civil rights, civil liberties, privacy, intelligence, and cybersecurity. Commissioners couldn’t be current government officers or employees. Five commissioners including the chair would be selected by the Senate majority leader and House speaker (e.g. by Democrats), while five commissioners including the vice chair would be chosen by the House and Senate minority leaders (e.g. by Republicans).

Subpoena power would be extended to the commission so that it can obtain information for its investigation if there is an agreement between the chair and vice chair or a vote by a majority of commissioners.

The commission would be required to issue a final report with findings regarding the facts and causes of the attacks, along with recommendations to prevent future attacks on democratic institutions by December 31, 2021.

This January 6th commission’s purview is duplicative of ongoing investigations by bipartisan congressional committees and the apolitical Architect of the Capitol. It also omits other prominent instances of political violence, and could interfere with ongoing probes and prosecutions by the Dept. of Justice related to the January 6th attack on the Capitol.

Commissioners to be appointed by congressional leaders; Congress; and the Capitol Police.

In-Depth: House Homeland Security Committee Chairman Bennie Thompson (D-MS) offered the following statement on the introduction of this bill to establish an independent commission to investigate the January 6th attack on the Capitol:

“There has been a growing consensus that the January 6th attack is of a complexity and national significance that what we need an independent commission to investigate.  I am pleased that after many months of intensive discussion, Ranking Member Katko and I were able to reach a bipartisan agreement. Inaction – or just moving on – is simply not an option. The creation of this commission is our way of taking responsibility for protecting the U.S. Capitol. After all, the Capitol is not just a historic landmark, it is where our constituents come to see their democracy in action.  As such, we owe it to the Capitol police and all who enter our citadel of democracy to investigate the attack. The timing of this action is particularly poignant with this being National Police Week, when we honor those who gave their lives to protect us.”

Ranking Member John Katko (R-NY) released a statement explaining his support for the compromise he reached in developing legislation to establish the commission:

“I am confident Chairman Thompson and I negotiated a solid, fair agreement that is a dramatic improvement over previous proposals that sought to politicize a security review of the Capitol. I recognize there are differing views on this issue, which is an inherent part of the legislative process and not something I take personally. However, as the Republican Leader of the Homeland Security Committee, I feel a deep obligation to get the answers U.S. Capitol Police and Americans deserve and ensure an attack on the heart of our democracy never happens again.”

House Speaker Nancy Pelosi (D-CA) initially sought to give Democrats the ability to select an outright majority of commissioners, but expressed support for the Thompson-Katko compromise despite it providing both parties with an equal number of appointments. She released a statement in support of the proposal which read in part:

“On January 6, one of the darkest days in our history, our temple of democracy was attacked by insurrectionists.  The gleeful desecration of our Capitol resulted in multiple deaths, physical harm to over 140 members of law enforcement and terror and trauma among staff, support workers and Members. It is imperative that we seek the truth of what happened on January 6 with an independent, bipartisan 9/11-type Commission to examine and report upon the facts, causes and security relating to the terrorist mob attack… Protecting the U.S. Capitol Complex and all who serve and work in it is of the highest priority, and therefore, the House will also soon move forward with an emergency security supplemental which will provide for the safety of Members and harden the Capitol against further attacks.”

Some Republican lawmakers, including those who voted in favor of impeaching former President Donald Trump for his role in precipitating the January 6th attack, are expected to vote in favor of the commission. Those include most of the GOP members of the bipartisan Problem Solvers Caucus, which endorsed the proposal after an affirmative vote by more than three-quarters of the evenly-split PSC.

Republican leadership in both chambers has argued that the scope of the commission’s investigation should be broader than the January 6th attack alone and include an assessment of instances of political violence prior to, and in the aftermath of, the January 6th attack. That includes opposition from House Minority Leader Kevin McCarthy (R-CA), who would likely be asked to provide testimony to the commission about his reported statements to GOP lawmakers such as Rep. Jaime Herrera Beutler (R-WA). He reportedly told them that when he asked then-President Donald Trump to encourage supporters to stop ransacking the Capitol during the January 6th attack that the president said, “Well Kevin, I guess these people are more upset about the election than you are.”

McCarthy released a statement explaining his opposition to the commission as proposed is based on what he believes is the potential for the commission’s probe to interfere and overlap with ongoing probes by the Dept. of Justice, the Architect of the Capitol, and bipartisan congressional committees; in addition to the omission of other incidences of political violence:

“For months, the Speaker of the House refused to negotiate in good faith on basic parameters that would govern a commission to examine the January 6 attack on the U.S. Capitol… While the Speaker has wasted time playing political games, numerous Congressional and intergovernmental agency efforts have picked up the slack. There are ongoing bipartisan investigations into all facets of the January 6 events occurring inside the Senate Committee on Homeland Security and Governmental Affairs, as well as the Senate Committee on Rules and Administration. Additionally, the Office of the Architect of the Capitol has been allocated $10 million to conduct a full, apolitical review into ways to remedy any security vulnerabilities that exist in the Capitol complex.

Most notably, the Department of Justice has announced 445 arrests in conjunction with the events of January 6, and expect 100 more arrests to follow. The Federal Bureau of Investigation continues to investigate any and all crimes committed that day, and I fully support these individuals being prosecuted to the fullest extent of the law. Unfortunately, the legislation being considered in the House this week is drafted in such a way that could interfere with and ultimately undermine these ongoing prosecutorial efforts - just one byproduct of a process that circumvents committee markup and is expected to come to the House floor under a closed rule.

Finally, the renewed focus by Democrats to now stand up and additional commission ignores the political violence that has struck American cities, a Republican Congressional baseball practice, and, most recently, the deadly attack on Capitol Police on April 2, 2021. The presence of this political violence in American society cannot be tolerated and it cannot be overlooked. I have communicated this to our Democrat colleagues for months and its omission is deeply concerning. Given the political misdirections that have marred this process, given the now duplicative and potentially counterproductive nature of this effort, and given the Speaker’s shortsighted scope that does not examine interrelated forms of political violence in America, I cannot support this legislation.”