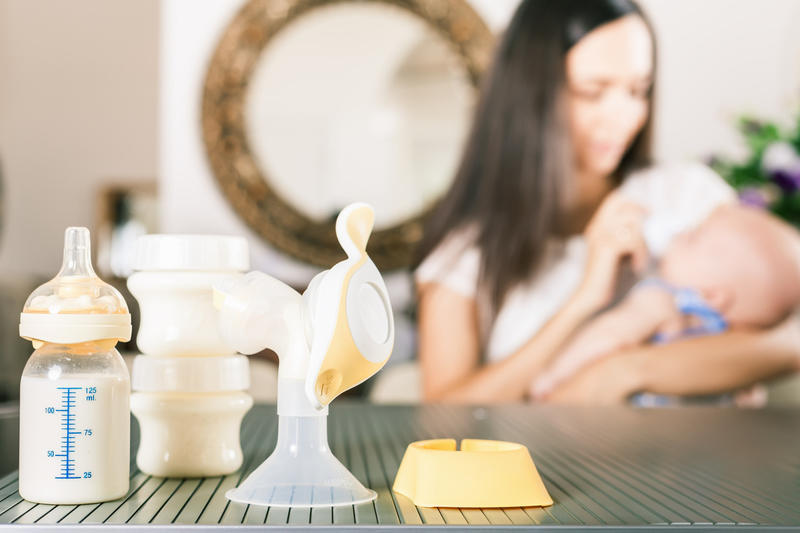 Should Workplace Accommodations for Employees Who Need to Pump Breast Milk Be Expanded to More Groups of Workers? (H.R. 3110)

This bill — known as the PUMP for Nursing Mothers Act — would expand workplace protections for employees with a need to pump breast milk under the Break Time for Nursing Mothers Act. It would expand the requirement that employers provide certain accommodations for such an employee to cover salaried employees and other types of workers who aren’t covered under existing law. Time spent to pump breast milk would be considered hours worked if the employee is also working; and the bill would extend the available time period for such accommodations from one year to two years after a child’s birth. Before making a claim of liability against an employer, an employee must first notify the employer that they aren’t in compliance and provide them with 10 days to come into compliance with required accommodations.

Employers who violate break time and space protections for nursing mothers would be liable for legal and equitable relief.

This legislation would take effect 120 days after enactment.

This bill would expand access to accommodations for breastfeeding workers in salaried roles and other positions not covered under current law who need to pump breast milk at work, while also giving non-compliant employers an opportunity to fix their compliance before facing liability and narrowing the hardship exemption for small businesses.

While expanding access to accommodations for nursing breaks by breastfeeding mothers in the workplace is a worthwhile goal, this bill is overly broad and too punitive. It would impose confusing and unnecessary mandates on certain employers and incentivize frivolous lawsuits by trial lawyers against small businesses with more than 25 employees.

Employees who need to pump breast milk; their employers; and the courts.

The CBO estimates that this legislation wouldn’t affect the federal budget but would have mandate effects on governmental and private sector employers.

In-Depth: Rep. Carolyn Maloney (D-NY) introduced this bill to close gaps in the Break Time for Nursing Mothers Act and expand access to nursing breaks for breastfeeding mothers who need to pump milk:

“As the first woman to give birth while serving on the New York City Council, I know firsthand the difficulties new mothers face in the workplace. Those difficulties should not include breastfeeding and millions of nursing mothers are still without a clear right to pump at work. Without these protections, nursing mothers face serious health consequences, including risk of painful illness and infection, diminished milk supply, or inability to continue breastfeeding – this is why we must pass the PUMP for Nursing Mothers Act to strengthen the 2010 Break Time law by making sure more working moms are guaranteed the right to pump at work.”

“I’m pleased the Education and Labor Committee approved the PUMP Act which will help working mothers who choose to breastfeed have a safe, private place to pump while at work. This legislation will ensure moms in Southwest Washington, and across the country, won’t have to choose between providing for their families or nursing their babies.”

House Education and Labor Committee Republicans opposed this legislation after a substitute amendment they offered — which would expand coverage of the current law’s accommodations to several white collar, professional, and academic workers and maintain the existing 50 employee threshold for the hardship exemption — was unanimously rejected by Democrats. Ranking Member Virginia Foxx (R-NC) explained in the bill’s committee report:

“Unfortunately, Committee Democrats unanimously opposed Republican Leader Foxx’s commonsense and workable approach to providing breastfeeding accommodations to working mothers, which was defeated on a party-line vote. Committee Republicans are strong advocates of flexible workplace policies that empower working mothers. Unfortunately, H.R. 3110 takes an overly broad and punitive approach which imposes unnecessary and confusing mandates on certain employers which, coupled with inflated penalties for alleged violations, will provide incentives for trial lawyers to file lawsuits against unsuspecting smaller businesses with the promise of big payouts. For these reasons, and those outlined above, Committee Republicans oppose the enactment of H.R. 3110 as reported by the Committee on Education and Labor.”

This legislation passed the House Education and Labor Committee on a party-line vote of 28-19. It has the support of eight bipartisan cosponsors evenly divided between Democrats and Republicans.