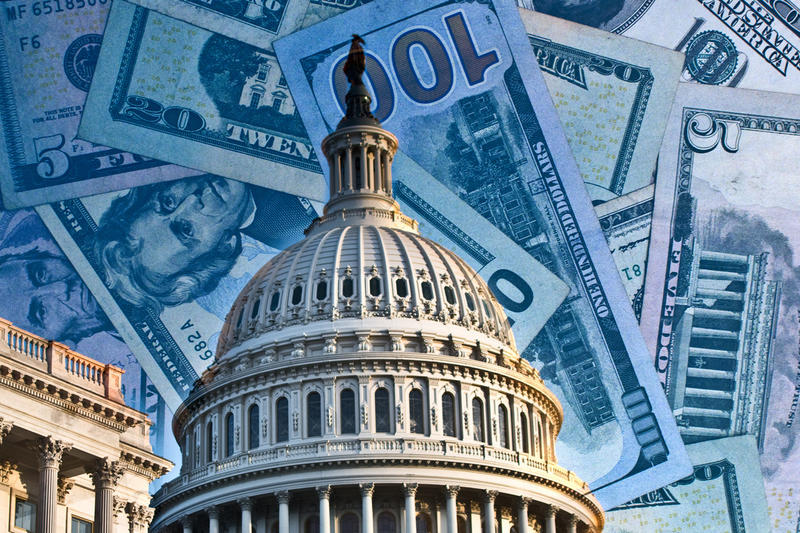 This bill has been amended by the Senate to serve as a legislative vehicle for a bill to increase the debt limit by $480 billion to ensure the federal government can fund its obligations through December 3, 2021. In its prior form, the bill passed the House as a suspension of the debt limit through December 16, 2022, which would allow the government to borrow without limitation through that date, at which time the public debt limit would reset to accommodate the debt accumulated through that date.

This bill would ensure the U.S. government doesn’t default on its obligations before December 3, 2021, which would be an economic catastrophe for the country because of the rise in borrowing costs and servicing the existing debt. Raising the debt limit until over the short-term would give the Democratic majorities in Congress and the Biden administration more time to pass a long-term debt limit hike.

Democrats shouldn’t expect support from Republicans in raising the debt limit over the long-term while they’re trying to advance a $3.5 trillion spending plan. The Democratic majorities in Congress have the capacity to raise the debt limit without a single Republican vote, so they should stop wasting time with bills like this when they could be making progress raising the debt limit through the reconciliation process.

In-Depth: House Rules Committee Chairman Jim McGovern (D-MA) offered the following remarks in support of this bill on the floor:

“Madam Speaker, having just sat through a Rules Committee meeting, it’s a pleasant surprise that the Republicans have now rediscovered the issue of the debt. Wow! Where the hell where you for the past four years? Where was your concern when you all passed a tax cut bill for the wealthy that the CBO projected would add $1.9 trillion to the deficit? That’s trillion with a “T”. And that’s even after taking into account any effects from economic growth. Give me a break! Madam Speaker, the question before us today is this: will the United States of America pay its bills? I wish that was hyperbole. We always have. The United States has never defaulted. Not once. But the actions of my friends on the other side have made the world seriously wonder about the full faith and credit of this nation. Defaulting on our debt would lead to economic catastrophe on a global scale. Unemployment would rise, the stock market would crater, interest rates would skyrocket, imports would become more expensive, and inflation would increase. Every single American would be hurt.”

House Rules Committee Ranking Member Tom Cole (R-OK) spoke on the floor in opposition to this bill and said:

“Today’s item does not come up out of a vacuum. Just last week, the Democratic majority in the House passed a continuing resolution to fund the government through early December. Unfortunately, that bill also included this same suspension of the debt ceiling through 2022. The inclusion of this item meant that not a single Republican in the House supported last week’s bill, and not a single Republican in the Senate supported it either. But today, not content with having run headlong into a brick wall once, the majority is now seeking to do the same thing again. As the baseball player and philosopher Yogi Berra once said, today is truly "déjà vu all over again." Madam Speaker, I don’t know how much more clear Republicans can be on this topic. So long as the Democratic majority continues to insist on spending money hand over fist, Republicans will refuse to help them lift the debt ceiling. This year alone, the majority has rammed through one partisan spending bill using reconciliation already. That bill spent $1.9 trillion, allegedly for COVID relief, but really about a laundry list of progressive policy priorities. And I remind my friends, they were offered a compromise of many hundreds of billions of dollars, but that wasn’t sufficient. Today, the majority is neck-deep in negotiations on an even bigger partisan reconciliation bill, this one supposedly $3.5 trillion, but frankly, likely to run much higher than that. If passed, this one would mean Democrats have pushed through $5.5 trillion of spending in one year, which is almost one and a half times the amount of normal yearly federal spending. And that all comes on top of our regular discretionary and non-discretionary spending.”

The most recent extension was a suspension of the public debt limit through July 31, 2021, as enacted through the Bipartisan Budget Act of 2021. Since that date, the Treasury Dept. is using “extraordinary measures” to fund the federal government’s obligations out of active accounts. The Treasury will be able to continue to use extraordinary measures through the “X-date” of October 18th, at which point those accounts would be exhausted and the U.S. would technically default if the debt limit hasn’t been increased.

Initially, House Democrats passed a bill on a party-line vote that would suspend the debt limit through December 16, 2022; funding the federal government from October 1, 2020, to December 3, 2020, to avoid a shutdown; and providing disaster relief. The bill failed to overcome the legislative filibuster’s 60-vote threshold on a 48-50 vote due to Republican opposition.

Democrats would prefer to not use reconciliation because they would likely have to specify a dollar amount for the new debt limit (the national debt is currently about $28.7 trillion); whereas a suspension of the debt limit as proposed in the House Democrats’ bill would allow the federal government to rack up an indefinite amount of debt incurred through December 16, 2022.

Reconciliation also could prove to be a painful process. The Senate would be required to hold an amendment “vote-a-rama” for both the revised budget resolution and the reconciliation bill, which would give GOP senators two opportunities to force votes on amendments and potentially consume a substantial amount of floor time. However, it’s possible that GOP senators may not request as many amendment votes as in a typical vote-a-rama and that they could yield back debate time.

Of Note: As of late September 2021, the U.S. government has a gross national debt of about $28.8 trillion, of which more than $22.2 trillion is debt held by the public — which is debt issued by the Treasury as securities (i.e. Treasury bonds) in capital markets.