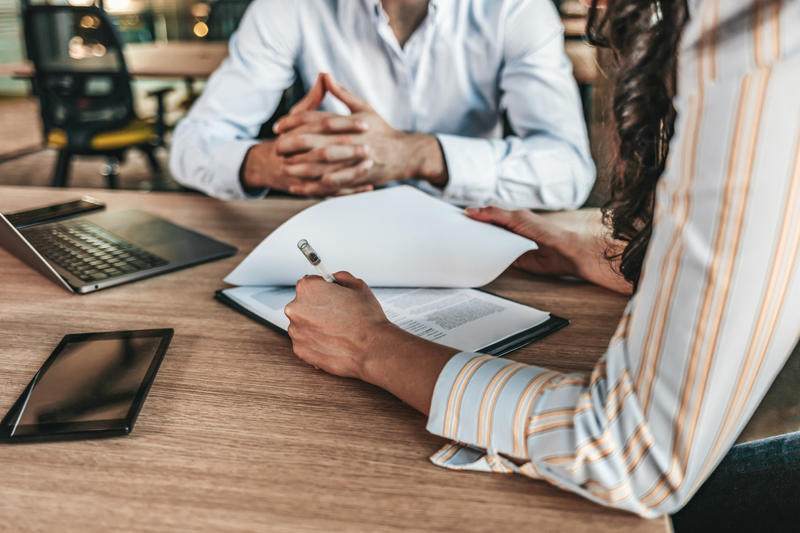 This resolution of disapproval would repeal a Trump administration regulation known as the “National Banks and Federal Savings Associations as Lenders” rule, which requires that, to be considered the lender of a loan, a national bank or federal savings association must be either named as the lender in the loan agreement or fund the loan. The “True Lender Rule” aimed to clarify regulatory uncertainty when banks can enter into lending relationships with third parties, such as marketplace lenders.

Congress has the authority to overturn rules within 60 legislative days with simple majority votes in both chambers along with the president’s signature under the Congressional Review Act. If this resolution were enacted, future similar rules couldn’t be enacted without Congressional approval.

The Trump administration’s “True Lender Rule” lets non-bank, third party lenders use partnerships with banks to avoid state laws capping interest rates they charge to borrowers who are unaware that they’re not dealing directly with the bank. Repealing the rule will protect American consumers from predatory loans made by deceptive “rent-a-bank” schemes.

Potential loopholes within the True Lender Rule should be closed, but repealing the regulation will prevent the Office of the Comptroller of the Currency from addressing the issue through a similar, more comprehensive rule. Instead, the Biden administration should go through a new rulemaking process that builds on the framework of the True Lender Rule.

Banks and other lenders; and the Office of the Comptroller of the Currency.

In-Depth: Sponsoring Sen. Chris Van Hollen (D-MD) released a press release explaining his belief that the True Lender Rule “allows non-banks to use superficial and deceptive partnerships with banks to skirt state laws and charge outrageous annual percentages that have gone as high as 179%. He said the following about his bill to use the Congressional Review Act to reverse the Trump administration’s True Lender Rule:

“The Trump Administration ripped consumer protections to shreds, leaving Americans vulnerable to unscrupulous predatory lenders who charge outrageous interest rates. When this rule was finalized in October, I vowed to use every tool at our disposal to strike it down. Today, we’re one step closer to fulfilling that. We will not let this rule stand – nor will we sit idly by as predatory lenders attempt to take advantage of hardworking Americans.”

“Predatory loans trap working families into cycles of debt they can’t pay off, and the Trump Administration’s True Lender Rule helps lenders get around state laws that protect consumers. Just this week Illinois enacted a law that caps interest rates on consumer loans at 36%, but my constituents won’t be fully protected until the True Lender Rule is repealed. People are struggling to make ends meet due to the economic crisis caused by the COVID pandemic, and more vulnerable than ever to predatory loans. Congress should act quickly to repeal this flawed rule that undermines important safeguards set by state governments like mine.”

A group of banking and financial services industry trade associations including the announced their opposition to this effort to overturn the True Lender Rule, which they noted clarified what had been an unclear regulatory framework:

“Prior to issuance of the True Lender Rule, the legal framework governing these partnerships was neither clear nor predictable because there was no straightforward test for determining which entity originates a loan in a bank-nonbank partnership. In the absence of a binding agency rule, courts applied different standards for determining which entity is the true lender of the loan. This uncertainty discouraged lending and impaired the ability of banks to securitize or sell their loans, which reduced liquidity and stifled banks’ efforts to increase lending in their communities.”

The trade associations added that they “support appropriate safeguards within the True Lender Rule to ensure regulators have the authority to prevent predatory practices, as well as promote safety and soundness and financial stability.” Further, they expressed concern that using the CRA to reverse the true lender may impede efforts to improve on the rule:

“A vote of disapproval using the CRA would prevent the OCC from considering whether other factors could supplement the agency’s true lender framework. As noted above, we believe the True Lender Rule could be improved if it establishes expectations for regulatory compliance and consumer protection that will limit the risk of predatory and abusive lending. Invalidation of the True Lender Rule removes that opportunity to create a more fulsome true lender framework. This would diminish the OCC’s work to promote accountability and ensure responsible partnerships. To reiterate, we think the existing rule can be strengthened, but if the Senate eliminates the rule with this resolution it will only make that more challenging.”

This legislation has the support of nine cosponsors in the Senate, all of whom are Democrats.