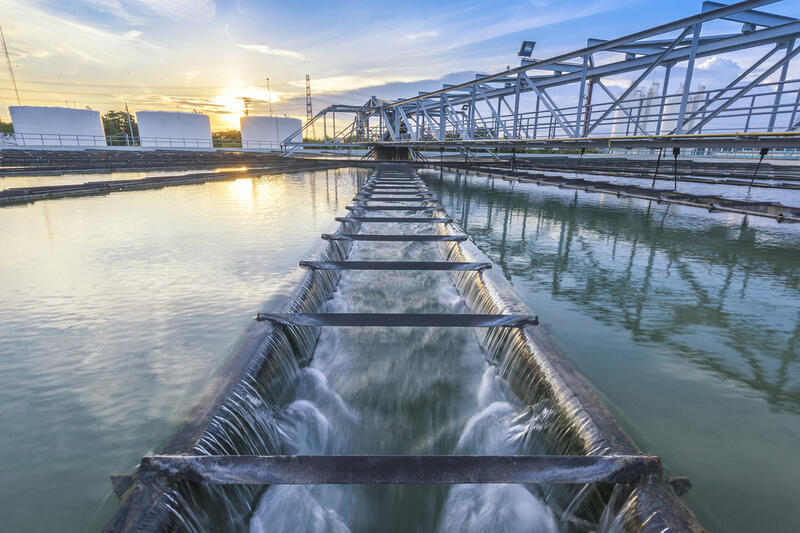 This bill — known as the Drinking Water and Wastewater Infrastructure Act of 2021 — would reauthorize and create programs to support drinking water and wastewater infrastructure projects at a cost of more than $35 billion from FY2022 through FY2026. A breakdown of its various provisions can be found below.

The Drinking Water System Infrastructure Resilience and Sustainability program would be authorized at $25 million for the FY2022-26 period with a 90% federal cost share for aid to small, rural, and disadvantaged communities.

Additionally, this section would require:

Funding under the Clean Water Act for research, investigations, training, and information would be authorized at $75 million annually for FY2022-26.

A pilot program would be created to facilitate grants for projects that seek to bolster waste-to-energy projects and authorized with $20 million annually for the program from FY2022-26. It would also stipulate that grants not exceed $4 million.

An existing pilot program for alternative water source projects would be reauthorized with $25 million annually for FY2022-26.

EPA would be directed to create a clean water infrastructure resiliency and sustainability program to provide grants aimed at protecting water systems from weather events and cybersecurity risks. The program would be authorized at $25 million annually for FY2022-26.

A circuit rider program for small and medium sized, publicly owned treatment works would be created by the EPA. It would be authorized to receive $10 million in annual funding for FY2022-26.

The EPA would be directed to create an efficiency grant program for small publicly owned treatment works to support water and energy efficiency in disadvantaged communities, as well as those in rural areas with a population of less than 10,000 people.

EPA would be directed to create a water data sharing pilot program aimed at ensuring the coordination of data and information regarding water quality and needs between state and local governments. It would be authorized at $15 million annually for FY2022-26.

Additionally, this bill would:

This bipartisan bill would create and reauthorize a variety of infrastructure programs aimed at improving America’s drinking water and wastewater systems with $35 billion over the next five years.

This legislation may be bipartisan but it either invests too little or too much money in drinking water and wastewater infrastructure programs across the country.

Community drinking water and wastewater agencies and infrastructure; and the EPA.

The CBO estimates that after accounting for revenue changes caused by this bill that the deficit would increase by $1.035 billion over the 2021-2031 period.

“Far too many Americans can’t trust what comes out of their faucets and many more are only one disaster away from being in the same situation. This is a crisis — one that is acutely felt by the most vulnerable among us — and we have a moral obligation to fix it. The bipartisan Drinking Water and Wastewater Infrastructure Act is a critical step to strengthen our nation’s water systems and ensure that all Americans have access to clean and safe drinking water and wastewater. I’m proud to join with my EPW colleagues to introduce this important infrastructure legislation.”

“The Drinking Water and Wastewater Infrastructure Act will advance infrastructure to help local communities keep their drinking water safe and clean. With investments to identify and prevent water loss, test water quality, increase resilience in infrastructure, and recruit the next generation of our water workforce, the priorities laid out in the bill speak to the bipartisan goal of ensuring neglected water systems are not merely tended to, but made stronger. This bill is not a band-aid — it provides essential assistance to our country’s aging water systems and the communities they serve. In a greater sense, this bill also represents the solid work that comes out of good-faith negotiations. This is a meaningful bill every Republican and Democrat can get behind.”

“Every American has a right to clean water — no matter their zip code, the color of their skin or the size of their income. From permanent brain damage from drinking water contaminated with lead, to overflowing sewage, Americans across the country are now experiencing what happens when our drinking water and wastewater systems age into a state of disrepair. Rebuilding our water infrastructure must be at the heart of the ongoing ‘Build Back Better’ efforts because we will have missed a huge opportunity to improve American lives if we only fix our roads, but fail to repair and upgrade the pipes beneath them. It’s clear that the lack of investments in our water infrastructure has led to a public health crisis and we have to do more to stop it, which is why I’m proud to introduce this bipartisan bill that will help us do that.”

This legislation was advanced by the Senate Environment and Public Works Committee with a unanimous vote in mid-March 2021. It has the support of 13 bipartisan cosponsors, including seven Republicans and six Democrats.