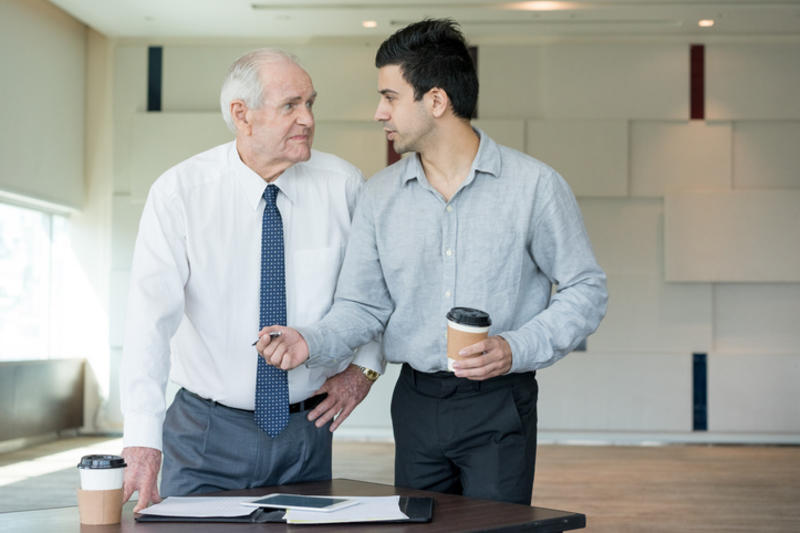 Should Anti-Discrimination Protections for Older Workers Be Strengthened? (H.R. 2062)

This bill — the Protecting Older Workers Against Discrimination Act of 2021 — would clarify that considering age in any employment practice is prohibited, even if factors other than age motivated the practice in part. To establish that an unlawful employment practice occurred, a complaining party could rely on any type or form of admissible evidence that’s sufficient for a reasonable trier of fact to find that an unlawful practice occurred. The complaining party wouldn’t be required to demonstrate that age or a protected activity was the sole cause of a practice as required by a Supreme Court ruling in Gross v. FBL Financial Service, Inc. (2009).

This bill would ease the standard of proof older workers face when claiming age-related employment discrimination and retaliation by removing the requirement that they show their employer’s action was based solely on age.

While this bill may make it easier for older workers to prove that they faced age-related discrimination in the workplace, the fact that it precludes the courts from awarding them anything beyond legal fees means it will primarily benefit trial lawyers.

The CBO estimates that enacting this bill would require the Equal Employment Opportunity Commission (EEOC) to hire about 20 new employees to handle the additional workload at a cost of about $14 million over the 2021-2026 period.

When he introduced this bill in the 116th Congress, Rep. Scott said:

“Discrimination shuts too many people out of good paying jobs. All Americans -- regardless of their age -- should be able to go to work every day knowing that they are protected from discrimination. The Protecting Older Workers Against Discrimination Act would ensure there are no additional barriers for older Americans when making a discrimination claim compared to any other protected class. This legislation is a step toward restoring the rights of older workers.”

“Older Americans should be valued because of their experiences, not viewed as a liability due to their age. This bipartisan legislation will restore fairness in the workplace for our more seasoned workers, providing them the peace of mind that they will not be unfairly fired from their job because of age discrimination.”

“The introduction of this bill is a crucial step to strengthening the law and restoring fairness for older workers who experience age discrimination. It sends a clear message that discrimination in the workplace – against older workers or others – is never acceptable.”

House Education and Labor Committee Republicans largely opposed this bill during its committee vote in the 117th Congress. In their minority views report, the committee’s Republican members wrote:

“Committee Democrats are again choosing to promote their pro-trial lawyer agenda by advancing legislation that masquerades as a protection for a specific group of workers. H.R. 2062, the Protecting Older Workers Against Discrimination Act (POWADA), is yet another example of a one-size-fits-all federal mandate that disregards real-world workplace experience and decades of Supreme Court precedent… H.R. 2062 has been rushed through this Committee without necessary examination, discussion, or consideration. H.R. 2062 begs for  reliable data and evidence, thoughtful deliberation, and genuine consideration. To reduce and eliminate workplace discrimination, Congress must ensure that nondiscrimination statutes allow workers to remedy unlawful discrimination effectively. H.R. 2062 fails miserably in this regard. The legislation does nothing to improve our nondiscrimination laws and will not help older workers. The bill's title and provisions are yet another case of false advertising and empty promises.”

“The Committee has little to no evidence or data indicating this bill is necessary to ensure workers are protected. In fact, a Democrat-invited witness who testified on H.R. 2062 at the previously mentioned hearing covering many unrelated bills admitted that the impact of the Supreme Court's decision in Gross v. FBL Financial Services, Inc. is unknown.”

In the 116th Congress, this bill passed the House on a 261-155 vote with all Democrats and 34 Republicans in favor after it passed the House Committee on Education and Labor by a 27-18 vote. It had the support of 112 bipartisan House cosponsors, including 98 Democrats and 14 Republicans. Ranking Member Virginia Foxx (R-NC) explained the opposition by most GOP members in this bill’s committee report:

“H.R. 1230 is an unnecessary and misleading bill that does not “protect older workers.” Committee Democrats failed to allow a proper examination of H.R. 1230, depriving Members of the opportunity to review the legislation appropriately before it was considered by the Committee. Supporters of the bill also failed to demonstrate that the legislation is needed, or that it will actually help workers. H.R. 1230 was instead written for the benefit of trial lawyers, ensuring they will be paid, while most workers will not receive any monetary damages, other payments, or reinstatement.”

The American Association of Retired Persons (AARP) expressed support for the bill. A companion bill in the Senate, sponsored by Sen. Bob Casey (D-PA) with the support of three bipartisan cosponsors, including two Republicans and one Democrat, did not receive a committee vote.