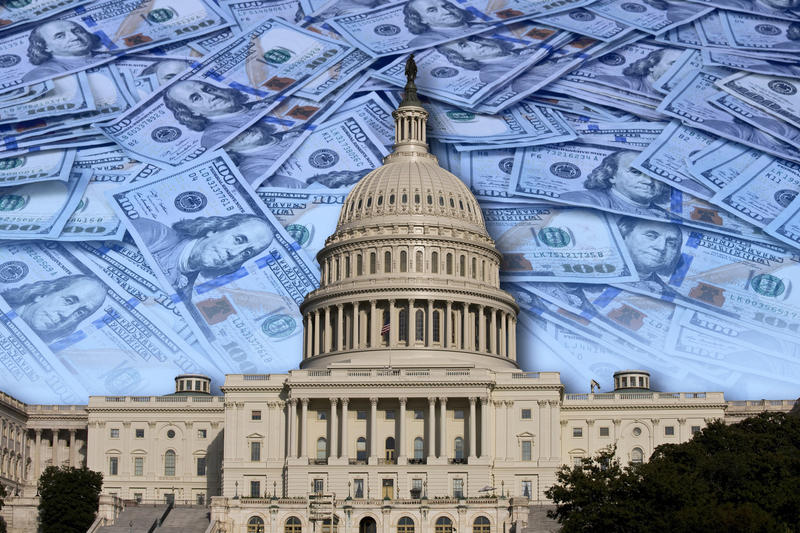 (Updated 3/24/2021) This bill has amended from its original form by the Senate to remove provisions that would prevent over $100 billion in automatic spending cuts under the PAYGO rule triggered by the enactment of the $1.9 trillion American Rescue Plan (ARP) Act of 2021, which will likely be reconsidered in the future in a different form (you can read the summary of the original House bill here). The Senate version of the bill retains provisions aimed at preventing automatic spending cuts to Medicare and other mandatory spending programs triggered by sequestration under the Budget Control Act, and a breakdown of the current version of the bill, which returns to the House following Senate passage, can be found below.

It would also extend a moratorium on Medicare sequestration under the Budget Control Act through December 31, 2021, that is set to expire on March 31, 2021. Additionally, the bill would:

Congress needs to act to prevent automatic spending cuts to Medicare and other mandatory spending programs from being triggered by sequestration as they have done in a bipartisan manner in the past to protect seniors and those who rely on the programs.

Spending cuts to programs like Medicare triggered by sequestration are designed to protect taxpayers and future generations of Americans from an overwhelming national debt and should take effect. Congress should allow the cuts to occur.

Medicare, Social Security, and other mandatory spending programs; beneficiaries and providers who utilize those programs; and the budget deficit and national debt.

A CBO cost estimate of this legislation is unavailable. However, the CBO has projected that the American Rescue Plan’s enactment will trigger $36 billion in cuts to Medicare plus an additional $80-90 billion in cuts to other mandatory programs in fiscal year 2022.

In-Depth: House Budget Committee Chairman John Yarmuth (D-KY) offered the following statement on the introduction of this bill to prevent automatic budget cuts to Medicare and other mandatory programs triggered by the enactment of Democrats’ $1.9 trillion American Rescue Plan:

“The legislation I introduced today is largely technical fixes and sequestration adjustments that have historically been bipartisan and noncontroversial. When Republicans used reconciliation to pass tax cuts for the rich, Democrats voted with them to avoid sequestration and protect Medicare and other programs despite our strong opposition to the Tax Cuts and Jobs Act. This legislation should have the same outcome, but if Republicans play political games and don’t do their jobs, Medicare and the seniors that depend on it will pay the price.”

House Rules Committee Ranking Member Tom Cole (R-OK) offered the following comments about this legislation while it was prepped for floor consideration in the Rules Committee:

“The bulk of this bill is intended to address a consequence of last week’s passage into law of the majority’s partisan reconciliation spending package. As a result of the increased spending, statutory PAYGO sequestration cuts will automatically take effect unless Congress acts. While Republicans and Democrats alike agree that it is important to ensure cuts to mandatory spending like Medicare do not take place, it is disappointing that Democrats have chosen not to work with Republicans in putting together a bipartisan bill. There was an opportunity to do so here, but once again the majority has missed the mark. And let’s not get carried away with arguments that somehow Republicans got a lot of help from Democrats in dealing with this problem after the Tax Cuts and Jobs Act in 2017. The reality is, only 14 Democrats bothered to “help” on that. With all due respect, to all it may concern, none of those Democrats are either on this panel or appearing as witnesses today. So pleas for help on that front rang a bit hollow.”

The American Medical Association wrote a letter to congressional leaders in support of this bill, which read in part:

“On behalf of our physician and medical student members, the American Medical Association (AMA) is writing to express our strong support for the provisions of H.R. 1868, which would prevent across-the-board direct spending cuts that threaten the financial viability of physician practices, especially during the COVID-19 public health emergency (PHE) and beyond. This bill is vital to protect physician practices by extending the current moratorium on the two percent Medicare sequester cuts beyond the March 31, 2021 deadline. Importantly, this bill also protects physician practices by avoiding an additional Medicare statutory PAYGO cut of up to four percent that would have been triggered by the budgetary impact projected under the American Rescue Plan Act of 2021 recently signed into law.”

The National Taxpayers Union (NTU) wrote an article that encouraged lawmakers to oppose this legislation, which read in part:

“NTU urges all Representatives to vote “NO” on H.R. 1868, legislation that would waive across-the-board spending cuts required by law after passage of the American Rescue Plan Act (ARP). Congress included few spending offsets in their $1.9-trillion ARP bill, and the Statutory Pay-As-You-Go (PAYGO) Act was created to address the very kind of budget discipline utterly lacking in the recently passed COVID relief bill. Though across-the-board spending cuts are often not the best way to achieve durable spending reforms in the government, taxpayers deserve some meaningful offsets to a multitrillion-dollar federal spending binge. While some of this spending has no doubt been necessary, much of it has been wasteful.”

Of Note: The pay-as-you-go (PAYGO) rule requires that legislation affecting direct spending or revenues not increase the budget deficit beyond either a 6-year or 11-year period. Deficits that aren't offset by provisions in such legislation trigger automatic sequestration cuts to Medicare and other mandatory spending programs, including student loan origination, the Commodity Credit Corporation, and more.

The Congressional Research Service notes that across-the-board spending cuts have never been triggered despite the Statutory PAYGO Act because Congress subsequently votes to exempt specific legislation from counting against the PAYGO scorecard.