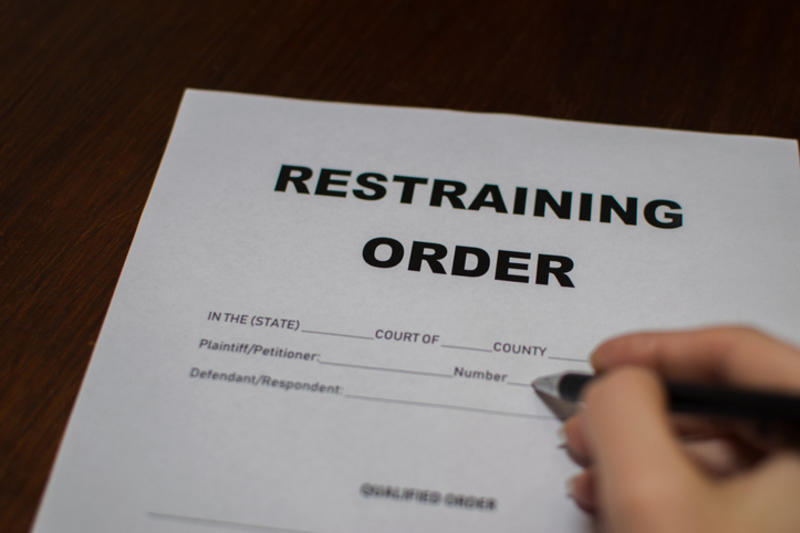 Should Anti-Domestic Violence Grants Under the Violence Against Women Act Be Reauthorized? (H.R. 1620)

This bill would reauthorize through fiscal year 2024 the Violence Against Women Act’s (VAWA) grant programs, which aim to protect women from domestic violence, dating violence, sexual assault, and stalking. The VAWA’s most recent authorization lapsed in December 2018. A breakdown of what this bill reauthorizes and reforms can be found below.

Some of the VAWA’s noteworthy grant programs include:

Among the reforms to VAWA programs that this bill would make include:

This reauthorization of the Violence Against Women Act would expand and improve the national response to the crisis of domestic violence, dating violence, sexual assault, and stalking. This bill’s reforms will prevent violence against women and is especially important now, as the COVID-19 pandemic and its associated stresses have led to an increase in domestic violence.

The Violence Against Women Act’s programs are too important for Congress to let VAWA become a partisan issue, but unfortunately House Democrats have done just that by including many ideological provisions, especially on guns and transgender identification. A clean reauthorization of VAWA without these ideological provisions would be better suited to meeting domestic violence and sexual assault survivors’ needs.

In the previous session of Congress, the Congressional Budget Office (CBO) estimated that this bill would cost over $4.1 billion over the five-year period from 2019-2014.

“After its initial enactment a quarter-century ago, VAWA—through policy reforms, interstate cooperation and grant allocation—has been pivotal in providing a national response to protecting half of the population.  Equally important, it has ushered in a seismic transformation on how society perceives violence against women.  The law has enhanced and improved the lives of girls and women, boys and men.  It has unquestionably improved the national response to these terrible crimes.”

“I am proud to reintroduce the bipartisan Violence Against Women Reauthorization Act of 2021 (VAWA) in support of women and all survivors who have been subjected to domestic violence, dating violence, sexual assault, and stalking. The last year has demonstrated the immense needs to reauthorize and improve VAWA. During the COVID-19 pandemic, we have seen a sharp rise in domestic violence and other crimes. As demand for services has increased, service providers have seen funding drop while caseloads skyrocket. It is imperative that Congress act now to increase funding for victims services, expand training and education for providers, and strengthen and improve VAWA programs to respond to this crisis. I look forward to working with my colleagues to pass this bill as quickly as possible and ensuring that every survivor – women, men, and children – has the resources they need to lead safe and healthy lives free from violence and fear.”

“H.R.1620 responds to the very real, identified needs of survivors and communities across the country, preventing future violence, enhancing and expanding services for survivors, investing in culturally-specific organizations, and improving access to justice for survivors. Now is not the time to maintain the status quo, nor is it acceptable to turn back the clock and reduce access to safety and justice for victims and survivors. The Violence Against Women Reauthorization Act of 2021 is a targeted bill with a broad impact.”

President Joe Biden, who helped shepherd the original VAWA through the Senate in 1994 and campaigned on reauthorizing VAWA in the first 100 days of his presidency, stated his support for this legislation in a March 8, 2021 press release:

“I applaud the House of Representatives for introducing today the Violence Against Women Reauthorization Act (VAWA), and I urge Congress to come together in a bipartisan manner to ensure swift passage of VAWA legislation in both the House and the Senate. Strengthening and renewing VAWA is long past due.  Delay is not an option, especially when the pandemic and economic crisis have only further increased the risks of abuse and the barriers to safety for women in the United States. Domestic violence is being called a pandemic within the COVID-19 pandemic, with growing evidence showing that the conditions of the pandemic have resulted in escalated rates of intimate partner violence, and in some cases more severe injuries.”

House Republicans opposed this bill in the Judiciary Committee in the previous Congress, writing in the committee report:

“Though we agree the Violence Against Women Act (VAWA) should be reauthorized, we are disheartened by [this bill]… We share the majority’s belief that VAWA should serve the purpose of preventing violence and serving victims, but we believe [this bill] is counterproductive to achieving those goals… Rather than continu[ing] to wield VAWA as a political weapon, we encourage Democrats to work with us on an alternative that preserves and strengthens the program while maintaining its intent.”

A spokeswoman for the National Rifle Association (NRA) told the HuffPost that it would oppose this VAWA reauthorization because of what it calls a lack of due process related to this bill’s prohibition of gun ownership for people convicted of stalking or abusing dating partners:

“The fact that Nancy Pelosi and her minions of anti-gun zealots insist on adding a gun-control poison pill to an otherwise good bill is just another example of the shameful politics Americans hate and why they have such a negative view of politicians.”

Current law prohibits firearm purchases for spouses or formerly married partners convicted of abuse or currently under a restraining order. This legislation would expand that restriction to include dating partners who were never legally married, thereby eliminating the “boyfriend loophole,” and make it illegal to sell or transfer firearms or ammunition to people who the seller or transferrer believes to have been convicted of misdemeanor stalking.

This legislation passed the House Judiciary Committee on a party-line vote of 22-11 and has the support of 167 cosponsors, all but one of whom is a Democrat.

The Office on Violence Against Women (OVW), which was created to implement VAWA, says “VAWA has led to significant improvements in the criminal and civil justice systems.” According to a nationwide assessment cited by the OVW, VAWA grants fund research-proven interventions that are proven to reduce incidents of rape and assault.

VAWA’s authorization lapsed in 2018. In 2019, the House passed legislation along party-lines to reauthorize the bill with a few GOP lawmakers’ support; however, the then-Republican-controlled Senate blocked the legislation.

Although Congress passed numerous emergency funding bills to address an array of pandemic-linked crises last year, those bills did not provide additional funding for VAWA programs at the Justice Department. Supplemental funding was included for programs authorized under the Family Violence Prevention and Services Act, but not VAWA.

The National Coalition Against Domestic Violence reports that a quarter of women experience severe intimate-partner physical violence and one in seven women has been stalked by an intimate partner to the point where she felt very fearful or believed that she or someone close to her would be harmed or killed.