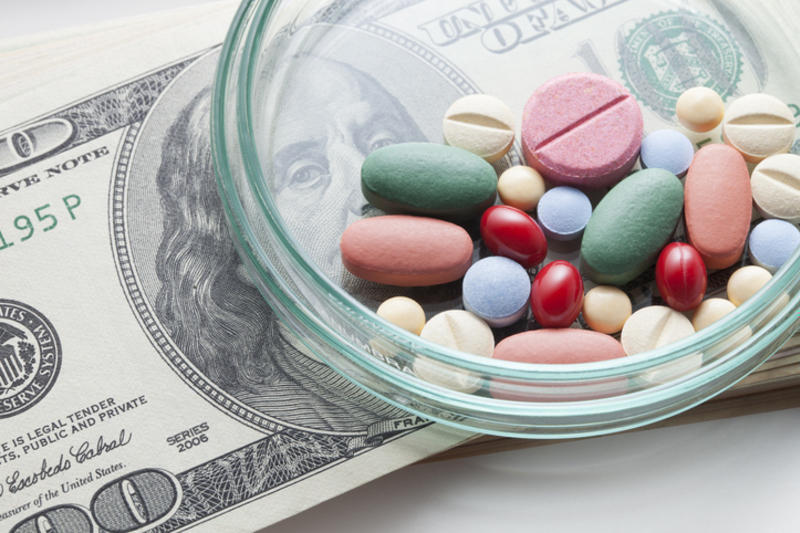 Should a Loophole Allowing Profitable Drugs to Have 7 Years of Patent Exclusivity be Closed? (H.R. 1629)

This bill, the Fairness in Orphan Drug Exclusivity Act, would close a loophole in the Orphan Drug Act of 1983 that can be used to block pharmaceutical competition and prevent innovative treatments for opioid use disorder from coming to market. To this end, it would require that all drugs that obtain seven years of market exclusivity under the Orphan Drug Act to show that they have no reasonable expectation of recouping research and development costs through sales in the U.S. within 12 years of first marketing the drug.

Currently, the Orphan Drug Act of 1983 allows pharmaceutical manufacturers to secure exclusive seven-year marketing rights for therapies that receive orphan drug designations. For a drug to qualify for orphan designation at present, it must either:

The so-called “cost recovery pathway” through which drug manufacturers can obtain seven years of patent exclusively for drugs that are profitable without patent protection artificially inflates the costs of life-saving drugs such as buprenorphine, a critical medication for medication-assisted treatment (MAT) for opioid use disorder. Ensuring that drug manufacturers cannot game the drug patent system will help lower treatment costs for patients and the healthcare system overall.

As there are currently no drugs that have orphan drug exclusivity under the cost recovery pathway, there’s no need for this legislation. The high-profile example of the FDA revoking buprenorphine’s orphan drug designation after Sen. Jeanne Shaheen (D-NH) and other lawmakers criticized the manufacturer for seeking orphan drug designation was likely enough to shame drug manufacturers into not abusing this loophole. Alternatively, it’s important to ensure that pharmaceutical manufacturers have appropriate monetary incentives for new drug development, and this legislation would endanger pharmaceutical profits and, by extension, new drug development.

Patients who need medications for treatment; drug manufacturers; the FDA; and the Orphan Drug Act of 1983.

In-Depth: Sponsoring Rep. Madeleine Dean (D-PA) reintroduced this bill from the 116th Congress to close a loophole that allows manufacturers of drugs for opioid use disorder to game the pharmaceutical patent system by “piggybacking” new drugs’ patents off of older drugs’ patents:

“The Fairness in Orphan Drug Exclusivity Act will eliminate barriers for innovative medication assisted treatments (MAT) to come to market, boost competition in the marketplace, and drive down the cost of new medicines.”

“Each year, the opioid crisis impacts millions of families in every crevice of our country. The Fairness in Orphan Drug Exclusivity Act will help us curb the loss of life by expanding access to a wide range of new medication-assisted treatments that will create more options in the marketplace.”

Sen. Jeanne Shaheen (D-NH), who has been an original cosponsor of this bill’s Senate companion in both the 116th and 117th Congresses, expressed her support in a press release:

“Congress needs to do everything in its power to curb skyrocketing prescription prices, and that includes cracking down on drug manufacturers who abuse the system to prevent more affordable competitors from coming to market. As our communities fight to turn the tide of the substance use disorder epidemic, we need to be doing everything we can to ensure patients and treatment providers have access to affordable, effective medication to respond to this crisis. I’ll continue to work across the aisle to reduce prescription drug costs and increase market competition among manufacturers so Granite Staters and Americans across the country don’t have to pick between affording their medication and paying the bills.”

This legislation has one House cosponsor, Rep. Marc Veasey (D-TX), in the 117th Congress. Its Senate companion, sponsored by Sen. Bill Cassidy (R-LA), has two Democratic Senate cosponsors. On May 11, 2021, an effort to pass this bill in the House failed on a 250-168 vote under the suspension of the rules process, which requires a two-thirds majority for passage.

In the 116th Congress, Rep. Dean introduced this bill with the support of seven bipartisan House cosponsors, including four Democrats and three Republicans. It passed the House by a unanimous voice vote but was not voted on in the Senate. Its Senate companion, sponsored by Sen. Cassidy, had two Democratic Senate cosponsors and did not receive a committee vote.

Of Note: The Orphan Drug Act was enacted in 1983 to incentivize the development of drugs for rare disease by giving manufacturers seven years of exclusive marketing rights from the date of these drugs’ approval. During the seven-year exclusivity period, other drug manufacturers are prohibited from bringing generic versions of the same drug to market.

Currently, drug companies can use piggybacking of patents to obtain seven years of market exclusivity for new drugs even when they are economically viable without this patent protection. Maintaining exclusivity can allow drug companies to make billions in profit without market competition.

In 2019, it was revealed that the manufacturer of buprenorphine, a drug that is critical to medication-assisted treatment (MAT) for opioid use disorder, was attempting to use the orphan drug approval process to secure an additional seven years of exclusivity and block potentially cheaper generic versions of the medication from reaching the market. In response to this, Sen. Shaheen wrote a letter to the Food and Drug Administration (FDA) calling on it to prevent buprenorphine’s manufacturer from abusing the system in this way. This, along with public uproar, led to the FDA revoking buprenorphine’s orphan drug status.

There are currently no drugs that have orphan drug exclusivity under the cost recovery pathway.