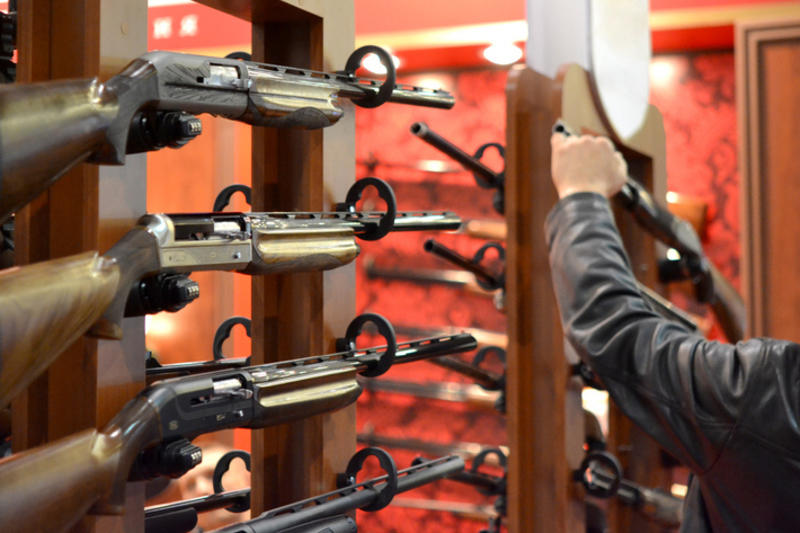 Should Gun Dealers Have to Wait At Least 10 Days for Completed Background Checks Before Transferring a Gun to the Buyer? (H.R. 1446)

This bill would close the so-called “Charleston loophole” by extending the initial background check review for gun purchasers from three to 10 business days. If a background check has not been completed after the initial 10 business day period, purchasers could request expedited reviews to spur the Federal Bureau of Investigation (FBI) to complete its investigation. They could petition online or by mail, and would be required to certify that they are not prohibited from purchasing or possessing firearms. After a petition’s submission, the FBI would have 10 additional business days to complete the background check before a sale could proceed under federal law. Individuals who chose not to submit certified petitions would be required to wait until their background checks were complete before transfers could proceed.

This bill would close the so-called “Charleston loophole” by requiring gun dealers to wait longer than just three days for a completed background check before turning over a gun to the buyer. A 10 business day waiting period followed by an escalated review of equal length is a long enough time for gun dealers to wait to complete the sale of a firearm.

It shouldn’t take more than three business days to complete a background check on an unlicensed prospective gun buyer, and if it does the business owner should be able to transfer the gun at their discretion as is the case under current law. Delaying a sale for up to a potential 20 business days is unfair to the gun buyer and seller.

In-Depth: House Majority Whip James Clyburn (D-SC) reintroduced this legislation from the 116th Congress to close the so-called “Charleston loophole” by requiring gun dealers to wait longer than three business days for a completed background check. The loophole allowed a gunman who murdered nine and wounded three others after they received a gun because the FBI background check, which would’ve prevented their gun purchase because of a drug arrest, wasn’t completed within three days. In a March 2, 2021 press release, Rep. Clyburn said:

“Enacting common-sense gun control measures is a priority for President Biden and this Democratic Congress, and this legislation is a good first step. A large majority of Americans, including gun owners, support universal background checks. This legislation is needed to keep weapons out of the hands of those who should not have them and save lives.”

In the 115th Congress, Clyburn said:

“The real tragedy of the Emanuel Massacre is that it could have been prevented. We need to ensure that background checks are completed before weapons are sold. This legislation seeks to provide, with as much certainty as possible, that guns are not sold to those who ought not have them.”

The Brady Campaign to Prevent Gun Violence supports this legislation and H.R. 8:

“H.R. 8 and H.R. 1446 are common-sense bills to expand and strengthen federal Brady background checks and help to ensure that individuals who should not have access to firearms are unable to purchase one. Particularly following a year of record-breaking gun sales and exacerbated gun violence amidst a global pandemic, the need to ensure that every gun sale is conducted safely and that the potential buyer is responsible and fit to possess a firearm. We need action to help stop the violence that claims over 100 lives every day and disproportionately affects Black and Brown communities. These bills would expand background checks to all gun sales and eliminate loopholes like the Charleston Loophole, that allowed a white supremacist in Charleston, South Carolina to purchase the firearm used to murder nine parishioners at Mother Emanuel African Methodist Episcopal Church. Since the Brady background system came online, it has stopped over 3 million sales to people who should not have weapons, helping to keep our nation safer. The time is right to build upon this fundamental cornerstone of our nation’s gun violence prevention laws and expand the background check system.”

“If the bill is the same as what was introduced in the last Congress, we will be opposed to it now as we were then. This bill increases the burden on small business firearm retailer owners and flips the burden of proof on its head. This would make it incumbent upon the law-abiding citizen to prove his or her innocence to the government to exercise their Second Amendment right to purchase a firearm instead of the government being responsible for proving an individual is prohibited. This could potentially deny a law-abiding citizen their rights for up to a month, while they are saddled with the burden of proving their innocence. That’s un-American. Rather than placing further burdens on retailers and law-abiding gun owners, Congress should focus on adequately resourcing NICS. NSSF is the only organization that has successfully advocated for NICS to have the necessary resources to perform its mission in a timely manner.”

The National Rifle Association (NRA) also opposes this legislation, as it believes that background checks are ineffective at preventing criminals from procuring firearms:

The NRA also contends that making all firearms subject to NICS background checks would make NICS a registry of firearms possession, which the NRA opposes the creation of:

Opponents of this legislation have pointed out that under current law even if the unlicensed buyer takes possession of the gun after three days, the Federal Bureau of Investigation continues to resolve the background check for up to 90 days. If it turns out that the buyer should’ve been prohibited by the background check and the gun was transferred, the ATF is notified and steps are taken to confiscate the weapon and potentially prosecute the buyer.

This legislation has 91 Democratic House cosponsors in the current session of Congress. In the previous Congressional session, this legislation passed the House on a 228-198 vote that was mostly along party-lines. It had 15 bipartisan House cosponsors, including one Republican, former Rep. Peter King (R-NY).

Of Note: The 2015 mass shooting at the Emanuel African Methodist Episcopal Church in Charleston, South Carolina exposed what became known as the “Charleston loophole.” After Charleston mass shooter Dylann Roof killed nine African-American churchgoers in 2015, an internal review at the FBI revealed that he would’ve been blocked from buying the Glock .45-caliber model 41 he used in the shooting had the background check process been more stringent. In Roof’s case, the initial background check revealed a drug arrest, but NICS examiners couldn’t tell whether Roof had admitted guilt or been convicted, so they contacted local records officers to find out. After three days of failed attempts to determine Roof’s status, the dealer sold Roof the Glock. Had the examiner checked the National Data Exchange (D-DEx), a national repository of criminal justice records submitted by agencies across the U.S, they’d have found a record showing that Roof admitted drug possession — which would have led to the denial of his gun purchase. It was legal for the gun purchaser to sell the firearm to Roof after the background check couldn’t be completed within three business days, which led to this scenario becoming known as the “Charleston Loophole.”

The Brady Campaign to Prevent Gun Violence reports that default proceed purchases “can have deadly consequences,” including putting guns in the hands of convicted felons, domestic abusers, fugitives from justice, and other persons who should not have access to guns. According to The Brady Campaign:

According to a 2016 Government Accountability Office (GAO) report, although technological and reporting enhancements have improved the NICS system’s efficiency over the years, thousands of prohibited purchasers are still not determined until after the three-day period.

COVID-19-related delays in background check processing have reportedly increased the number of default proceeds. According to Everytown for Gun Safety, nearly 600,000 background checks took longer than three days in 2020; this figure was twice the number in an average year. By mid-November 2020, the FBI had flagged nearly 6,000 gun sales because a purchaser who could not legally possess a firearm was allowed to buy one because of the Charleston loophole.