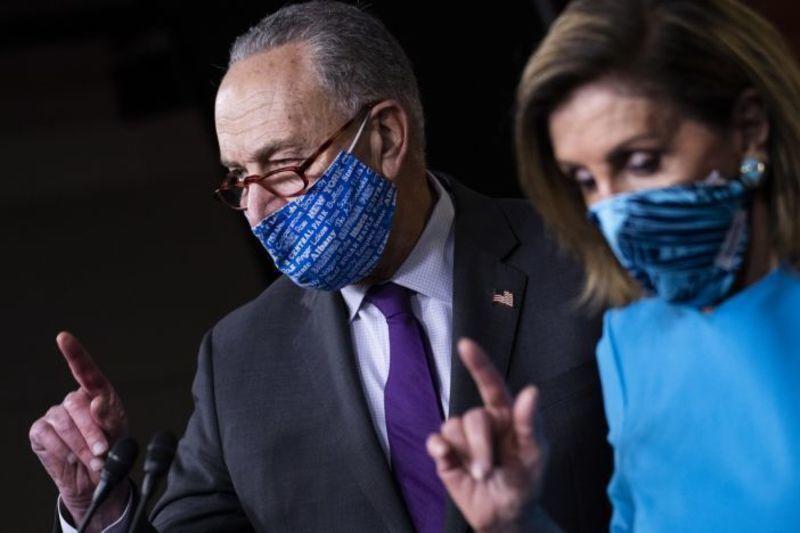 This bill — known as the American Rescue Plan Act of 2021 — would provide $1.9 trillion in funding for initiatives to provide economic relief and healthcare resources to mitigate the coronavirus (COVID-19) pandemic. It has been amended by the Senate to remove provisions that violate parliamentary rules for budget reconciliation bills, such as the increase in the federal minimum wage to increase to $15 per hour and funding for specific transportation infrastructure projects. A breakdown of the bill’s major provisions can be found below.

Stimulus Payments: This section would provide recovery rebates that total $1,400 for each adult and child in a household, including non-child dependents. Payments would be reduced for higher income taxpayers and begin phasing out at $75,000 in adjusted gross income (AGI) for individual taxpayers & $150,000 AGI for married filers. The rebate amount would be reduced by $5 for each $100 a taxpayer’s income exceeds the phase-out threshold; and it would phase out entirely for single taxpayers with incomes over $80,000 & married filers with AGI exceeding $160,000. The Internal Revenue Service (IRS) would base these AGI amounts on the taxpayer’s returns filed in 2019 and 2020. Payments would only be available to recipients who have a Social Security Number and are U.S. citizens.

Unemployment Insurance: The weekly federal enhancement of unemployment benefits under the Federal Pandemic Unemployment Compensation (FPUC) would be extended through September 6, 2021, and the weekly benefit would remain at $300. The first $10,200 of unemployment benefits would be tax-exempt for households with incomes under $150,000. Additionally, the Pandemic Unemployment Assistance (PUA) program would be extended until the same date, as would the temporary of short-time compensation payments to workers who had their hours reduced.

Tax Relief: This section would make the child tax credit (CTC) fully refundable for 2021 and increase the amount to $3,000 per child ($3,600 per child under age 6). It would also make 17 year old individuals eligible to be claimed under the CTC for 2021. Eligibility for the Earned Income Tax Credit (EITC) for taxpayers with no qualifying children would be increased for 2021, with the minimum age to claim it reduced from 25 to 19 (except for certain full-time students), in addition to changing its parameters to increase the maximum credit amount from $543 to $1,502.

Relief for Small & Shuttered Businesses: This section would provide $25 billion for a new program at the Small Business Administration (SBA) that would offer assistance to restaurants and other food and drinking establishments. Of the total, $5 billion would be set aside for businesses with less than $500,000 in 2019 annual revenue. Grants would be available for up to $10 million per entity, with a limit of $5 million per location, and entities would be limited to 20 locations. The first 20 days of the application window would be reserved for restaurants owned and operated or controlled by women, veterans, or socially and economically disadvantaged individuals.

An additional $7.25 billion for the Paycheck Protection Program (PPP) would be provided, raising its funding level from $806.4 billion to $813.7 billion.

Education: This section would provide over $168 billion in funding for schools to address the COVID-19 pandemic, including $122.7 billion to the Elementary and Secondary School Emergency Relief Fund (ESSERF) for state educational agencies and local educational agencies; and $39.6 billion to the Higher Education Emergency Relief Fund (HEERF) for public and private non-profit institutions of higher education. State education agencies would be required to reserve at least 5% of ESSERF funding to address learning loss, while local education agencies would be required to reserve 20% of their funding for that purpose.

States & Local Governments: This section would provide a total of $350 billion for states and localities to help with fiscal recovery from the COVID-19 pandemic. Funding could only be used in response to the COVID-19 pandemic, to cover related costs incurred, and to replace revenue lost due to the pandemic based on pre-pandemic financial projections. It would include:

Pension Reforms: This section would make reforms to shore up insolvent pension programs, including those established by unions, with a cost of roughly $86 billion.

Miscellaneous: This bill would also provide funding for the following:

This relief bill would provide much needed economic assistance to American families through a round of $1,400 relief checks, extending the federal enhancement of unemployment benefits, and increasing tax relief for families. It would also provide funding for state and local governments, small businesses, and schools to ensure they have the financial resources necessary to weather the challenges caused by the pandemic.

Democrats’ $1.9 trillion relief bill is poorly targeted and sends billions of dollars to pet projects, including a bailout of union pensions that were insolvent long before the pandemic. It would send relief checks and tax breaks to the wealthy, and fails to ensure that schools use the billions of dollars sent their way to reopen for in-person learning this year.

“What we do now will determine the strength, speed, and equity of our recovery. The American Rescue Plan has broad and united support because experts and community leaders — and Americans — understand the urgent need for bold action to end the pandemic, help workers, families, small businesses, and communities survive these crises, and generate a strong and inclusive recovery. As past crises have shown, doing too little will cost us far more in the end. The American Rescue Plan takes a multipronged approach to tackling the twin health and economic crises so we can save lives and livelihoods today and protect our economic future.”

Democrats chose to use the budget reconciliation process to enact this legislation, which allows them to pass it on simple majority votes in both chambers without needing any bipartisan support. President Joe Biden met with 10 Republicans who were willing to compromise on a smaller relief package, but Democrats didn’t pursue further negotiations after the meeting.

House Democrats included a provision requiring businesses to raise the minimum wage to $15 per hour in the initial version of this bill, although the Senate parliamentarian ruled that it violates the chamber’s rules related to reconciliation bills. That means Senate Democrats will either need to remove the $15 minimum wage from the package when it reaches the chamber or rework it so that its budgetary effects aren’t “incidental” to the non-budgetary components of the provision. While they could theoretically vote to overrule the parliamentarian with a simple majority, that would require all 50 Democratic senators to vote in favor and at least two, Sens. Joe Manchin (D-WV) and Kyrsten Sinema (D-AZ), have said they will not vote to overrule.

House Minority Leader Kevin McCarthy (R-CA) wrote an op-ed expressing his opposition to this package, which read in part:

“We could address the remaining needs through a similar, bipartisan approach. Unfortunately, President Joe Biden and Congressional Democrats chose to cut Republicans out of the process. After claiming on the campaign trail that he would be a “President for all Americans,” President Biden has made zero attempt at bipartisanship. They are using the coronavirus as an excuse to justify funding pet projects. For example, this bill calls for $100 million to fund a tunnel right outside Speaker Nancy Pelosi’s district. Other “urgent needs” include $50 million for Planned Parenthood, $685 billion that isn’t scheduled to be spent for another two years - about a third of the entire cost of the bill, and an additional $1,400 per week, up to $21,000 total, for federal employees who have kids out of school, but ignores millions of parents outside of D.C. who are also suffering through school closures, a crisis that has already forced one million American moms to leave the workforce. Worst of all, the Democrats’ bill fails to provide families and students any assurance their public schools will reopen full time.”

This legislation was drafted through the reconciliation process by 11 House committees, each of which reported their portion of the overall package on party-line votes, at which point the Budget Committee compiled a single package that was advanced on a party-line vote.

Of Note: The onset of the coronavirus pandemic in early 2020 prompted Congress to act on several occasions to boost the healthcare response and provide economic relief to Americans and their businesses left reeling in the wake of economic lockdowns. Here’s a look back at those bipartisan bills and how they became law: