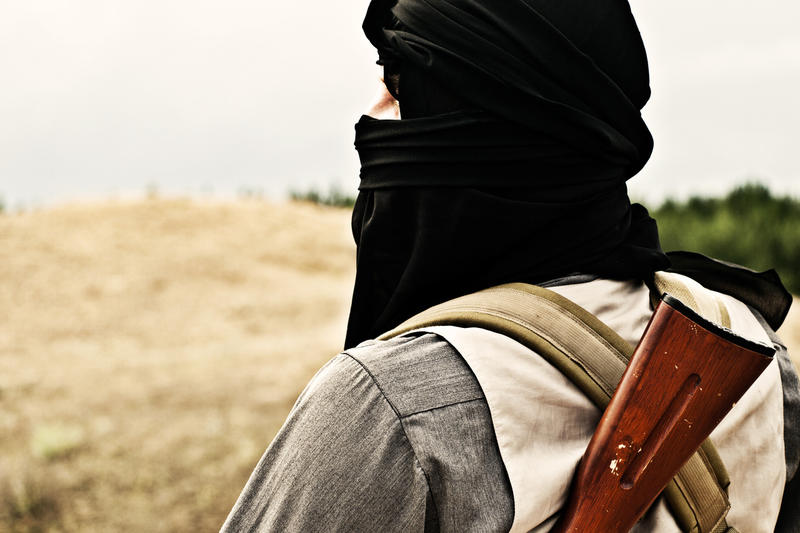 Should the U.S. Support the Peace Process Led by the United Nations in Libya? (H.R. 1228)

This bill — the Libya Stabilization Act — would clarify and strengthen U.S. policy in support of a peaceful diplomatic resolution to the Libyan conflict and to deter foreign interference in Libya. It would codify Executive Order 13726 (an Obama-era order from April 19, 2016 imposing financial and travel sanctions on persons contributing to the Libyan conflict) and sanction individuals who commit human rights violations in Libya, support Russia’s military intervention in Libya, or threaten the peace, security, and stability of Libya. These sanctions would expire on December 31, 2026.

Additionally, this legislation would urge the U.S. Agency for International Development (USAID) to provide humanitarian assistance to Libyan individuals and communities in the form of health assistance, food, shelter, and COVID-19 response support. It would also direct the State Dept. to work to strengthen Libya’s democratic governance, including by providing assistance to unify the country’s financial and governing institutions and by ensuring free and credible elections in the country. Finally, this legislation would require the Treasury Dept. to vote and argue for international financial institutions to support an economic recovery in Libya that complements the establishment of democratic institutions and the rule of law.

The Libya conflict is both a humanitarian and security crisis. The U.S. needs to take a stronger role in helping all parties reach a peaceful diplomatic resolution to end the violence and promote a safe future for both the Libyan people and the broader Middle East.

Previous U.S. interventions in Libya haven’t yielded positive results and the current situation can be traced to America’s role in the downfall of the Qaddafi regime, which it had worked to prop up until the 2011 civil war. There’s no reason to think this bill will bring peace to Libya.

State Dept.; USAID; UN; US involvement in resolving the Libya conflict; and Libya.

The Congressional Budget Office (CBO) estimates that this legislation would cost $28 million over the 2021-2026 period.

In-Depth: Rep. Ted Deutch (D-FL) reintroduced this bill from the 116th Congress to affirm Congress’s interest in ending foreign intervention in Libya and consolidating the country’s political progress both before and after its planned December 2021 elections:

“In recent months, Libya has experienced a ceasefire, focused diplomacy, and a political dialogue that have increased security for all Libyans. A unified interim government, inaugurated in March, will govern Libya until free, fair, inclusive, and credible elections are held in December. While I’m heartened by these developments and President Biden’s renewed focus on Libya, the situation is tenuous. More than half a million migrants remain in Libya, human rights abuses continue, and progress on securing the withdrawal of foreign weapons, forces, and mercenaries from Libya remains elusive. The Libya Stabilization Act demonstrates congressional interest in ending foreign intervention and consolidating Libya’s political gains, both before and after the December elections. Removing foreign forces, protecting human rights and helping Libyans rebuild their country will encourage long-term peace and stability in Libya.”

“The Libya Stabilization Act sanctions those who deploy mercenaries, support militias, violate the UN arms embargo, and commit human rights violations in Libya. It also calls on the United States to take a more active role in diplomacy to resolve the conflict; to support humanitarian assistance, democratic governance, civil society, and future elections; and to improve Libya’s public sector financial management, specifically of the Central Bank and National Oil Corporation, which are flashpoints between the warring parties.”

When Rep. Deutch introduced a previous version of this bill in the 116th Congress, he did so to clarify and strengthen U.S. policy in support of a peaceful diplomatic resolution to the Libyan conflict and to deter foreign interference in Libya:

"The United States cannot afford to ignore the Libyan conflict, which is undermining the stability of North Africa, exacerbating a humanitarian crisis, and impeding a return to UN-sponsored peace talks. Libya is increasingly exposed to severe threats by terrorist groups and other non-state actors, and foreign interference is escalating the conflict. It is essential that the United States establish a clear and principled policy towards Libya to mitigate instability, stem the humanitarian crisis, and promote political reconciliation. This legislation seeks to clarify U.S. policy towards Libya and empower the United States with sanctions authority to revitalize diplomacy, secure our national interests, stabilize Libya, and provide peace and opportunity for the Libyan people."

“The ongoing turmoil in Libya has paralyzed the country’s post-Qaddafi political trajectory, created an ideal breeding ground for jihadist terrorist groups of all stripes, and continues to destabilize the broader region.  I am grateful for Chairman Deutch’s leadership in crafting a robust, comprehensive, and thoughtful approach to address Libya’s instability and target those that have fueled and exploited the chaos.”

Testifying before the House Foreign Affairs Committee on May 15, 2019, Carnegie Endowment for International Peace Middle East Program senior fellow Frederic Wehrey expressed his belief that the U.S. needs to be more involved in the Libyan peace process:

“[I]n my recent conversations with numerous Libyans, as well as foreign diplomats, it is clear that the U.S. maintains unique leverage in Libya and is viewed as a relatively neutral broker.   A more resolute U.S. policy response in this current crisis does not mean “owning” the Libya problem. But even modest U.S. diplomacy could prevent the country from spiraling into broader conflict.”

Wehrey identified three key areas for the U.S. to focus on:

This legislation passed the House Foreign Affairs Committee by voice vote with the support of 12 bipartisan House cosponsors, including 10 Democrats and two Republicans. Its Senate companion, sponsored by Sen. Chris Coons (D-DE), has three bipartisan Senate cosponsors​​, including two Republicans and one Democrat, and has not yet received a committee vote.

Of Note: Libya has struggled to rebuild state institutions since the October 2011 ouster and subsequent death of former leader Muammar al-Qaddafi. After the transitional government ceded authority to the newly-elected General National Congress (GNC) in July 2012, the GNC faced numerous challenges over the next two years. These included the September 2012 attack on the U.S. consultate in Benghazi (which was the work of Islamist militants) and the spread of the Islamic State and other armed groups throughout the country.

Attempts to create a unity government (there are currently three power centers in the country) have had limited success, as the House of Representatives (HoR) based in the eastern part of the country, which is a key Haftar supporter, and the UN-backed Government of National Accord (GNA) have struggled to come to an agreement.

In late September 2019, the UN warned that escalating violence and a deepening humanitarian crisis in Libya are pushing the country closer toward a full-scale civil war like the one that overthrew Qaddafi. The UN warned that progress toward achieving a more stable, effective, and humane government had been shattered by Haftar’s April 2019 offensive on Tripoli. UN Deputy High Commissioner for Human Rights Kate Gilmore said she fears the chaos, unbearable civilian suffering, and widespread human rights violations (including summary executions, abductions, enforced disappearances, torture, gender-based violence, and arbitrary detention) will continue.

As of July 2021, after a decade of war and division, Libya was making progress toward peace. In March 2021, a Government of National Unity (GNU) was formed to unify the Western-based Government of National Accord and the Eastern-based authorities supported by General Khalifa Haftar, commander of the Libyan Arab Armed Forces (also known as the Libyan National Army). The GNU is a provisional body, and is meant to lead Libya to elections on December 24, 2021.