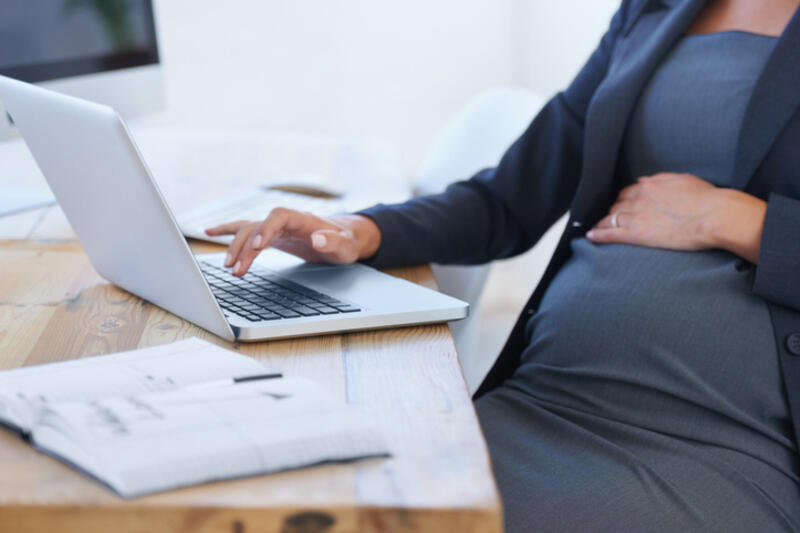 Should It Be Illegal for Employers to Not Provide Reasonable Accommodations for Workers With Limitations Due to Pregnancy? (H.R. 1065)

This bill would prohibit employment practices that discriminate against making reasonable accommodations for job applicants or employees affected by pregnancy, childbirth, or related medical conditions. Its provisions would apply to private sector employers with 15 or more employees and public sector employers.

It would be an unlawful employment practice to:

Additionally, this bill would establish enforcement procedures and remedies under various statutes that cover different types of employees in relation to such unlawful employment practices. The Equal Employment Opportunity Commission (EEOC) would provide examples of reasonable accommodations that would be provided to affected job applicants or employees unless the employer can demonstrate that doing so would impose an undue hardship. State immunity under the Eleventh Amendment to the Constitution would be prohibited for violations under this bill.

Workers denied reasonable accommodations under this bill would have the same rights and remedies as those established under Title VII of the Civil Rights Act of 1964. These include lost pay, compensatory damages, and reasonable attorneys’ fees. Public sector employees would have similar relief available under the Congressional Accountability Act, Title V of the United States Code, and the Government Employee Rights Act of 1991.

Employers should make reasonable accommodations to help new mothers and pregnant women feel comfortable in the workplace, and those that decline to do so or refuse to hire such workers should face punishments.

While much of this bill is bipartisan, the omission of a longstanding protection for religious organizations is problematic because it could force such groups to choose between actions that conflict with their faith and with federal law.

In-Depth: House Judiciary Committee Chairman Jerry Nadler (D-NY) introduced this bill to establish a pregnant worker’s clear-cut right to reasonable workplace accommodations, provided they do not impose an undue burden on their employer:\

“I first introduced the Pregnant Workers Fairness Act (PWFA) nine years ago after hearing story after story of workers facing impossible choices between a healthy pregnancy and a steady paycheck. The need for the PWFA has only grown, especially as pregnant workers have faced new risks and additional discrimination during the COVID-19 pandemic. There’s a reason the PWFA passed last Congress with such overwhelming bipartisan support—not only does it keep workers and children healthier and safer, it makes our economy stronger and American businesses more productive. That’s why the bill has support from over 200 businesses, health, civil rights, and labor organizations. I’m proud to reintroduce this crucial piece of legislation and I look forward to making it law. Pregnant workers deserve to know that they will be protected.”

When he introduced this bill in the 116th Congress, Rep. Nadler said:

“As we celebrated Mother’s Day last weekend, it is imperative that we give all moms and moms-to-be the certainty that they can stay on the job no matter what. No woman should have to choose between a healthy pregnancy and a paycheck, especially when often a simple fix -- a bottle of water during a shift, an extra bathroom break, a chair -- will allow women to stay on the job and support their families throughout their pregnancy. The PWFA creates an affirmative duty for employers to provide pregnant workers a reasonable accommodation, unless the accommodation imposes an undue hardship on the employer. We know exactly what this language means, employers know just what to expect, and, most importantly, pregnant workers know they will be protected.”

“Simply put, no mother or mother-to-be in this country should have to choose between being a parent and keeping their job. Unfortunately, current federal law lacks adequate protections to ensure pregnant workers are able to remain healthy in the workplace. This bipartisan effort puts in place a uniform, fair and familiar framework for employers and will enable women to keep working safely and provide for their families throughout pregnancy."

“The Pregnant Workers Fairness Act is modeled after the Americans with Disabilities Act (ACA) and offers employers and employees a familiar reasonable accommodation framework to follow. Under the ADA, workers with disabilities enjoy clear statutory protections and need not prove how other employees are treated in order to obtain necessary accommodations. Pregnant workers deserve the same clarity and streamlined process and should not have to ascertain how their employer treats others in order to understand their own accommodation rights… The Pregnant Workers Fairness Act is necessary because it promotes long-term economic security and workplace fairness. When accommodations allow pregnant women to continue to work, they can maintain income and seniority, while forced leave sets new mothers back with lost wages and missed advancement opportunities. When pregnant women are fired, not only do they and their families lose critical income, but they must fight extra hard to re-enter a job market that is especially brutal on the unemployed and on pregnant women.”

The U.S. Chamber of Commerce, one of the leading conservative, business-oriented lobbying groups in the country, supports this legislation as a “bipartisan compromise” that protects the interests of both pregnant employees and their employers. In a letter dated September 14, 2020, the Chamber announced both its support of this legislation and its plan to consider including votes on this legislation in its “How They Voted” scorecard. With reference to this bill, Jack Howard, senior vice president of the Chamber’s Congressional and Public Affairs Division, wrote:

“Employers currently face great uncertainty about whether, and how, they are required to accommodate pregnant workers.  The revised PWFA would clarify an employer’s obligation to accommodate a pregnant employee or applicant with a known limitation that interferes with her ability to perform some essential functions of her position… The Chamber worked extensively with advocates for this bill to find bipartisan agreement.  This important bill is a reminder that through good faith negotiations, legislative solutions to important questions and problems can be achieved.”

In the 116th Congress, committee Republicans noted in the bill’s committee report that while they supported many of the bipartisan provisions in this bill, they were concerned by one omission:

“Committee Republicans strongly believe workplaces should be free of discrimination, and pregnant workers deserve protections against workplace discrimination. Committee Republicans have long supported workplace protections for pregnant workers, including those in the PDA and ADA. To address circumstances in which pregnant workers may not be receiving reasonable accommodations from employers, Committee Republicans support the provisions in  the Scott ANS as a compromise measure that includes sufficient clarity regarding the bill’s application to workers and employers. However, the omission of a protection for religious organizations, which is a longstanding part of the CRA -- the nation’s flagship civil rights law -- must be addressed so that religious organizations are not faced with a conflict between their faith and the requirements of federal law. Committee Republicans stand ready to continue to work with Committee Democrats to find a bipartisan agreement on this outstanding issue.”

Republicans’ objections to the lack of a religious exemption continued in the 117th Congress. In their minority views report, House Education and Labor Committee Republicans observed that religious-organization protections are a common feature of state pregnancy-accommodation laws and argued:

Over 200 worker advocacy, civil rights, women’s and maternal health, and business groups support this legislation. These include the U.S. Chamber of Commerce, Communications Workers of America (CWA), American College of Obstetricians and Gynecologists, and Family Values @ Work.

This legislation passed the House Education and Labor Committee by a 30-17 vote with the support of 228 bipartisan House cosponsors, including 208 Democrats and 20 Republicans, in the 117th Congress.

This legislation passed the Education and Labor Committee on a mostly party-line vote of 29-17, and has the support of 241 bipartisan cosponsors including 223 Democrats and 18 Republicans.

Of Note: As the participation by women in the labor force and their importance to their families’ income grows, more women are working later into their pregnancies. According to the latest data, 88% of first-time mothers worked during the last trimester. However, pregnancy discrimination remains a pervasive problem. One recent survey found that 62% of workers have witnessed pregnancy discrimination on the job.

Pregnant Black and Latina workers, who are overrepresented in low-wage, physically demanding jobs, are most likely to face workplace risks associated with not being able to follow physician recommendations that pregnant women avoid or limit exposure to toxic substances, heavy lifting, overnight work, extended hours, or prolonged periods of sitting or standing.