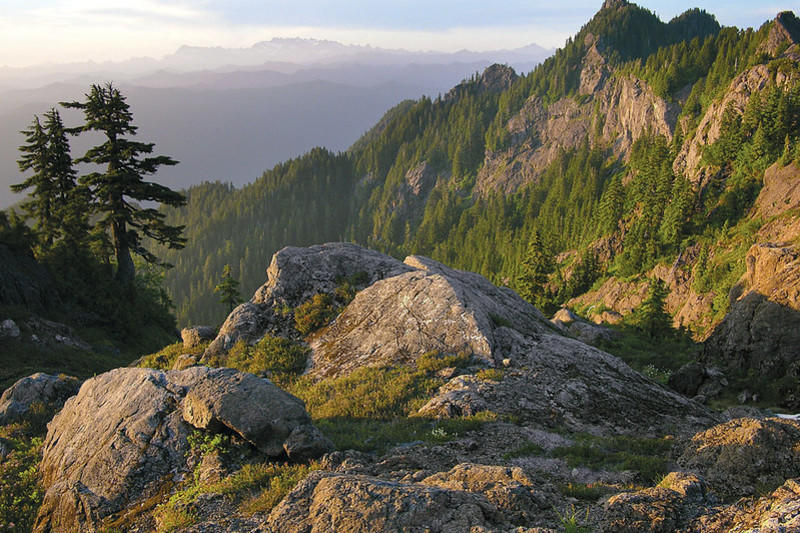 Should Nearly 1.5 Million Acres of Land in California, Colorado, & Washington Be Designated as Wilderness? (H.R. 803)

This bill — the Protecting America’s Wilderness and Public Lands Act — would authorize the designation of several wilderness and conservation areas within public lands in California, Colorado, and Washington. In sum, the bill would designate about 1.49 million acres of federal lands as wilderness, add nearly 1,000 miles of rivers to the National Wild and Scenic River System, and withdraw over 1.2 million acres of public land from new oil and gas and mining claims. It contains provisions of six bills that were combined as part of this package,a breakdown of which can be found below.

Colorado Wilderness Act: This section would designate specified lands in Colorado managed by the Bureau of Land Management (BLM), the Forest Service, the National Park Service (NPS), and Bureau of Reclamation as wilderness and components of the National Wilderness Preservation System. Specifically, it would incorporate these lands into the West Elk Wilderness area, and designate the Deep Creek Wilderness & Pisgah Mountain Wilderness areas following notice in the Federal Register.

The Dept. of the Interior (DOI) would be allowed to continue authorizing competitive running events that are currently permitted in the Redcloud Peak Wilderness & the Handies Peak Wilderness Areas.

Additionally, this bill would provide for the securing, adjudication, and use of U.S. water rights for wilderness areas designated by this bill.

It would also make the following designations:

Additionally, this section would:

Wild Olympics Wilderness and Wild and Scenic Rivers Act: This section would designate specific public lands on the Olympic peninsula in the state of Washington as components of the National Wilderness Preservation System, including the:

It would also make additions to the:

It would designate certain land in the Los Padres National Forest as:

This section would also designate specific segments of the Indian, Mono, Matilija, Sespe, and Piru Creeks and Sisquoc River in California as components of the National Wild & Scenic Rivers System, and require studies of new trails for recreation opportunities.

Indian tribes would be assured of access to the wilderness areas, scenic areas, and potential wilderness areas designated by this bill for traditional cultural religious purposes.

Colorado Outdoor Recreation and Economy (CORE): This section would provide for the conservation of land in the following parts of Colorado, giving the state 73,000 acres in new designated wilderness and about 80,000 acres as new recreation and conservation management areas. The lands to be conserved are:

It would also adjust the boundary of the White River National Forest and the Rocky Mountain National Park Potential Wilderness, provide for additional federal lands’ inclusion in the National Wilderness Preservation System, and cancel all Thompson Divide oil or gas leases. Finally, it would establish the Greater Thompson Divide Fugitive Coal Mine Methane Use Pilot Program to promote the capture and use of fugitive methane emissions to reduce methane emissions, improve air quality and improve public safety.

Grand Canyon Protection: This section would withdraw over one million acres of federal land in Arizona from entry, appropriation, and disposal under public land laws and prohibit mining and mineral leasing activities on these lands.

Designating these federal lands as wilderness and making additions to the National Wild & Scenic River System would permanently protect some of the most majestic and unique landscapes in America from being tarnished by human development and management.

The eight bills in this package failed to achieve the local consensus needed to merit permanent designation of these lands as wilderness. Additionally, these bills should be considered individually instead of being into a larger package for the sake of transparency & accountability.

Residents of, and visitors to relevant areas in California, Colorado, and Washington; and federal land management agencies.

A CBO cost estimate for this bill is unavailable.

In-Depth: Sponsoring Rep. Diane DeGette (D-CO), who claims this is the largest wilderness protection package to be considered by Congress in more than a decade, reintroduced this legislative package from the 116th Congress with the primary goal of protecting over 660,000 acres of wilderness in her home state. In a press release upon introducing this bill, she said:

“Colorado’s majestic landscapes and vast wilderness areas are what make our state so special, and it’s why millions of outdoor adventurers come here each year to visit,” DeGette said. “It’s up to us, like those before us, to protect these precious lands for future generations to enjoy just as we’ve been able to do.”

Although the provisions included in this bill all received bipartisan votes of support in the House during the 116th Congress, they ultimately failed to clear both chambers to become law. With Democrats holding both the House and Senate in the 117th Congress, Rep. DeGette believes that this legislation has a real chance of passing both chambers to become law this year. “Our fight to protect more of Colorado’s wilderness gained tremendous momentum last year, and we are confident that we are finally in a position to get this bill approved and signed into law,” she says.

In the 116th Congress, Rep. Diana DeGette (D-CO) offered the following statement in announcing that this package of bills designating nearly 1.4 million acres of federal land as wilderness and almost 1,000 miles of river to the National Wild and Scenic River System will be considered by the House:

“The areas in this bill are some of the most majestic and irreplaceable landscapes that our nation has to offer. By officially designating these unique places as wilderness, we will be providing them the permanent protection they each deserve.”

In the 116th Congress, this package consisted of six bills which passed the House Natural Resources Committee on largely party-line votes, including:

Republicans opposed these bills, arguing they lacked balance and local consensus and could hamper efforts to combat wildfires in the area by designating them as wilderness and closing them off to management by federal agencies like the BLM & Forest Service.

Lawmakers and industry interests take particular issue with provisions in the CORE Act and Central Coast Heritage Protection Act which would prohibit oil and gas extraction on certain lands in Colorado and California, respectively. Similarly, mining interests oppose the Grand Canyon Protection bill, which would uphold a mining moratorium that the Obama administration put in place in the Grand Canyon area. Rep. Dan Newhouse (R-WA), chairman of the Congressional Western Caucus, says legislation “prohibiting the safe and effective mining of uranium and other critical minerals in Arizona” ensures that America “becomes even more dependent on foreign regimes like Russia and Kazakhstan."

Some locals oppose efforts to designate more of the lands in their areas as wilderness. Montezuma County Commissioner Larry Don Suckla contends that wilderness designation in his county in Colorado, which is bounded by wilderness study areas, Bureau of Land Management (BLM) land, Ute Mountain Ute Reservation, and National Park and National Forest land, would hurt the community:

“We are surrounded like a wagon train, with only 27% of the county private property. Any time you want to shrink our access even more, it hurts our economy. Listen, our community thrives on federal public lands, and we need to continue to be public. We are not opposed to wilderness in certain areas. But these areas are not good wilderness.”

In the 116th Congress, this legislation passed the House on a mostly party-line vote of 231-183 but stalled after a veto threat from the Trump administration and then-Sen. Cory Gardner (R-CO) kept it from advancing in his chamber.

Of Note: Many of the bills contained in this package would help President Joe Biden achieve his ambitious goal of conserving 30% of all U.S. lands and waters by 2030. However, debate over this package also provides an opening for Republicans to force votes on amendments taking aim at the Biden administration’s aggressive actions to curb fossil fuels, which include freezes on new oil and gas leasing on federal lands.