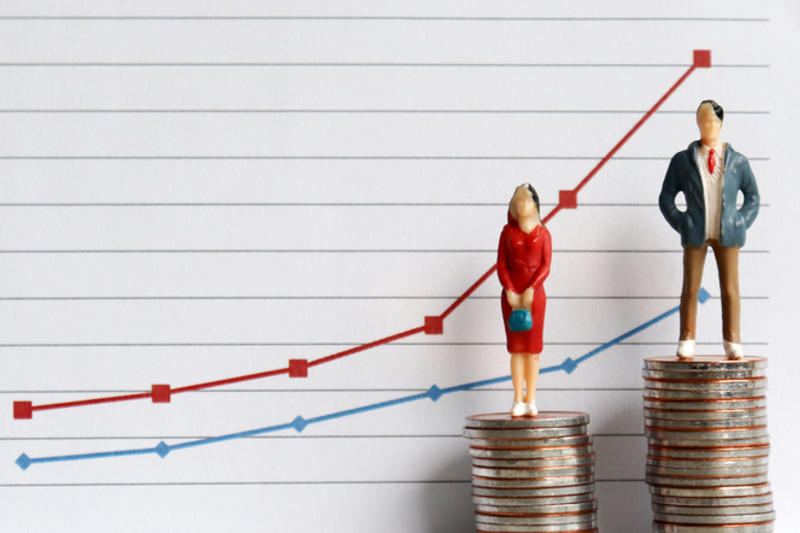 Should it be Easier for Employees to Sue for Gender-Based Wage Discrimination Unless Differences Relate to Education, Training, or Experience? (H.R. 7)

This bill, the Paycheck Fairness Act, would revise existing enforcement mechanisms to prevent wage discrimination based on gender. Exceptions in laws that prohibit wage differences between men and women would be limited to bona fide factors — like education, training, or experience.

Defenses based on bona fide factors could only apply if the employer demonstrates that the factor in question:

This defense wouldn't apply when the employee can demonstrate that an alternative employment practice exists that serves the same business purpose without leading to a pay difference and their employer refused to adopt that practice.

The prohibition against employer retaliation for complaints by employees would be revised to bar retaliation for inquiring about, discussing, or disclosing the wages of an employee in response to:

It would be illegal to require employees to sign a contract or waiver preventing them from disclosing information about their wages. Businesses would be prohibited from requesting wage and benefit histories from prospective employees or their employer, and companies couldn't use a prospective employee's wage history to determine their compensation unless it's provided voluntarily after an employment offer has been extended to support a higher wage than offered.

Employers who violate gender discrimination rules would be liable for civil compensatory or punitive damages — although the federal government would be exempt from paying the punitive fines.

The Dept. of Labor would be authorized to seek additional compensatory or punitive damages in a gender discrimination action. All such actions could be pursued as class action suits without the written consent of individual plaintiffs.

The Equal Employment Opportunity Commission (EEOC) and the Office of Compliance Programs would train EEOC employees, affected individuals and entities about wage discrimination. EEOC would issue regulations related to collecting compensation data from employers to analyze data regarding the gender, race and national origin of employees for use in the enforcement of federal laws prohibiting pay discrimination.

Women should receive equal pay for equal work, but in too many cases they get paid significantly less than their male peers do in the same role. The federal government needs to crack down on employers who pay women less, and this bill would make it easier for employees to sue employers after alleging gender-based wage discrimination.

There are plenty of reasons that one employee might make more money than another — including education, experience, and training. Wage disparities are often the result of differences in people’s abilities, not gender discrimination, and handicapping employers’ abilities to pay people based on their experiences and education would hurt businesses.

Women in the workforce; anyone who suspects they have been subjected to pay discrimination based on their gender; businesses that are practicing or have been accused of pay discrimination; and relevant federal agencies — especially the EEOC and Bureau of Labor Statistics.

In the 116th Congress, the Congressional Budget Office (CBO) estimated that it would cost $68 million to implement this bill over the ten-year period from 2019-2029.

In-Depth: Sponsoring Rep. Rosa DeLauro (D-CT) reintroduced this legislation from the 115th and 116th Congresses to help close the wage gap between women and men who work the same jobs:

“The concept is simple: men and women in the same job deserve the same pay,” said Chairwoman DeLauro. “Job loss resulting from the coronavirus pandemic has disproportionately impacted women, with women accounting for 100% of jobs lost in December. We must enact the Paycheck Fairness Act to both close the worsening pay gap and protect and empower women as they reenter the job force. This legislation is long overdue, but this is the Congress that it will finally be signed into law.”

Lily Ledbetter — the plaintiff in the employment discrimination case and a women's equality activist, public speaker, and author who's the namesake of the Lily Ledbetter Fair Pay Act of 2009 — expressed her support for this bill:

"Twelve years ago, Congress and President Obama achieved an important victory for women seeking to challenge pay discrimination in court with the Lilly Ledbetter Fair Pay Act,” said Lilly Ledbetter. “But equal pay is by no means just a women’s issue—it’s a family issue. The Paycheck Fairness Act to ensure they get equal pay for equal work is needed to make the economy work for all families. I applaud Congresswoman DeLauro for her leadership in this fight since 1997, as well as Speaker Pelosi for being a tireless advocate. Now is the time to get Paycheck Fairness passed and signed!”

The Biden administration has included this legislation among its gender equality priorities.

The Center for American Progress (CAP) supports this bill. When this bill was introduced in the previous session of Congress, Jocelyn Frye, senior fellow at CAP's Women's Initiative, said:

"The Paycheck Fairness Act represents a critical step forward in the fight for equal pay, and its passage is long overdue. Ensuring women are paid fairly for their work is essential to upholding our national commitment to equality and is inextricably linked with working families’ economic security. Nearly two-thirds of women serve as their family’s sole, primary, or co-breadwinner, which is why the strength of America’s economy rests on women. Yet, women continue to face persistent pay disparities in the workplace. The Paycheck Fairness Act would tackle this problem head on by improving worker protections to limit pay secrecy, promoting employer accountability, and strengthening the investigatory tools that enforcement agencies can use to uncover pay disparities... The failure to effectively combat pay discrimination puts women and the families they support at an economic disadvantage, and what may seem like pennies an hour translates into hundreds of thousands of dollars over a lifetime—and hundreds of billions of dollars to our economy as a whole.  Women of color, who experience the sharpest pay disparities, are particularly hard-hit."

Republicans — who generally oppose this bill — say it's unnecessary because pay discrimination based on gender is already illegal under the Equal Pay Act, which provides employees with a legal mechanism to claim pay discrimination and seek redress. They also contend that this bill's regulations would serve to discourage companies from hiring women, thereby hurting women in the workforce rather than helping them. In the bill's committee report in the 116th Congress, GOP members summed up their opposition:

"Simply put, H.R. 7 does little to protect the wages and paychecks of American workers and does far more to line the pockets of the plaintiffs' trial-lawyer bar. First, the bill dramatically limits and likely eliminates the ability of business owners to defend claims of discrimination based on pay differences that arise from lawful and legitimate purposes, while radically expanding liability and damages under the [Equal Pay Act]. The bill also obstructs the recruitment and hiring process by restricting use of information related to a prospective employee's current compensation. Further, the bill requires a burdensome, intrusive, and unnecessary government collection of questionable utility of worker pay data. The data is broken down by race, sex, and national origin, and raises significant confidentiality and privacy concerns."

The U.S. Chamber of Commerce opposes this legislation, as it argues that it would “undermine efforts to combat pay discrimination by conflating discriminatory practices with other non-discriminatory factors that result in legitimate pay disparities.” In a February 24, 2021 letter, the Chamber wrote:

“Factors such as experience, education, location, and shift work can and often do result in pay differentials between employees employed by the same business in similar positions. Current law recognizes that these are legitimate, non-discriminatory distinctions. H.R. 7 would impose a new multi-factor test that includes a vague ‘business necessity’ test that would effectively eliminate the ability of an employer to make compensation decisions based on such factors. As a result, employees will not be compensated based on the attributes they bring to the job and their actual contributions to their employer.”

The House Education and Labor Committee passed this bill with an amendment by a 27-19 vote with the support of 239 House cosponsors of this bill, including 238 Democrats and one Republican, in the current session of Congress. Its Senate companion, sponsored by Sen. Patty Murray (D-WA), has 49 Senate cosponsors, including 47 Democrats and two Independents who caucus as Democrats.

In the 115th Congress, Rep. DeLauro introduced this bill with the support of 201 bipartisan cosponsors, including 200 Democrats and one Republican, in the House and it didn't receive a committee vote. Sen. Murray also introduced a Senate version with the support of 48 cosponsors, including 47 Democrats and one Independent, and it also didn't receive a committee vote.

This bill has the support of the American Association of University Women (AAUW), National Partnership for Women & Families, National Organization for Women (NOW), EMILY's List, and Center for American Progress (CAP).

Democrats have attempted to pass this bill for 20 years. Since 2012, House Republicans have voted at least four times to block this bill from consideration, arguing that it'd make it too easy for workers to sue firms over pay inequality allegations, leading to unnecessary lawsuits.

Of Note: In 2009, the Department of Labor requested the publication of a report detailing the causes of the wage disparity between men and women:

“This study leads to the unambiguous conclusion that the differences in the compensation of men and women are the result of a multitude of factors and that the raw wage gap should not be used as the basis to justify corrective action. Indeed, there may be nothing to correct. The differences in raw wages may be almost entirely the result of the individual choices made by both male and female workers.”

Claims that women make 77 cents for every dollar earned by men have been enthusiastically embraced by some and brushed aside as a statistical myth by others in pursuit of their respective policy goals. A deeper examination of the issue done by the American Association of University Women put the figure closer to 91 cents for every dollar men earn. Another analysis in Slate highlighted observations that such figures are an oversimplification of a complex issue, which discount personal choices made by male and female workers.

In January 2019, the National Partnership for Women & Families contended: