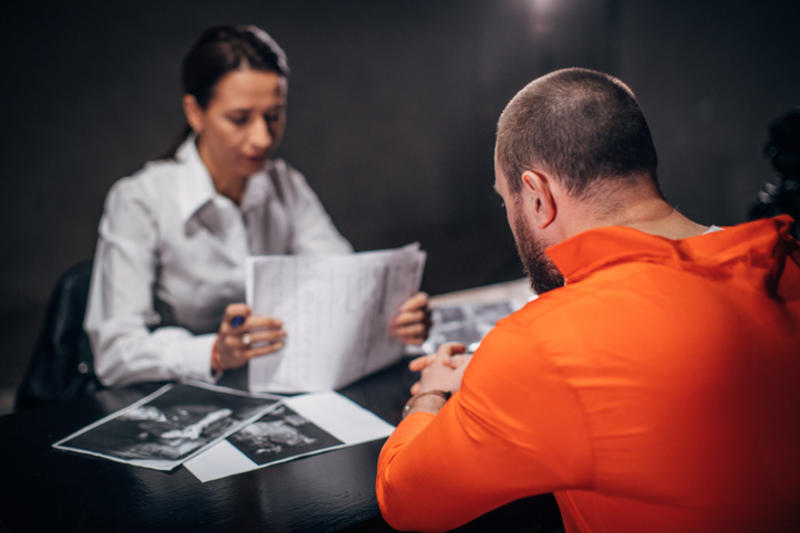 Should Emails Between Inmates in Federal Prisons & Their Attorneys be Protected by Attorney-Client Privilege? (H.R. 546)

This bill — the Effective Assistance of Counsel in the Digital Era Act — would apply attorney-client privilege, including the crime fraud exception, to electronic communications sent or received through the Bureau of Prisons (BOP) email system. This would prohibit the Dept. of Justice (DOJ) from monitoring the contents of a privileged electronic communication between an incarcerated person and their legal representative.

The BOP would be permitted to retain the contents of electronic communications until a person’s release, but the contents of those communications could only be accessed under very limited circumstances. Upon a defendant’s motion, a court could suppress evidence obtained or derived from access to the retained content if such contents were accessed in violation of this legislation’s provisions.

Attorney-client privilege is a cornerstone of the justice system. Inmates in federal prisons, who currently use a monitored email system to communicate with their attorneys, are not afforded this important protection. Reconfiguring the Bureau of Prisons email system to shield emails from monitoring would protect an ever-more important means of communication between attorneys and their clients in federal detention.

The Bureau of Prisons email system was never meant to be, and has never pretended to be, confidential. Both attorneys and clients understand this fact and are capable of conducting themselves accordingly. In cases where confidentiality is necessary, phone calls, in-person visits and mail are all available.

In the 116th Congress, the Congressional Budget Office (CBO) estimated that this bill would cost $52 million to implement over the five-year period from 2020-2025.

In-Depth: Sponsoring Rep. Hakeem Jeffries (D-NY) reintroduced this bill from the 116th Congress, when it was passed on a bipartisan voice vote, in order to bring prison policy into the 21st Century:

“Most fair-minded individuals understand that our system of justice requires a dynamic where people have access to the effective assistance of counsel necessary to adequately defend themselves. This is not just common sense—it is a constitutionally-protected right. The ability to send and receive confidential electronic communications has never been more important now that email has become the safest and most efficient way for attorneys and their incarcerated clients to communicate.”

In a press release, Rep. Jeffries’ office observes that email “is often the easiest and best method of communication available to incarcerated individuals and their attorneys,” especially during the current pandemic. Amid an environment in which visiting clients in person has become more difficult and more potentially dangerous for all parties, email offers significant advantages over both in-person visits and phone calls (which are often limited in length and require advance notice).

“The attorney-client privilege is fundamental to our system of justice and critical to the work of lawyers who rely on confidential communications with their clients to represent their clients’ interests in legal proceedings and to ensure fairness in the federal criminal justice system. While traditional letter mail, unmonitored telephone calls, and in-person meetings between attorneys and their clients incarcerated in Bureau of Prisons (BOP) facilities are already protected communications, your bill would expand that protection to also cover any electronic communications between them. We recognize that there are certain narrow exceptions to the attorney-client privilege and that the BOP must monitor activity on its servers to ensure system security and integrity. We share your view, however, that while it may be appropriate for the BOP to monitor and retain nonprivileged messages sent or received by an incarcerated person in certain circumstances, a warrant should be required before law enforcement officers can access these messages… We believe your bill strikes the right balance between legitimate government interests and the countervailing importance of attorney-client confidentiality.”

District courts that have considered the issue of prisoner email confidentiality have arrived at differing conclusions on this issue. In United States v. Asaro, a case in the Eastern District of New York, Judge Allyne R. Ross found that the government’s TRULINCS policy did not “unreasonably interfere” with a defendant’s ability to consult with counsel because other privilege communication channels, including phone calls, mail, and in-person visits were also available.

In November 2015, then-federal prosecutor James McGovern pointed out that the BOP’s email system was never meant to be confidential, and that both inmates and their attorneys are well aware of this fact. “We don't want to read attorney-client communications. We are not doing this for some strategic advantage… Nobody ever intended the system to be confidential,” he said. McGovern also observed that prosecutors in Brooklyn experimented with assigning an extra lawyer to separate out emails between inmates and their defense attorneys, but that effort was abandoned because it proved too burdensome “to go and constantly have to review thousands of pages and try and remove attorney-inmate emails."

Of Note: The Sixth Amendment to the U.S. The Constitution guarantees the accused’s right to counsel for their defense. This guarantee requires that an attorney and their client be able to communicate confidently about a broad range of issues, including the facts of the case and the potential legal outcomes. While the Bureau of Prisons (BOP) extends privacy protections for attorney visits, phone calls, and traditional mail, the Bureau doesn’t treat email communications sent through its electronic mail system the same way. This means that nearly 150,000 individuals in BOP custody, including persons in pretrial detention who have not been convicted of any crimes, have limited abilities to communicate with their attorneys through BOP’s TRULINCS system.

“BOP’s decision to monitor emails causes concrete harms to incarcerated persons. The permitted methods of communication are insufficient on their own, given the extensive costs and administrative hassle they entail. Moreover, BOP’s requirement that incarcerated persons ‘ voluntarily’ agree to monitoring and waiver of privilege means attorneys cannot ethically use the system for anything other than the most mundane emails. This is because lawyers are required to safeguard the confidences of their clients, and they cannot do so using a system that is monitored. In some cases, when incarcerated persons and their attorneys have gone ahead and used the system anyway, BOP has handed their emails over to prosecutors, who have used them against the clients in their legal cases. Finally, the harm of lack of access to a privileged email system falls disproportionately on certain incarcerated persons, such as those experiencing a disability, people of color, incarcerated persons who are seeking representation, and those relying on public defenders or who retain their own counsel but face funding limitations.”

According to the report, attorneys practicing in the federal criminal system are less able to communicate with their clients and therefore less effective in defending their clients. Given their findings, the report called on Congress to immediately act to protect attorney-client privilege in emails sent through the BOP email system.

From a technical perspective, should this bill pass, TRULINCS would need to be reconfigured to filter out legal emails from monitoring. In 2020, the Congressional Budget Office (CBO) estimated that this would cost $33 million to design, develop, and install a new monitoring program over a three-year period. On an ongoing basis, it would then cost about $10 million annually to operate and maintain the system (for comparison, the BOP’s telephone system for inmates costs about twice that amount on an annual basis).