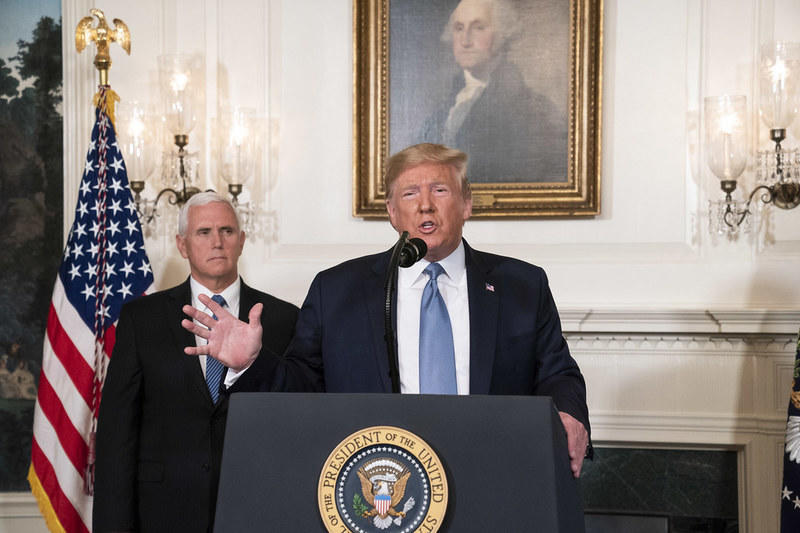 Should the House Call For VP Pence & the Cabinet to Invoke the 25th Amendment, Strip President Trump’s Authority? (H. Res. 21)

This resolution would call on Vice President Mike Pence to mobilize the Cabinet for the purpose of invoking the 25th Amendment to deem President Donald Trump “unable to discharge the duties and powers of his office” and remove his powers, in which case Pence would serve as acting president. Section 4 of the 25th Amendment allows a majority of the Cabinet to vote to deem the president as incapable of performing their duties with the concurrence of the vice president, who would become the acting president.

The resolution contends that President Donald Trump’s words and actions incited the “dangerous insurrectionary mob” of his supporters who stormed the Capitol and interrupted the certification of the Electoral College results.

As a simple resolution, this legislation would not advance beyond the House if passed and is non-binding.

The House should call for Vice President Mike Pence and the Cabinet to invoke the 25th Amendment to deem President Donald Trump “unable to discharge the duties and powers of his office” and have Pence serve as acting president until Inauguration Day.

The House has no constitutional role in the invocation of the 25th Amendment, so debating and voting on this non-binding resolution amounts to an empty political gesture and waste of legislative effort that could go to more helpful pursuits.

As a non-binding resolution, this legislation would have no cost.

In-Depth: Rep. Jamie Raskin (D-MD) tweeted that the House will vote on his resolution to call on Vice President Mike Pence “to mobilize the Cabinet to state the obvious — President Trump is unable to successfully discharge the duties of his office — and to immediately transfer powers to the VP under section 4 of the 25th Amendment.”

House Rules Committee Ranking Member Tom Cole (R-OK) said that Democrats are “asking the House to assume a power it does not have, not even through a non-binding resolution, and we should not pretend otherwise.” He added in his opening statement at the Rules Committee hearing:

“There is no one joining this meeting today who condones the violent and destructive actions of the mob that stormed the Capitol last week, sought to harm innocent lives and disrupt democracy at work. Indeed, it never should have happened, and I cannot condemn the lawless perpetrators of the crimes strongly enough. And I know that we are all committed to ensuring justice is served to the fullest extent of the law. However, I believe the resolution before the committee today will not achieve the desired result.”

Democrats attempted to pass this legislation by unanimous consent on January 11, 2021, but Republicans blocked that effort with the objection of Rep. Alex Mooney (R-WV), who released a statement that the House “must never adopt a resolution that demands the removal of a duly elected president, without any hearings, debate or recorded votes.”

After the unanimous consent effort failed, House Speaker Nancy Pelosi (D-CA) said that the House will take up the bill under regular order and accused House Republicans of “enabling the President’s unhinged, unstable and deranged acts of sedition to continue.”

Of Note: The 25th Amendment was ratified in 1967 in the wake of President John F. Kennedy’s assassination to address issues related to presidential capacity and the ability of the vice president to permanently or temporarily assume their duties. Momentum for the 25th Amendment began during the prior decade when President Dwight Eisenhower was hospitalized on three occasions, after which he worked out a public arrangement for Vice President Richard Nixon to assume his duties in the event of his incapacitation during the rest of his term.

Given that Section 4 deals with problematic situations where the president can’t or won’t declare their disability (such as during intermittent consciousness), the procedures are more complex. After the vice president and Cabinet (or the other body) inform Congress of the president’s incapacity, the vice president immediately becomes acting president.

Thereafter, if the president informs Congress in writing that no inability exists, they resume their duties unless the vice president and Cabinet (or the other body) declare the president unable to discharge their duties within four days, in which case the issue goes to the legislative branch. Congress would be required to convene within 48 hours for the purpose of assessing the president’s capacity even if it isn’t in session at the time.

The 25th Amendment has been invoked six times since its ratification, three of which were related to vacancies in the office of the president and vice president during the administration of President Richard Nixon.

Its first use occurred in 1973 when Vice President Spiro Agnew resigned and Nixon appointed Gerald Ford to replace Agnew. It came into play twice in 1974: after Nixon’s resignation and Ford’s elevation to president, then for Ford’s nomination of Nelson Rockefeller to fill the vice presidential vacancy.

The three most recent invocations of the 25th Amendment resulted in the vice president becoming the acting president while the sitting president underwent medical procedures requiring anesthesia.

President Ronald Reagan transferred power to Vice President George H.W. Bush in 1986 while he underwent a colonoscopy, but did so while taking steps to avoid creating a binding precedent for his successors.