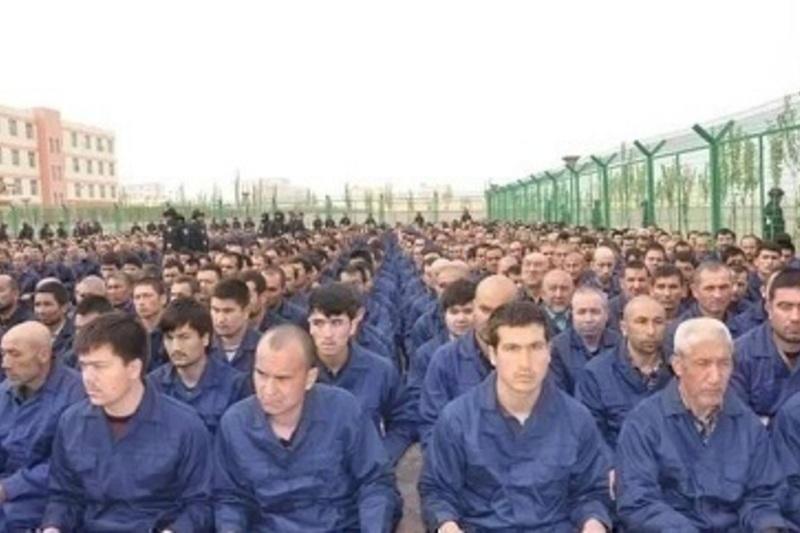 Should the U.S. Sanction Chinese Officials Unless They Stop the Mass Internment & Persecution of Uyghur Muslims in Xinjiang? (S. 3744)

This bill — the Uyghur Human Rights Policy Act of 2020 — would aim to address the Chinese government’s human rights violations & persecution of Uyghur Muslims and other ethnic Turkic Muslim minorities in the Xinjiang region. It would require federal agencies to produce reports related to the persecution in Xinjiang (described in greater detail below), block exports of technologies that could further that persecution, consider imposing sanctions on officials & entities involved, and pressure the Chinese government to stop the repression through various diplomatic efforts.

The bill would list several findings about the persecution of the 13 million Uyghurs and other Muslim ethnic minorities in Xinjiang, including that:

This bill would explicitly link U.S. policy toward China to the situation in Xinjiang, including whether:

The bill would urge the president to condemn these abuses, encourage China to close the internment camps & ensure human rights, and allow people inside the People’s Republic of China to reestablish contact with friends, loved ones, and associates outside the country.

The bill would require the State Dept. to work with U.S. allies & partners through multilateral institutions & the international community more broadly to condemn the persecution in Xinjiang. The executive branch would also be encouraged to consider levying sanctions against senior Chinese officials in the Xinjiang region.

U.S. companies & individuals operating in Xinjiang would be required to certify in their public or financial filings that their commercial activities aren’t contributing to human rights violations in Xinjiang or elsewhere in China, and that their supply chains aren’t compromised by forced labor.

Several reports regarding various aspects of China’s human rights abuses in Xinjiang & the U.S. would be required by this bill, including reports about:

The U.S. should take a stand against the Chinese Communist Party’s persecution of the Uyghurs and other predominantly Muslim ethnic minorities through the internment of a million or more in “political reeducation” & forced labor camps, and mass surveillance. The reports required by this bipartisan bill & potential sanctions would orient federal agencies toward strategies that could end the persecution diplomatically.

The reports required by this bill & potential additional sanctions could further weaken America’s diplomatic relationship with China which is already strained because of the origin of the coronavirus pandemic in China, ongoing disputes over trade & territory in the South China Sea, the suppression of democracy in Hong Kong, and tensions over North Korea’s nuclear program.

The Uyghurs and other predominantly Muslim ethnic minorities persecuted in Xinjiang; the Chinese government and its relations with the U.S.; DNI, FBI, the U.S. Agency for Global Media, and the State Dept.; and Congress.

In-Depth: Sen. Marco Rubio (R-FL) introduced this bill to counter the Chinese Communist Party’s “widespread and horrific human rights abuses” in the Xinjiang region, including the mass internment of more than one million Uyghur Muslims and other ethnic minorities:

“The Chinese Government and Communist Party’s systematic, ongoing efforts to wipe out the ethnic and cultural identities of the Uyghurs and other Muslim minorities in Xinjiang is horrific and will be a stain on humanity should we refuse to act. I thank my Senate colleagues for working together to send a clear message to Chinese officials responsible for egregious human rights abuses committed against the Uyghurs that they will be held accountable.”

“Today’s action by the Senate sends a clear message that the United States will not stand by as millions of Uyghur Muslims continue to be unjustly imprisoned, subjected to a mass surveillance state, and forced into labor camps by Beijing’s autocratic regime. Enactment of this legislation to provide justice for the Uyghur people and others subject to China’s gross violations of human rights and possible crimes against humanity is long overdue.”

“Today’s Senate passage of the Uyghur Human Rights Policy Act is an important step in holding the Chinese Communist Party accountable for its severe human rights abuses in Xinjiang. China’s illegal detainment of at least a million Uyghurs and other Muslim minorities in prison camps is reprehensible and inexcusable.”

This legislation passed the Senate by unanimous consent on May 14, 2020, and has the support of 66 bipartisan cosponsors, including 33 Republicans, 31 Democrats, and two Independents who caucus as Democrats.

The Senate passed an earlier version of this bill by unanimous consent in September 2019. That bill was subsequently amended by the House and passed on a 407-1 vote in December 2019.

In October 2019, the Trump administration imposed visa restrictions on Chinese officials involved in the mass surveillance and detention of minority groups, in addition to blacklisting 28 companies or entities connected to the persecution. At the time, Secretary of State Mike Pompeo called China's abuses a "brutal, systematic campaign to erase religion and culture in Xinjiang."

Of Note: Human rights experts say that between 800,000 to 2 million Muslims have been detained indefinitely in reeducation camps since April 2017 because the Chinese Communist Party views them as a potential extremist or separatist threat. Detainees are interned without due process in the camps, where they are subjected to communist propaganda, forced to renounce Islam, and in some cases are beaten and tortured.

And the crackdown extends beyond the reeducation camps as well, with political and cultural indoctrination occurring in schools and authorities using compulsory collection of biometric data (like DNA & voice samples), artificial intelligence, big data, and movement restrictions to control the population. A Human Rights Watch report notes that the “human rights violations in Xinjiang today are of a scope and scale not seen in China since the 1966-1976 Cultural Revolution”, and explains the motivation behind it:

“Authorities have sought to justify harsh treatment in the name of maintaining stability and security in Xinjiang, and to “strike at” those deemed terrorists and extremists in a “precise” and “in-depth” manner. Xinjiang officials claim the root of these problems is the “problematic ideas” of Turkic Muslims. These ideas include what authorities describe as extreme religious dogmas, but also any non-Han Chinese sense of identity, be it Islamic, Turkic, Uyghur, or Kazakh. Authorities insist that such beliefs and affinities must be “corrected” or “eradicated.”