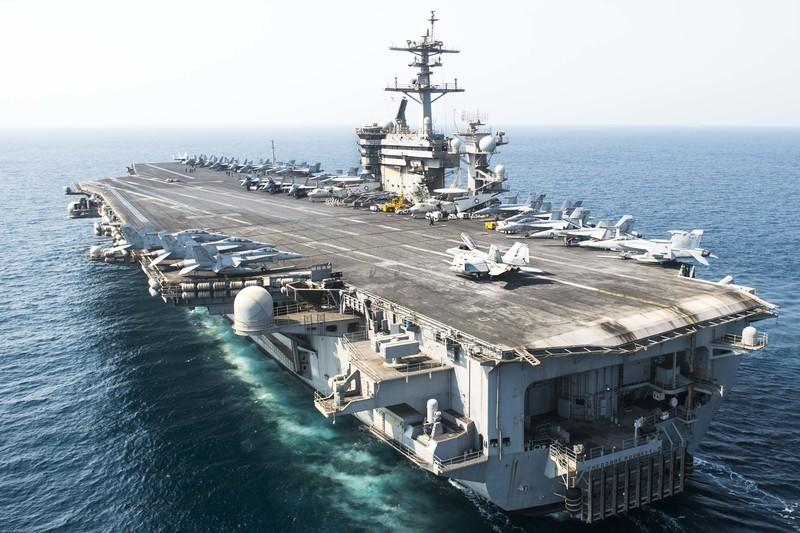 (UPDATED 12/6/20) This bill has been amended by Congress to serve as the bipartisan conference report for the fiscal year 2021 defense authorization package. It initially served as the legislative vehicle for the House version of the bill, which was merged with the Senate’s version by the conference committee. In its current form, the bill would authorize $731.6 billion in discretionary defense spending for fiscal year 2021, of which $662.1 billion would go to the base budget and $69 billion to Overseas Contingency Operations. An additional $9 billion in mandatory funding would also be authorized to bring the overall topline authorization to $740.5 billion. A summary of how the various provisions in the conference report impact troops, military families, equipment, the Dept. of Defense (DOD), and various aspects of U.S. defense policy can be found below.

Troops & Families: This section would fully fund a 3% pay raise for the military, increase hazardous duty pay by 10%, and reauthorize more than 30 types of bonuses and special pay. It would authorize an active-duty end strength of 1,348,375 including 485,900 in the Army; 347,800 in the Navy; 180,000 in the Marine Corps; and 333,475 in the Air Force. The bill would include the Space Force within the Air Force end strength, require the DOD to request a Space Force end strength in the FY2022 budget request, and direct the DOD to provide recommendations on the preferred organizational structure of Space Force reserve components.

This section would also expand the My Career Advancement Account Program, make improvements to the Military Spouse Employment Partnership Program, and allow for the reimbursement of costs incurred to maintain professional licenses and credentials when permanently changing station, including an additional $2.5 million for re-licensing expenses.

Equipment & Construction: The acquisition & modernization of several key defense technologies would be stepped up under this bill, including:

Nuclear Deterrence: This section would fund the sustainment and modernization of the nuclear deterrent, including Nuclear National Security Administration (NNSA) weapons programs and infrastructure; DOD submarines, ballistic and cruise missiles, aircraft, and command and control systems; as well as nuclear non-proliferation activities.

Space: This section would make technical changes needed to continue implementation of the Space Force; continue development of the space technology base including launch vehicles and responsive launch; and authorize increased funding for space domain awareness, launch development, and space-based surveillance capability. The Space Force would continue working with research institutions to establish critical research infrastructure and develop the future workforce.

The Chairman of the Joint Chiefs of Staff and service chiefs would be directed to report on the space-related missions and expertise within each service that should remain within each service and whether they require organized or liased Space Force personnel. The transfer of military installations would be prohibited prior to congressional defense committees receiving an analysis from the Secretary of the Air Force.

Pacific Deterrence Initiative: This section would establish the Pacific Deterrence Initiative (PDI) to send a strong signal to the Chinese Communist Party that America is deeply committed to defending its interests in the Indo-Pacific region. It would authorize $2.2 billion for PDI in FY2021 for missile defense, enhanced forward posture, and improving interoperability with allies & partners. The PDI would specifically aim to:

Alliances & Partnerships: This section would aim to develop & strengthen mutually beneficial alliances & partnerships as part of the National Defense Strategy, and would specifically:

This legislation is named after House Armed Services Committee Ranking Member William “Mac” Thornberry (R-TX), who is retiring from Congress at the end of this term. Thornberry served as chairman of the committee from 2015-2019 and has been a member of Congress since 1995.

Congress’s foremost constitutional duty is to provide for the national defense. While this bipartisan bill is a compromise, it will strengthen the military at a time when global threats are increasing and funding is hard to come by.

The U.S. shouldn’t be spending $740 billion on national defense, an amount significantly outpacing America’s most significant rivals. A smaller military would free up funding for other priorities.

The CBO estimates that enacting this bill would authorize $732.4 billion in spending for 2021.

“The agreement we have reached includes important provisions affecting our national security. Among the provisions we are most proud of are authorization of hazardous duty pay for our service members in harm’s way, improvements to military housing and programs for military families with children with special needs, addressing the shortage in military child care, authorizing $8.4 billion in military construction projects to fortify  critical infrastructure and base realignment and closure clean up , important new tools to deter China and Russia, reforms to make the Pentagon more efficient, innovative, and cost-effective, significant bipartisan provisions on artificial intelligence and cybersecurity, and provisions that strengthen our alliance with Israel. After the tragic loss of life in Pensacola last year, the NDAA also includes a prohibition on foreign student’s ability to possess firearms on military bases. For 59 straight years, the NDAA has passed because Members of Congress and Presidents of both parties have set aside their own policy objectives and partisan preferences and put the needs of our military personnel and America’s security first.  The time has come to do that again.”

“This year’s NDAA will strengthen our national defense now and for years to come. The conference agreement accelerates implementation of the National Defense Strategy, ensuring we not only have the best planes, ships, and tanks, but that our forces are in the right places, at the right time, with the right capabilities. It pushes back on Chinese aggression by establishing the Pacific Deterrence Initiative, and includes numerous policies to counter Russia and other potential adversaries. The bill directs investments to encourage innovation and develop the groundbreaking technology that will keep our children’s children safe. We encourage reform at the Pentagon that will allow it to operate more efficiently and effectively, and we secure our supply chain from overreliance on foreign adversaries. Most importantly, it takes care of our troops and their families — providing a three percent raise, increasing hazardous duty pay, and improving access to high-quality housing, education, and child care.”


President Donald Trump threatened to veto this legislation if it included provisions renaming bases and other military assets named after Confederates, arguing that it’s a concession to “cancel culture”. He also threatened to veto the NDAA if it didn’t include reforms to social media companies’ liability protections, which were left out by lawmakers.

Former Secretary of Defense Mark Esper supported the renaming of bases named after Confederates, and his disagreement with the president on the issue was among the reasons he was ultimately terminated by President Donald Trump.