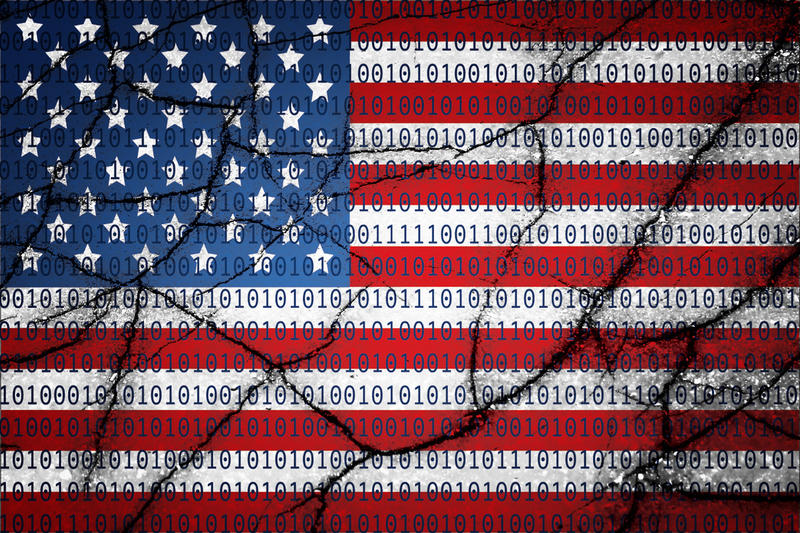 (UPDATE - 5/27/20): This bill — the USA FREEDOM Reauthorization Act of 2020 — would reauthorize surveillance and reform authorities under the Foreign Intelligence Surveillance Act (FISA), Section 215 of the PATRIOT Act, and the subsequent USA FREEDOM Act through December 1, 2023. Those authorities expired on March 15, 2020. A breakdown of the reforms included in this legislation, including adopted amendments, can be found below.

The government would be required to give notice to an individual who is the target of an investigation and whose information is collected under Section 215 when the government intends to use that information in a trial or other proceeding against them. The person would be able to challenge the admission of that evidence. An exception to these provisions would be included if the government demonstrates that providing notice would harm national security.

The government would be prohibited from retaining materials under Section 215 for more than five years.

For all applications submitted to the Foreign Intelligence Surveillance Court (FISC), the applicant would have to certify that the Dept. of Justice (DOJ) has, to the best of their knowledge, been apprised of all information that might reasonably call the accuracy of the application into question or may otherwise raise doubts with respect to the applicable findings required under law. Applications made under FSA would have to describe other investigative techniques carried out before making the application.

In cases where the target of an application for electronic surveillance or a physical search is a federal official or a candidate in a federal election, the application would be required to state in writing that the Attorney General has approved of the investigation.

Federal officers, employees, or contractors who engage in deliberate misconduct before the FISC or FISC-R (Foreign Intelligence Surveillance Court of Review) would be subject to appropriate adverse actions. A criminal penalty of up to 8 years imprisonment for anyone who knowingly makes a false statement before the FISC or FISC-R would be established; the maximum penalty for unauthorized use of electronic surveillance would be increased from 5 to 8 years; and a penalty of up to 8 years imprisonment would be established for any federal officer, employee, or contractor who intentionally discloses a FISA application or classified information contained in a FISA application to a person not authorized to receive classified information.

This bill would clarify that contempt before the FISC or FISC-R is punishable by up to 6 months imprisonment under the existing criminal contempt statute.

The requirement of FISC & FISC-R to appoint an amicus would be expanded to include cases presenting exceptional concerns about the protection of the rights of a U.S. person under the First Amendment, unless the court issues a finding that such an appointment would be inappropriate. An amicus before the FISC could petition the court to certify a question of law for review by the FISC-R; and an amicus before the FISC-R could request that the FISC-R certify a question of law for review before the Supreme Court. Amicus’s ability to access relevant information would be strengthened and amici could seek access to additional information and consult among themselves. Amici would serve 5-year terms and reappointments by the court for good cause would be permitted.

The FISC & FISC-R would be authorized to employ legal advisors to assist the courts in their duties, including by providing advice on issues presented by applications, identifying relevant concerns, and proposing appropriate requirements or conditions for approval of applications. The advisors would report solely to the presiding FISC & FISC-R judges.

Proceedings before the FISC & FISC-R would be required to be transcribed, and transcripts would have to be stored in a file associated with the relevant application or order. The DOJ & FISC would be required to maintain records of all substantive written communications between the Dept. and the court.

This bill would clarify that nothing in it could be construed as preventing the congressional intelligence committees from receiving FISA applications, orders, and related materials upon request, and in a timely manner.

Within 180 days, the Attorney General would be required to produce a report explaining how the government determines whether information is “obtained or derived” from FISA activities for purposes of FISA’s notice requirements; and a report explaining how the government interprets the prohibition against conducting an investigation of a U.S. person “solely upon the basis of activities protected by the First Amendment to the Constitution.”

The Privacy and Civil Liberties Oversight Board (PCLOB) would be required to issue a report regarding the manner in which the government’s use of FISA authorities may be premised on or may impact First Amendment activities or targets’ statuses as members of protected classes. Members of the PCLOB could be reappointed to consecutive terms and continue serving after their terms expired if they choose to do so.

Section 215, “roving wiretap,” and “lone wolf” authorities would be reauthorized through December 1, 2023.

This bipartisan bill contains significant reforms to both the federal government’s surveillance powers aimed at protecting civil liberties, and to the FISA process to ensure that agencies aren’t misleading the courts so that they can spy on average American citizens or political campaigns. It may not be perfect, but this bill prevents a lapse in these authorities that could jeopardize national security.

“Along with House Leadership, we have engaged in bipartisan negotiations with input from many members to get to a deal on reforming FISA while reauthorizing important national security provisions set to expire this weekend. Through those negotiations, we have been able to incorporate significant reforms to increase civil liberty and privacy protections to the base bill, and additional provisions that should garner bipartisan support. As with any negotiation, no one side is getting everything they want, but we believe it’s important to enhance transparency and privacy safeguards whenever possible. This bill would build on the achievements of the USA Freedom Act to increase the oversight and transparency of the FISA process. We look forward to working with our Members to pass this legislation, which would mark a significant step forward for civil liberties and avoid the possibility of a less progressive Senate extension or the expiration of authorities that are vital to national security.”

“I have reviewed the House FISA bill and support its passage. The bill contains an array of new requirements and compliance provisions that will protect against abuse and misuse in the future while ensuring that this critical tool is available when appropriate to protect the safety of the American people. I am pleased that the bill contains a number [of] provisions Director Wray and I put forward to address past failures, including compliance failures that the Inspector General has identified for us in his recent audit work. The IG’s analysis and recommendations have helped shape our proposals. The Director and I will promulgate additional, implementing rules that advance these reforms. It is of the utmost importance that the Department’s attorneys and investigators always work in a manner consistent with the highest professional standards, and this overall package will help ensure the integrity of the FISA process and protect against future abuses going forward.”

The co-chairs of the Congressional Progressive Caucus, Reps. Pramila Jayapal (D-WA) and Mark Pocan (D-WI) released a statement that they oppose the reauthorization:

“For months, we worked hard to secure vital reforms needed to overhaul the expansive surveillance powers authorized in Section 215 and the Foreign Intelligence Surveillance Act. Unfortunately, the final bill falls short of the reforms we requested last fall and are insufficient to protect the civil rights and liberties of the American public. It’s disappointing that Congress will not take this rare bipartisan opportunity to end sweeping, unconstitutional surveillance programs. Given the lack of these critical reforms, we will be voting no on the final legislation this week.”

The conservative House Freedom Caucus released a statement that it will officially oppose this legislation:

“Recent revelations that FISA was severely and repeatedly used to spy on a presidential campaign are beyond the pale--if the government can misuse this system to spy on a presidential campaign, they can surely do it to any other American citizen. As Congress considers reauthorizing FISA, anything short of significant and substantive reforms would betray the trust of the American people. The House Freedom Caucus will oppose any bill that does not meet a Constitutional standard for the the protections of American citizens’ rights. We will also oppose any ‘clean’, short-term reauthorization of the current, harmful version of FISA. Enhanced penalties for abusing the system and additional layers of certification from the Department of Justice and the FBI are insufficient to gain our support, particularly when, to date, no one has been charged with a crime for previous abuses. A proposal for additional scrutiny when elected officials and candidates are the target of investigations similarly misses the point: politicians don’t need more protection from government spying than their fellow citizens. More fundamental changes to standards of evidence and process that mirror as closely as possible our Article III courts are needed to gain our support.”

Of Note: In response to allegations that the FBI abused its authorities and misled the FISA court in seeking approval for its surveillance of Donald Trump’s 2016 presidential campaign, DOJ Inspector General Michael Horowitz released a report detailing 17 significant errors and omissions on the FBI’s part.

The IG found “seven significant inaccuracies and omissions” in the FBI’s initial application to the FISC for surveillance of Trump campaign advisor Carter Page:

In May 2020, declassified footnotes revealed that the FBI relied on the Steele dossier in its FISA applications for surveillance of Trump campaign aide Carter Page despite warnings from the intelligence community that it may have included Russian disinformation.