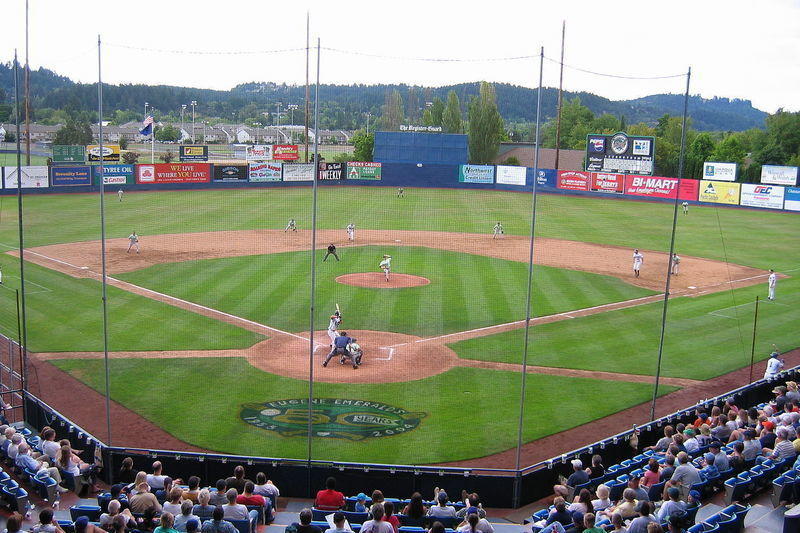 This bill would require the Government Accountability Office (GAO) to evaluate the social, economic, and historic contributions that Minor League Baseball has made to American life and culture after consulting with relevant congressional communities. It was introduced in response to a proposal by Major League Baseball to end its franchises’ affiliation with 42 Minor League Baseball (MiLB) clubs that this bill contends would “devastate” the communities that are home to affected clubs.

This bill includes several findings, including that:

Minor League Baseball clubs; their fans, players, staff, and the communities they exist in; relevant congressional committees; and the GAO.

The CBO estimates that enacting this bill would cost less than $500,000.

In-Depth: Rep. Lori Trahan (D-MA), whose district is home to the Lowell Spinners ballclub that’s on the MLB’s cut list, introduced this bill along with her fellow co-chairs of the Save Minor League Baseball Task Force to require the GAO to produce a report on Minor League Baseball’s contributions to the economic, cultural, and historic contributions to American life:

“Congress has long been a partner to Major League Baseball in protecting and expanding America’s favorite pastime. We deserve to have our voices heard in any conversation regarding Minor League Baseball with such potentially devastating consequences for the communities we represent. H.R. 6020 makes our position clear, and I am grateful to my fellow co-chairs and colleagues for their support of this effort.”

“Minor League Baseball teams have had a major impact on small communities. These teams provide an enormous cultural and economic benefit to these communities they call home. The goal of our involvement in this fight is to ensure a level playing field in the negotiations, we are hopeful the MLB and MiLB can find a compromise that will preserve Minor League Baseball in these 42 communities.”

“Minor League Baseball’s impact goes far beyond the scoreboard. There’s a reason this game is called America’s pastime, and before anyone takes action that could threaten baseball’s role in our communities, Congress should have a say in the process. I’m proud to see so much continued support for our efforts to protect teams like the Staten Island Yankees.”

“Baseball has a major economic and social impact in communities such as my hometown of Idaho Falls. Idahoans have given their local tax dollars in support of the Chukars in addition to their summer evenings spent at the ball park. This is a story that exists all across our country and it is worth preserving.”

“From the perspective of MLB clubs, our principal goals are upgrading the minor league facilities that we believe have inadequate standards for potential MLB players, improving the working conditions for MiLB players, including their compensation, improving transportation and hotel accommodations, providing better geographic affiliations between major league clubs and their affiliates, as well as better geographic lineups of leagues to reduce player travel.”

Jeff Lantz, senior director of communications for Minor League Baseball, explained to SBNation that MiLB is pushing to keep the current minor league structure and that the loss of MiLB status would likely be the end of professional baseball in those communities:

“Our goal is to keep baseball in the 160 minor league markets that we currently have. We want to do what we can to continue to grow baseball. A lot of kids might be losing baseball. The real negative here is the future of the game has been put in jeopardy a little bit… The independent league model as you’ve seen in a lot of cities that have shut down ballparks, whether it’s Camden, Nashua or some of these bigger markets. If the independent model doesn’t work there, it’s hard to imagine the independent model working in markets the size of the Appalachian League towns or the New York-Penn League towns. It works in Sugarland, Texas, and it works in St. Paul, Minnesota, but it’s really, really hard to have a sustainable business model with an independent team.”

This legislation passed the House Oversight & Reform Committee on a voice vote and has the support of 23 bipartisan cosponsors, including 13 Democrats and 10 Republicans.

Of Note: In 2018, Congress passed an omnibus spending bill that included the Save America’s Pastime Act which guaranteed Minor League Baseball players a minimum wage, but only for a 40-hour work-week during the season regardless of the number of hours they devoted to baseball activities. The legislation protected Minor League Baseball clubs from facing an increase in costs from having to pay a minimum wage plus overtime that would’ve threatened their financial existence.

Minor League Baseball players are paid signing bonuses when they’re selected in baseball’s draft or recruited from overseas and sign their first contract, but after that their monthly salaries are relatively low. Based on what tier of the minor league farm system a player is at, their monthly pay could range from $1,150 to $2,700 per month during their season, plus additional money for travel, though if a player makes the parent club’s 40-man roster their pay increases further.

To help out their ballplayers, minor league clubs can arrange reduced-cost housing for them with host families, while Major League clubs will often pay for some of the education costs their minor league players incur in the offseason if they take courses at a college or university.