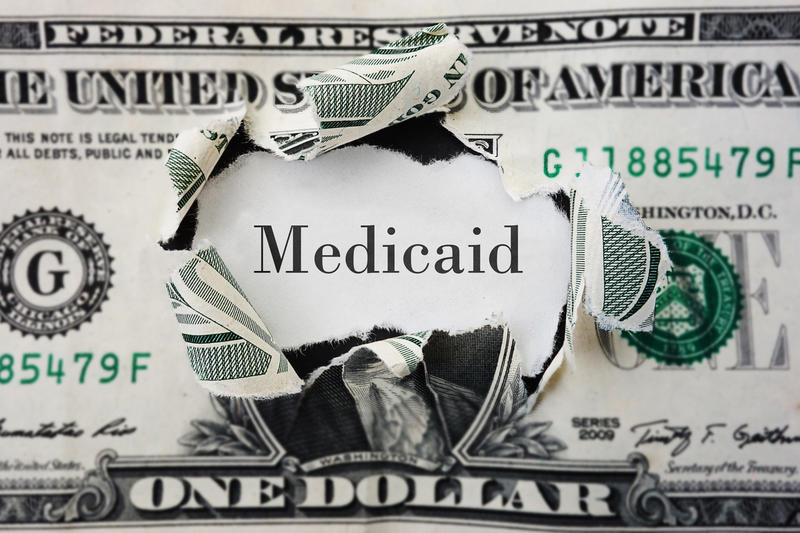 It would specifically condemn the following actions by the Trump administration:

The Trump administration has repeatedly taken actions that would undermine Medicaid benefits and jeopardize care for millions of vulnerable Americans. This resolution expresses the House’s disapproval of those actions and puts the White House on notice to leave Medicaid alone.

The Trump administration’s recently proposed reforms to Medicaid would improve the care healthy adults covered by the expansion receive by letting states fund their care through block grants if they choose to do so. This non-binding resolution is a waste of time.

Medicaid; and the Trump administration.

As a simple resolution, this legislation would have no cost.

“President Trump’s decision to roll back Medicaid is just one part of this Administration’s continued assault on affordable and accessible health care. These illegal block grants are just plain wrong. They will allow states who participate to limit the amount of federal dollars they receive to pay for the health care for the millions of lower income and vulnerable people across our country that depend on this program.”

On January 30, 2020, Centers for Medicare and Medicaid Services (CMS) Administrator Seema Verma announced the Healthy Adult Opportunity initiative, which would be an optional program to allow states to receive funding in the form of block grants for beneficiaries covered by the Obama era Medicaid expansion (e.g. beneficiaries under the age of 65 without a disability and for whom states have the option of covering):

“Vulnerable populations deserve better care. Data shows that barely half of adults on the Medicaid program report getting the care they need. This opportunity is designed to promote the program’s objectives while furthering its sustainability for current and future beneficiaries, and achieving better health outcomes by increasing the accountability for delivering results. We’ve built in strong protections for our most vulnerable beneficiaries, and included opportunities for states to earn savings that have to be reinvested in strengthening the program so that it can remain a lifeline for our most vulnerable.”

This legislation has the support of six cosponsors in the House, all of whom are Democrats.

Of Note: In November 2019, Tennessee became the first state to request that it receive the federal share of its Medicaid funding in the form of a block grant.

In 2017, the Trump administration and congressional Republicans proposed healthcare reform legislation that would’ve given states the option of taking the federal share of their Medicaid funding in the form of block grants. The House passed its version of the bill, but the Senate’s bill failed by a one vote margin.