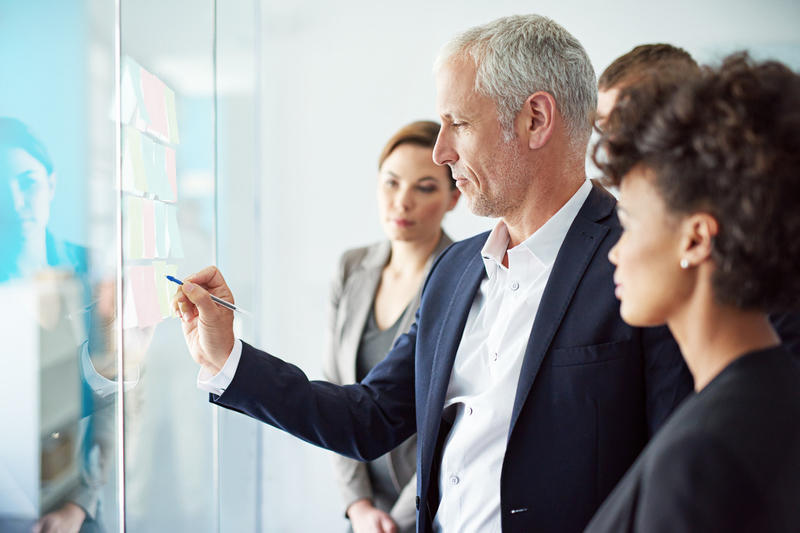 Should Public Companies be Required to Publish Board Diversity Information? (H.R. 5084)

This bill — the Improving Corporate Governance Through Diversity Act of 2019 — would require public companies to publish diversity data annually in their proxy statements, based on voluntary self-identification, on the racial, ethnic, and gender composition of their board of directors, nominees for the board of directors, and executive officers. They would also be required to publish data on those who have voluntarily self-identified as veterans.

This bill would establish disclosure requirements for public companies adopting any board policy, plan, or strategy to promote diversity.

Every three years, the Director of the Securities and Exchange Commission’s (SEC) Office of Minority and Women Inclusion (OMWI) would be required to publish best practices for compliance with this bill’s disclosure requirements. The Director would also be responsible for soliciting public comments to develop the best practices.

Finally, this bill would direct the SEC OMWI to establish an Advisory Council to advise on best practices for compliance with this bill’s disclosure requirements. This Advisory Council would include issuers and investors.

The composition of corporate boards — and specifically the inclusion of minorities, women, and veterans on corporate boards — is a matter of public interest. With this in mind, publicly traded companies should make information about their boards’ members publicly available.

This bill is duplicative with another bill, the Diversity in Corporate Leadership Act of 2019 (H.R.3279), that has also passed the House Financial Services Committee. Since these two bills address the same issues and have very similar provisions, they should be combined into one piece of legislation.

“Diversity has been proven to have a positive impact on business performance, and it is only natural for investors to want to know which companies are choosing to bring in a wealth of different perspectives into their corporate board rooms. Revealing the gender, racial, ethnic and veteran makeup of these corporate C-suites and boardrooms will not only shed light on the value of diversity, but hopefully encourage corporate shareholders to increase diversity in the highest ranks of their corporations.”

“The ‘Improving Corporate Governance Through Diversity Act of 2019’ is the culmination of years of methodical work, built on the premise that transparency is the first step to accountability. Corporate America should reflect the diversity of America, and the markets they seek to serve. Not only is increasing diversity in the C-Suites and corporate boards the right thing to do, it is the smart business decision to make.  Time and again we have seen studies reveal the value a diverse board adds to a company’s decision making process through unique perspectives. Progress in diversity and inclusion, including at the most senior level of organizations, is key to making companies more responsible stakeholders in the American community and economy, and has been shown to improve financial performance."

“As my Corporate Diversity Survey clearly outlines, there is a diversity problem in our nation’s top performing companies. This bill provides a way forward to promote transparency in corporate America, while highlighting the need for further accountability by companies like the Fortune 100s I have surveyed in the past. As our country undergoes tremendous demographic and economic change, it is time the leaders of America’s most successful companies recognize that diversity is not just a buzzword – it’s a deliverable.”

The U.S. Chamber of Commerce supports this legislation. In a February 7, 2019 letter to Rep. Meeks, it wrote:

“The Chamber supports the ‘Improving Corporate Governance Through Diversity Act of 2019,’ and supports efforts to increase gender, race and ethnic diversity on corporate boards of directors… Diversity has become increasingly important to institutional investors, pension funds, and other stakeholders. According to PwC’s 2018 Annual Corporate Directors Survey, 94% of board directors surveyed indicated that a diverse board brings unique perspectives, 84% responded that diversity enhances board performance, and 91% reported that their boards are taking steps to increase diversity. The ‘Improving Corporate Governance Through Diversity Act of 2019’ would establish a model to organically boost diversity on boards, rather than the counterproductive quota-driven strategies that some jurisdictions have attempted.”

While Republican members of the House Financial Services Committee support this legislation, they want to see it condensed with a substantially similar bill, the Diversity in Corporate Leadership Act of 2019 (H.R.3279), sponsored by Rep. Carolyn Maloney (D-NY), which passed the committee by a 52-6 vote. That bill would also require companies to disclose board members’ and board nominees’ gender, race, and ethnicities. It would also establish an SEC committee to examine diversity issues. Rep. Andy Barr (R-KY) has urged the House Financial Services Committee to condense the “duplicative and inconsistent legislation” into a single bill.

This legislation passed the House Financial Services Committee by a 53-5 vote with the support of 27 Democratic House cosponsors. Its Senate companion, sponsored by Sen. Bob Mendenz (D-NJ), has two Democratic Senate cosponsors.

Last Congress, this legislation had 19 Democratic House cosponsors and didn’t receive a committee vote. It didn’t have a Senate companion.

NASDAQ, the Office of the New York State Comptroller, the NAACP, the Urban League, the Council for Institutional Investors, and the U.S. Chamber of Commerce support this legislation.

Of Note: The Alliance for Board Diversity reports that over 80% of new board directors in 2017 were white men. Among Fortune 100 companies, minority men have made only a 1% gain in corporate board seats over the period 2016-2018 — which is almost as much progress as achieved over the past 12 years.