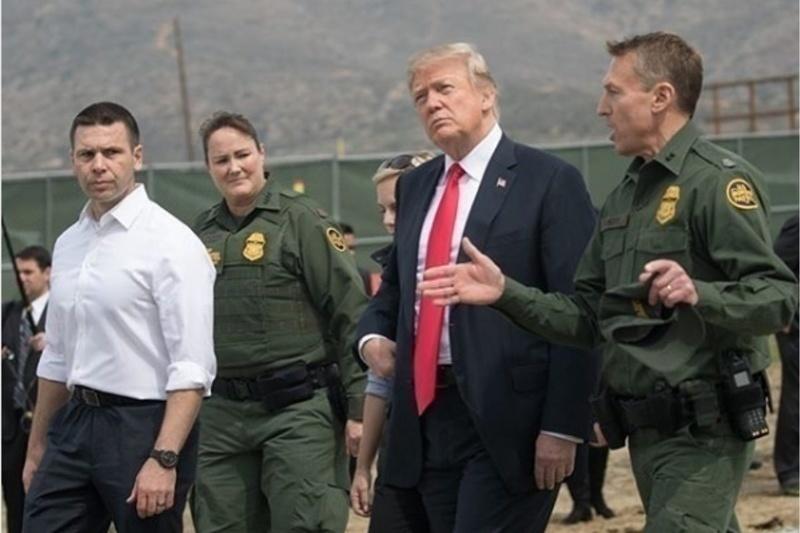 Under the National Emergencies Act, Congress can vote every six months to terminate emergencies declared by the president and legislation to that effect can be given expedited consideration: a joint resolution to terminate an emergency would have to be reported out of committee within 15 calendar days and placed on the floor for a vote within three calendar days after that. If passed, the bill would have the same privileged status in the other chamber of Congress.

As a joint resolution, this legislation could be considered by both chambers of Congress and signed into law by the president.

President Donald Trump usurped congressional authority by arbitrarily declaring a national emergency in an effort to fund construction of his border wall. Congress ought to exercise its constitutional power as a coequal branch of government by terminating the emergency declaration.

For better or worse, Congress gave the president the power to declare emergencies and use certain defense funds to address them. This bill is nothing more than an attempt by Democrats to score political points, as they know they won’t have the votes to override President Trump’s veto.

Congress; federal agencies; and the president.

In-Depth: Sponsoring Sen. Tom Udall (D-NM) introduced this joint resolution for a second time in the 116th Congress to terminate President Trump’s national emergency declaration and uphold the separation of powers outlined in the Constitution:

“New Mexico just lost $125 million in military construction funding and millions more could be at risk if this so-called emergency goes on unchecked. We must continue to stand up in a bipartisan way to block the president from circumventing Congress and stepping on the separation of powers, or else a new and dangerous precedent will be set. Emergency declarations are for true national emergencies—not for going around Congress to get funding that Congress rejected as part of the regular budget process. Along with many New Mexicans, I believe the border wall is an ineffective and offensive vanity project that wastes taxpayer dollars. But stopping any administration from taking away Congressionally-appropriated funds – designated for critical military projects in our states – for political purposes should be something that we can all agree on, regardless of where you stand on the border wall.”

“Let me be clear: The question before us is not whether to support or oppose the wall, or to support or oppose the President. Rather, it is: Do we want the Executive Branch—now or in the future—to hold a power that the Founders deliberately entrusted to Congress? I strongly support protecting the institutional prerogatives of the Senate, and the system of checks and balances that is central to the structure of our government. Each of these deferred military construction projects was recommended by the President in his budget request, and funding for them was passed by both chambers of Congress and signed into law by the President, just as our system was intended to work. This bipartisan Resolution blocks this overreach, and nothing more, and I urge our colleagues to support it.”

When the Trump administration announced its plan to divert $3.6 billion in military construction funding to build the border all, Republican senators up for reelection from affected states — Colorado, Arizona, North Carolina, Texas and South Carolina — stuck with the president, insisting that they money will be replenished later on. Sen. Lindsey Graham (R-SC), who is up for reelection in 2020 and whose state will see military money diverted for the wall, says:

Sen John Cornyn (R-TX) argues that the current predicament is due to Democrats’ stonewalling on funding for the wall. Downplaying concerns about military construction projects in his home state, Sen. Cornyn argues that passing funding to replenish funds diverted now later on will be drop in the bucket against total defense appropriations:

“We wouldn’t be in this position if Democrats would just vote for border security funds but since they won’t do it then the president is exercising these extraordinary powers. We all have parochial concerns about our states but border security is part of national security so my constituents want to make sure we do our job. And if the Democrats won’t cooperate then we’re going to have to do the best we can without them.”

The original House version (H.J.Res.46) of this joint resolution, sponsored by Rep. Joaquin Castro (D-TX), passed both chambers of Congress, but was vetoed by President Trump on March 15, 2019. Overriding the veto would require a two-thirds vote in both chambers of Congress. A new House version (H.J.Res.75), sponsored by Rep. Castro, was introduced on September 19, 2019 without any cosponsors.

Of Note: President Trump declared a national emergency to access $3.6 billion in funding from the Dept. of Defense’s military construction budget and use it to build barriers on the southern border (an additional $3.1 billion will come through other executive actions).