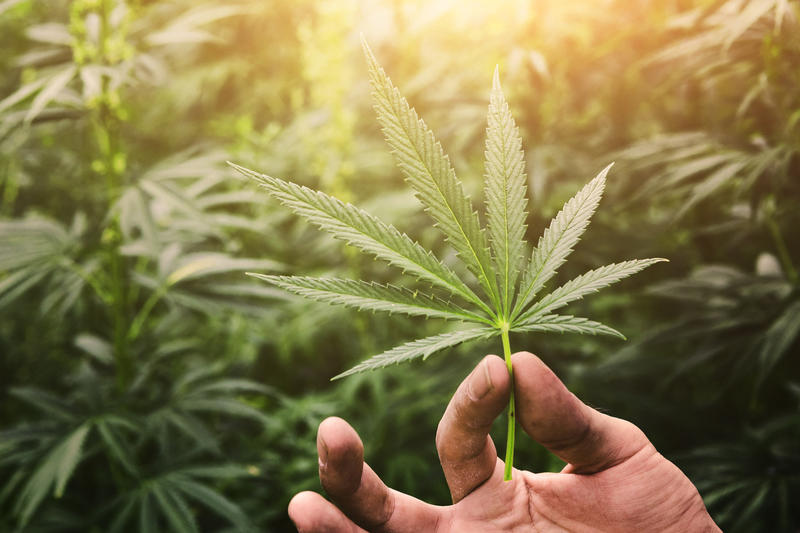 Should Marijuana Be Federally Decriminalized & Past Cannabis Crimes Expunged? (H.R. 3884)

This bill — the Marijuana Opportunity Reinvestment and Expungement (MORE) Act of 2019 — would provide for comprehensive marijuana reform. At a high level, it would decriminalize marijuana at the federal level and require resentencing and expungement of prior marijuana-related convictions. A detailed breakdown of its various provisions can be found below.

Marijuana decriminalization with a criminal justice reform component is needed to address the negative impact of the War on Drugs on minority communities and create economic opportunity by ending the federal prohibition.

Marijuana is an addictive substance, and legalizing it will only increase its use. Rather than legalizing marijuana, we should instead look for ways to address the reasons for people’s marijuana use.

Individuals who would use marijuana; individuals with marijuana-related convictions and offenses on their records; marijuana legalization; marijuana scheduling under the Controlled Substances Act (CSA); marijuana offenses’ impact on immigration laws; SBA funding for legitimate cannabis-related businesses and service providers; imposition of a 5% sales tax on marijuana to fund an opportunity trust fund; and the BLS.

“Despite the legalization of marijuana in states across the country, those with criminal convictions for marijuana still face second class citizenship. Their vote, access to education, employment, and housing are all negatively impacted. Racially motivated enforcement of marijuana laws has disproportionally impacted communities of color. It’s past time to right this wrong nationwide and work to view marijuana use as an issue of personal choice and public health, not criminal behavior. I’m proud to sponsor the Marijuana Opportunity Reinvestment and Expungement Act to decriminalize marijuana at the federal level, remove the needless burden of marijuana convictions on so many Americans, and invest in communities that have been disproportionately harmed by the war on drugs. I want to acknowledge the partnership in developing this legislation with my colleagues, Rep. Barbara Lee and Rep. Earl Blumenauer, Co-Chairs of the Congressional Cannabis Caucus, as well as the contributions of Rep. Hakeem Jeffries and Rep. Nydia Velazquez.”

In remarks at this bill’s markup, Rep. Nadler added:

“For far too long, we have treated marijuana as a criminal justice problem instead of a matter of personal choice and public health. Whatever one’s views on the use of marijuana for recreational or medicinal purposes, arresting, prosecuting, and incarcerating users at the federal level is unwise and unjust… Federal action on this issue would follow growing recognition in the states that the status quo is unacceptable. Despite the federal government’s continuing criminalization of marijuana, 33 states and the District of Columbia have legalized medical cannabis. Eleven states and the District of Columbia have legalized cannabis for adult recreational use. I have long believed that the criminalization of marijuana has been a mistake, and the racially disparate enforcement of marijuana laws has only compounded this mistake, with serious consequences, particularly for minority communities… It was only in the early part of the 20th century that marijuana began to be criminalized in the United States—mainly because of misinformation and hysteria, based at least in part on racially-biased stereotypes connecting marijuana use and minorities, particularly African-Americans and Latinos. In 1970, when President Nixon announced the War on Drugs and signed the Controlled Substances Act into law, the federal government placed marijuana on Schedule I, where—unfairly and unjustifiably—it has remained ever since. As a consequence, thousands of individuals—overwhelmingly people of color—have been subjected, by the federal government, to unjust prison sentences for marijuana offenses. This needs to stop.That is why we are taking action today… [A]pplying criminal penalties, with their attendant collateral consequences for marijuana offenses is unjust and harmful to our society. The MORE Act comprehensively addresses this injustice, and I urge all of my colleagues to support this bill today."

“Times have changed — marijuana should not be a crime. We need to start regulating marijuana, and expunge marijuana convictions from the records of millions of Americans so they can get on with their lives. As marijuana becomes legal across the country, we must make sure everyone — especially communities of color that have been disproportionately impacted by the War on Drugs — has a real opportunity to participate in this growing industry. I am thrilled to work with Chairman Nadler on this timely and important step toward racial and economic justice.”

The Drug Policy Alliance is among the civil rights, criminal justice, drug policy, and immigration groups that supports this bill. Its policy coordinator, Queen Adesuyi, says:

“The disproportionate rates of marijuana arrests and incarceration faced by low-income communities and communities of color only scratch the surface of the devastation that prohibition has caused. Marijuana convictions have disrupted people’s lives -- from one’s ability to secure or maintain employment, housing, funds for education, a valid driver’s license to the ability to keep one’s kids or remain in this country for noncitizens. The Marijuana Opportunity Reinvestment and Expungement Act ends prohibition in a way that centers communities most impacted by criminalization with reform that is as comprehensive as the decades of harm inflicted.”

The House Democratic caucus is divided on how best to enact marijuana reform. This bill is one of the most sweeping proposals, whereas other legislation is more targeted, emphasizing regulatory issues or the financial ramifications of banking.

Rep. Matt Gaetz (R-FL), who was one of two House Judiciary Committee Republicans who voted in favor of this bill during its committee markup, argues, “We are not rushing; we are being dragged forward by our constituents.” However, he also warns that some of this bill’s attempts to redress damage from the War on Drugs could be too extreme for conservatives.

However, Democrats insist that those measures are essential. Rep. Hakeem Jeffries (D-NY) notes that the incarcerated population in America has jumped from 350,000 at the start of the War on Drugs to 2.2 million now, disproportionately jailing black and Latino people. As an example, he cited New York, the “marijuana arrest capital of the world,” where 80% of people busted on minor possessions were black or Latino. With this in mind, he said:

Most House Judiciary Committee Republicans objected to this bill when their committee considered, and ultimately passed, it. Ranking Member Doug Collins (R-GA) called it “nearly devoid of bipartisan support,” and another committee member, Rep. Ken Buck (R-CO), expressed pessimism about this bill’s chances in the Senate:

"I don't think a majority of the Republicans will support this bill. It is even less likely that the Senate would take it up. Therefore, I would just suggest that we deal with other bills that we can get a much larger bipartisan support from."

In December 2018, Senate Majority Leader Mitch McConnell (R-KY) told reporters he doesn’t “have any plans to endorse the legalization of marijuana” despite his approval of a farm bill legalizing hemp (a major crop in his home state of Kentucky) last year.

Those who oppose marijuana legalization contend that it would increase the number of car accidents involving marjuana users, lead to more people using stronger and more addictive drugs, encourage more people to use marijuana, not benefit society or individuals much, and/or harm people. Writing in HuffPost in 2017, Dr. Deni Carise, a nationally recognized expert in addiction treatment and Chief Scientific Officer at Recovery Centers of America, wrote:

“[M]arijuana is addictive. Yes, less addictive than heroin or cocaine, but addictive nonetheless. I see it day-in and day-out in my field of addiction treatment, and I hear the stories from clients and families alike. Argue if you will, but behind you stands a long line of families whose lives have been completely upturned from the drug. And the big business of marijuana will need to continue to seek new and more frequent users… [W]hat we really need to do as a society is to deal with the reasons why we want to get high in the first place. Is it anxiety? Depression? Let’s treat these symptoms with appropriate therapy, provide adequate mental health coverage, so that one does not have to use mind-altering substances to get by. Then, we will have truly succeeded at making progress. Habitual drug use is not going to resolve our problems. The bottom line is that we have enough issues in this country these days. This country doesn’t need another legal intoxicant. Haven’t we learned enough with alcohol and tobacco?”

President Trump’s views on marijuana legalization are murky. In April 2019, President Trump said he supported legislation that would protect legal marijuana activities in states that have approved them. However, he has also openly opposed pro-legalization legislation. According to an August 2019 statement from then-Health and Human Services (HHS) Secretary Alex Azar, he even went so far as to donate part of his 2019 presidential salary to pay for a promotional campaign the negative effects of marijuana use.

Additionally, in a position paper, the White House Office of National Drug Control Policy says marijuana “has a high abuse potential and no approved therapeutic use.” Citing concerns about child developmental impacts, mental health problems, and marijuana’s potential as a gateway to harder drugs, the position paper concludes that substance use prevention should be prioritized over legalization.

This legislation passed the House Judiciary Committee by a 24-10 vote (all Democrats voted in favor, and two Republicans, Reps. Matt Gaetz (R-FL) and Tom McClintock (R-CA) joined them) on November 20, 2019, with the support of 57 bipartisan House cosponsors, including 56 Democrats and one Republican. It has also been introduced in seven other House committee, none of which have yet taken action on it. Its chances in the Senate are even slimmer. Rep. Nadler himself says he assumes the Senate won’t accept this bill “as is,” but doesn’t agree with the assertion that the Senate won’t take this bill.

Of Note: To date, 33 states have legalized medical marijuana and 11 states have legalized recreational marijuana use. A May 2019 Gallup poll found that 64% of respondents supported marijuana legalization. While marijuana legalization can be an economic boon to communities, critics say minorities are being left out. Maritza Perez, senior policy analyst for criminal justice reform at the Center for American Progress (which supports this bill), says:

“We think it’s deeply unfair that now people are making so much money and so much wealth being created from regulated marijuana markets when historically people of color and low-income people have bore the brunt of drug enforcement policy in this country.”

Nearly all of the major candidates seeking the 2020 Democratic presidential nomination have adopted pro-legalization stances. Some of those Democrats have introduced other marijuana bills this Congress, including:

During the November 20, 2019 Democratic presidential debate, Sen. Booker criticized former Vice President Joe Biden, who had recently made statements opposing marijuana legalization, saying, “It’s a debate, and I want a lot more before I legalize it nationally. I want to make sure we know a lot more about the science behind it.” Earlier, Biden also said “that there’s not nearly been enough evidence that has been acquired as to whether or not it (marijuana) a gateway drug.” Sen. Booker argued that Biden’s stance illustrates how out of touch he is with minority communities, saying:

“This week I hear [Biden] literally say that I don’t think we should legalize marijuana. I thought you might’ve been high when you said it. Marijuana in our country is already legal for privileged people, and the war on drugs has been a war on black and brown people. There are people in Congress right now that admit to smoking marijuana while there are people—our kids—are in jail right now for those drug crimes.”

In response, Biden said, “I think that we should decriminalize marijuana, period, and I think anyone who has a record should be let out of jail, their records expunged, can be zeroed out. But I do think it makes sense, based on data, that we should study what the long-term effects are for use of marijuana. That’s all it is.”