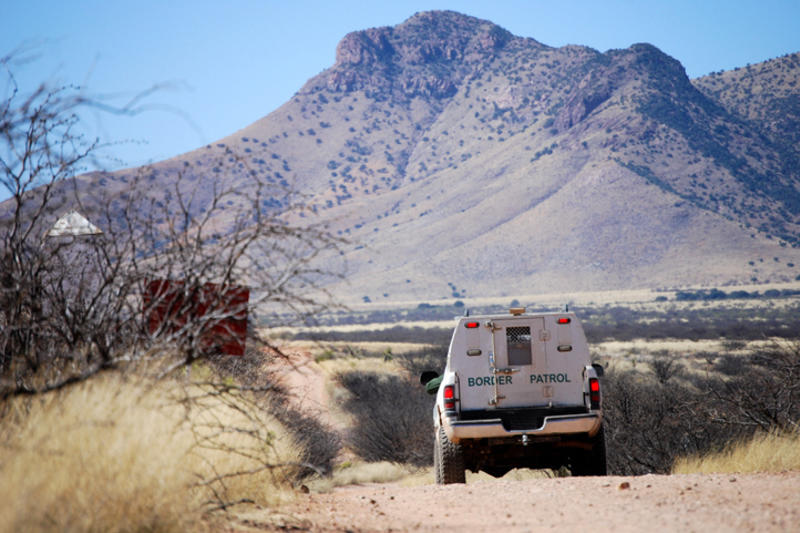 Should the Federal Gov’t Provide More Funding to Help Report & Identify Remains of Missing Persons Along the U.S.-Mexico Border? (S. 2174)

This bill, known as the Missing Persons and Unidentified Remains Act of 2018, would increase the availability of funds to help report and identify the remains of missing persons along the U.S.-Mexico border.

This legislation would expand eligibility to apply for certain grants to state and local governments, accredited government-funded CODIS forensic laboratories, and medical examiners for entry of data into the Federal Bureau of Investigation’s (FBI) Combined DNA Index System (CODIS) or the National Missing and Unidentified Persons System (NamUS). It would also authorize the use of these grants funds to cover the costs of:

Additionally, this legislation would expand Customs and Border Patrol’s (CBP) legal authority to purchase and deploy up to 170 self-powering 911 cellular relay rescue beacons to mitigate deaths on the southern border.

Unauthorized border crossings at the U.S.-Mexico border are risky and often lethal. Too often, remains are not identified and their loved ones are left without closure. By making federal resources and funding available to border communities to help identify remains, this bill would alleviate the financial strain on border communities that currently pay for identifying migrant remains and help ensure that more migrants’ remains are identified and returned to their loved ones.

While it is certainly tragic that unauthorized immigrants may perish while attempting to cross the southern border, the truth remains that these persons are aware of the risks they undertake in these journeys. Right now, when the U.S. is already straining to meet the needs of residents within its own borders, is not the time to make further expenditures that do not directly serve U.S. residents.

“Our border communities have experienced the very real consequences of the treacherous journey travelled by many seeking to come to this country. My hope is that this bill will help local communities identify those who have gone missing, process unidentified remains, and invest in forensic equipment to provide closure to families in the United States and abroad.”

In comments before introducing this legislation in July 2019, Sen. Cornyn added:

“I’ve been to Sacred Heart Cemetery in Brooks County, Texas, where I saw graves of these unknown [migrants]. This isn’t a rare occurrence – thousands have died while attempting to enter the United States. It’s one of the toughest parts of the job for Border Patrol agents, and takes a toll on communities, as well who are obligated to do what is right to ensure the dignity of the deceased. The process of identifying these remains is incredibly expensive, and often falls to state and local law enforcement, medical examiners, and crime and forensic labs in border states… Border communities have experienced the negative consequences of the migrant crisis, and they are often forced to do the job of the federal government without the federal assistance that should come with it. This bill would go a long way in defraying those costs, and providing additional resources to the local communities working to identify those who have gone missing, process unidentified remains, and invest in forensic equipment to provide closure to families in the United States and abroad.”

“Our nation has a chance to put more resources into helping identify the remains of missing persons, and to bring closure to families who know not whether to grieve, or continue the search. This piece of legislation would provide much-needed resources directed at finding answers for families across the U.S. Southwest Border. Passing this bill will help our ranchers and farmers, our counties, and our local sheriffs."

The National Immigration Forum expressed supported for this legislation in an October 5, 2020 bill analysis:

“The Missing Persons and Unidentified Remains Act would make an immediate impact, both by saving lives on the border and by allowing the families of those who have lost loved ones to gain closure. This is a bipartisan, common-sense reform that would allow the country to treat those dying or crossing between ports of entry with dignity and humanity.”

In the 115th Congress, Sen. Cornyn introduced this legislation with five bipartisan Senate cosponsors, including three Democrats and two Republicans. Rep. Gonzalez also introduced companion legislation in the House with the support of one Republican cosponsor, Rep. Will Hurd (R-TX). Neither bill received a committee vote.

Of Note: Migrants attempting to illegally cross the U.S.-Mexico border between ports of entry often face difficult terrain and extremely dangerous conditions. For example, the temperature in parts of Arizona’s Sonoran Desert can reach over 140 degrees Fahrenheit in the summer and drop to below freezing in the winter.

From fiscal years 1998 through 2018, the U.S. Border Patrol reported 7,505 migrant deaths on the border. Most were caused by dehydration, drowning, and exposure to extreme heat or cold. These figures likely underreport deaths, as the statistics only report those who have been positively identified by border patrol agents. In many cases, the bodies of migrants who perish during attempted border crossing are difficult — if not impossible — to identify after exposure to the desert for prolonged periods. Since 1998, over 2,000 unidentified bodies — most of which were in pieces due to animal predation — have been retrieved north of the U.S.-Mexico border.

The costs of transporting, preserving, and autopsying a migrant’s remains ranges from $1,500 to $4,000. These costs can add up quickly for border counties. From 2009 to 2012, Brooks County, Texas spent $670,000 to transport, identify, and process unidentified migrants’ remains.