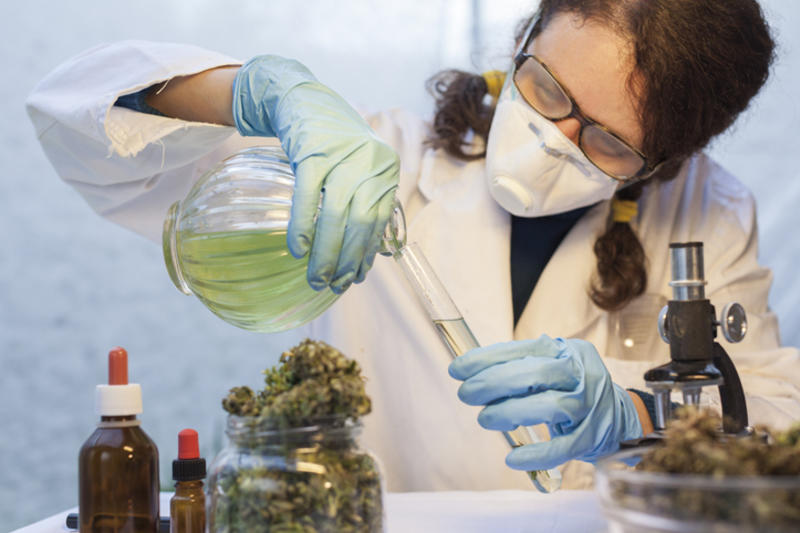 Should Congress Make it Easier for Scientific Researchers to Obtain Marijuana for Medical Research? (H.R. 3797)

This bill, known as the Medical Marijuana Research Act of 2019, would address two major barriers currently faced by scientific researchers seeking to conduct legitimate medical research with cannabis, a Schedule I drug.

This bill would specifically:

If the goal of this legislation is simply to make medical-grade marijuana more readily available to scientific researchers, then there is no need for it. Rather than passing this legislation, Congress should increase medical marijuana availability by directing the Drug Enforcement Administration (DEA) to approve the 26 cultivators that have applied to supply medical-grade research cannabis under a 2016 policy change that has yet to be implemented.

“47 states have legalized some form of cannabis, yet the federal government is still getting in the way of further progress on the potential for research. We owe it to patients and their families to allow for the research physicians need to understand marijuana’s benefits and risks and determine proper use and dosage.”

After this bill’s passage by the House Energy and Commerce Committee, Rep. Blumenauer added:

“As momentum grows in our effort to end the failed prohibition of cannabis, we also need to address failed drug laws like the ones that make it extremely difficult for researchers and doctors to study cannabis. With some form of cannabis legal in nearly every state, it’s inexcusable that the federal government is still blocking qualified researchers from advancing the scientific knowledge of cannabis. The bipartisan support of our legislation in today’s committee markup is an important step in removing unnecessary barriers to medical cannabis research and ensuring that patients, clinicians, and consumers can fully understand the benefits and risks of cannabis.”

“As a physician who has conducted NIH-sponsored research, I cannot stress enough how critical this legislation is to the scientific community. Our drug policy was never intended to act as an impediment to conducting legitimate medical research. If we are going to label marijuana as medicine, we need to conduct the same rigorous scientific research on efficacy and safety that every other FDA-approved treatment undergoes. This legislation will facilitate that research by removing the unnecessary administrative barriers that deter qualified researchers from thoroughly studying medical marijuana.”

After this bill’s passage by the House Energy and Commerce Committee, original cosponsor Rep. Debbie Dingell (D-MI) said that its passage would remove “outdated” barriers to medical marijuana research:

“There is a strong need to better understand the medicinal benefits of marijuana, but researchers don’t have the tools necessary to conduct proper, science-driven research. That research requires us to remove outdated barriers that prevent research. Doing so will improve our understanding of medical marijuana and provide additional treatment options for millions of patients.”

The American Psychological Association (APA) is among a number of scientific research organizations that supports this legislation. Its CEO, Arthur C. Evens, Jr., Ph.D., says:

“Scientists who have been discouraged from studying cannabis because of the hurdles associated with the registration process, redundant protocol reviews and security requirements will be encouraged by this bill, which greatly simplifies the whole process. Psychologists are interested in studying a wide range of scientific questions related to the use of real-world cannabis products, including cannabis use disorder, cognitive impairments, risk for psychosis and motor vehicle impairment, and the potential therapeutic uses for cannabis derivatives. Without access to an expanded range of cannabis products, scientific research cannot hope to keep pace with the expanding recreational and medicinal cannabis marketplace. This bill will facilitate the rapid approval of applications to manufacture cannabis products from non-government sources, resulting in a supply that can meet the needs of cannabis researchers.”

Lee Hannah, a cannabis policy researcher at Wright State University, says the access-related problems that currently plague marijuana research could be resolved by putting marijuana on the Schedule II, rather than Schedule I, list. This would make more research funding available and also make it easier for researchers to access medical marijuana with which to conduct experiments.

This legislation passed the House Committee on Energy and Commerce by voice vote with the support of 21 bipartisan House cosponsors, including 12 Republicans and nine Democrats.

A number of prohibitionist scientific research organizations, including the American Psychological Association (APA) and the American Academy of Neurology (AAN), support this legislation. They are joined by several marijuana policy advocacy groups, including Smart Approaches for Marijuana (SAM Action) and the Marijuana Policy Project (MPP).

Of Note: In 2016, the Drug Enforcement Administration (DEA) announced a policy change increasing the number of authorized cannabis manufacturers that could supply medical-grade research cannabis.

To date, the DEA has yet to approve any of the 26 cultivators that applied under this policy. Therefore, at present, the federal government only allows researchers to use marijuana provided by the University of Mississippi. However, researchers say that the University of Mississippi’s marijuana is closer to hemp than it does the medical or recreational marijuana produced by state-licensed providers. This has impeded researchers’ efforts to understand marijuana’s full medical benefits.

Over the 2008-2019 period, the U.S. spent about $1.5 billion on marijuana research, most of which was focused on the potential harm — rather than the medical potential — of marijuana. In this same time period, overall cannabis research funding in the U.S. has risen steadily from less than $30.2 million in 2000 to over $143 million in 2018; and the share of funding spent on exploring medical marijuana applications is growing.