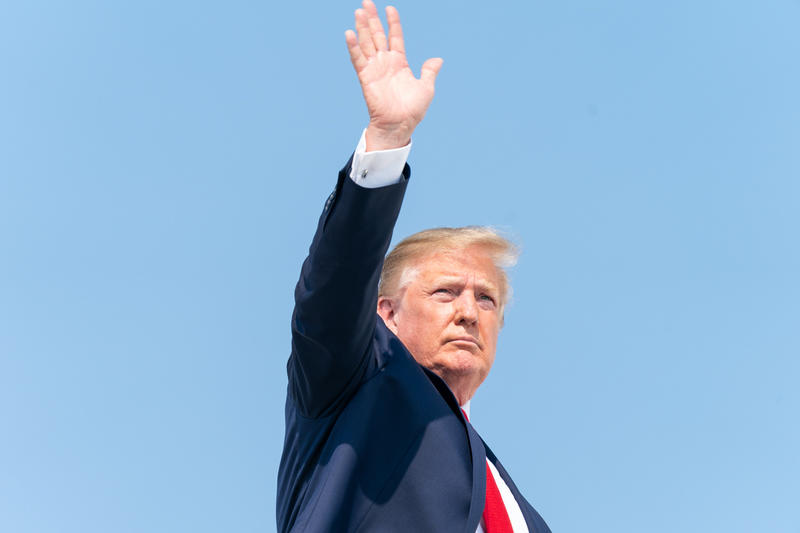 Should the House Condemn President Trump Telling Members of Congress to ‘Go Back’ Where They Came From as Racist? (H. Res. 489)

This resolution would strongly condemn President Donald Trump’s “racist comments that have legitimized and increased fear and hatred of new Americans and people of color” by telling members of Congress who are immigrants (or were wrongly assumed to be immigrants) to “go back” to other countries and referring to immigrants and asylum-seekers as “invaders.”

Additionally, the resolution would express that the House of Representatives “believes that immigrants and their descendants have made America stronger,” are “every bit as American” as those whose families have lived in the U.S. for generations. It would add that the House is “committed to keeping America open to those lawfully seeking refuge and asylum from violence and oppression, and those who are willing to work hard to live the American Dream, no matter their race, ethnicity, faith, or country of origin.”

As a simple resolution, this legislation is non-binding and wouldn’t advance beyond the House if adopted.

President Donald Trump’s tweets telling four Democratic congresswomen to “go back” to other countries were xenophobic, bigoted, and racist. The House should take a stand by passing this resolution condemning the president’s rhetoric.

The House shouldn’t waste time trying to score political points by voting on a non-binding resolution condemning President Donald Trump’s comments as racist & xenophobic. There are more important legislative matters to attend to.

President Donald Trump; and the House of Representatives.

“So interesting to see “Progressive” Democrat Congresswomen, who originally came from countries whose governments are a complete and total catastrophe, the worst, most corrupt and inept anywhere in the world (if they even have a functioning government at all), now loudly and viciously telling the people of the United States, the greatest and most powerful Nation on earth, how our government is to be run. Why don’t they go back and help fix the totally broken and crime infested places from which they came. Then come back and show us how it is done. These places need your help badly, you can’t leave fast enough. I’m sure that Nancy Pelosi would be very happy to quickly work out free travel arrangements!”

Malinowski took to Twitter to push back on Trump’s tweets and note that only Rep. Ilhan Omar (D-MN) was born abroad:

“Unlike 3 of the “Democrat Congresswomen” Trump attacked today, I was actually born outside of the US. Does he think I should go back? This is exactly the sort of rhetoric that inspires disturbed people to violence, against Jews, Muslims, Sikhs - anyone they see as the “other.””

On Monday, House Speaker Nancy Pelosi (D-CA) wrote that the House would consider a resolution “condemning the President’s xenophobic tweets” this week.

Trump later expanded on his comments about the freshmen congresswomen, adding on Twitter:

“We will never be a Socialist or Communist Country. IF YOU ARE NOT HAPPY HERE, YOU CAN LEAVE! It is you choice, and your choice alone. This is about love for America. Certain people HATE our Country. They are anti-Israel, pro Al-Qaeda, and comment on the 9/11 attack, “some people did something.” Radical Left Democrats want Open Borders, which means drugs, crime, human trafficking and much more. Detention facilities are not Concentration Camps! America has never been stronger than it is now -- rebuilt Military, highest Stock Market EVER, lowest unemployment and more people working than ever before. Keep America Great!”

Hours later, Malinowski announced the following via tweet on Monday:

“Tomorrow the House will take up my resolution condemning the president’s racist remarks. It will ask all members to choose: do we embrace President Reagan’s vision of an America made stronger by immigrants and refugees, or President Trump’s message of fear?”

Of Note: The rules of the House of Representatives prohibit members from disparaging their colleagues or the president on the floor during debate, and while this resolution is written to condemn the president’s comments rather than him personally it may prove a point of contention during floor debate. The presiding chair admonishes a member who violates the rule during floor debate by saying, “Members are reminded to refrain from engaging in personalities towards the president [or fellow members].” In some cases, the offending remarks can be stricken from the record following a vote of the House.