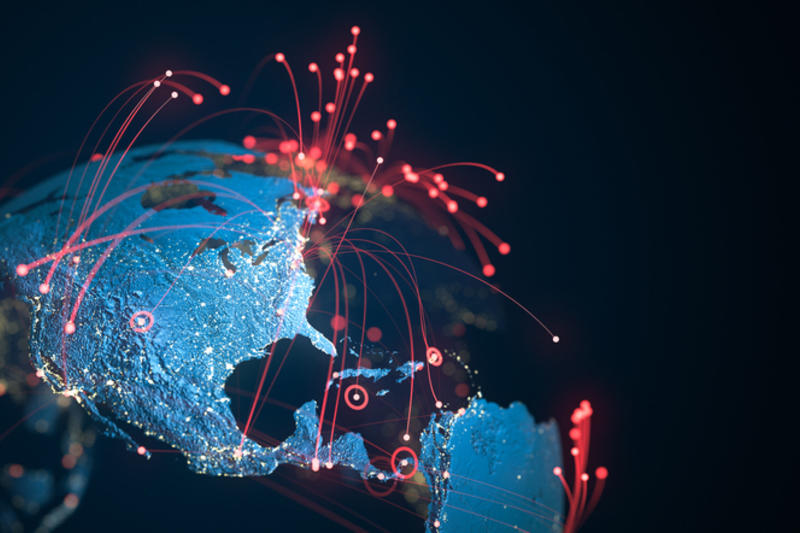 Should the State Dept. Establish an Office Supporting Cities & States in Their International Diplomacy? (H.R. 3571)

This bill, known as the City and State Diplomacy Act, would establish an Office of Subnational Diplomacy within the State Dept. This office would be responsible for supervising federal support for states’ and municipal governments’ engagements with foreign governments.

Specifically, the Office of Subnational Diplomacy would be responsible for:

The Office of Subnational Diplomacy would be required to provide Congress with an annual report on its activities.

Cities and states are playing ever-larger roles in representing U.S. interests in the international context. The move to a more decentralized model of international relations is already happening, and U.S. federal policy and foreign policy structures need to adapt according. Establishing an Office of Subnational Diplomacy would help the State Dept. evolve with the times to support cities’ and states’ diplomatic efforts and, where appropriate, to help align these efforts with U.S. national priorities and policies.

Cities and states shouldn’t be allowed to engage in diplomacy; international relations should be left to the federal government, as is the structure in most nations. Rather than supporting city and state governments that go rogue and strike their own deals with foreign powers, potentially leading to national security concerns as in the case of potentially problematic dealings between China and local governments, the State Dept. should be clamping down on city and state diplomacy.

The Congressional Budget Office (CBO) estimates that implementing this bill would cost $5 million over the 2020-2025 period to create the new office and satisfy the reporting requirement.

“Our world is becoming increasingly interconnected, and many of those relationships start at a local level. Communities are already bringing parts of the world home by connecting with counterparts abroad and showing that we have plenty to learn from one another. I’m pleased to introduce this bipartisan bill with Rep. Wilson to support local mayors and state officials who are working diligently to strengthen our diplomatic ties with communities around the world. These connections are valuable tools for forging friendships and agreements with other countries, and our bill enables our professional diplomats at State to champion these efforts.”

“I’m grateful for the leadership that South Carolina has played in international engagement on the sub-national level. American cities and states are increasingly engaging in robust diplomacy with international partners and stakeholders. It’s time that the State Department formally recognize subnational diplomacy and work to strengthen productive international friendship and cooperation on the city and state level in pursuit of overall U.S. national interests. This will not only strengthen the positive and productive relationships our cities and states develop, but also serve to reinforce our friendships and potentially temper our enmities on the national level. I thank Mr. Lieu for his hard work on this legislation and his leadership on this important issue.”

In a fact sheet for this bill, Reps. Lieu and Wilson note that city and state governments are playing an increasingly significant role in international affairs, conducting subnational diplomacy with little support from the federal government. Given this state of affairs, the bill authors contend that it would serve the U.S. national interest for the federal government to support city and state governments’ engagements with foreign counterparts and aligning these engagements with national objectives where possible.

“The American Foreign Service Association (AFSA), the voice of the Foreign Service, welcomes the City and State Diplomacy Act encouraging diplomacy between sub-national entities and their counterparts overseas. At a time when the Foreign Service needs more positions available to advance American interests, city and state diplomacy efforts provide opportunities to enhance professional development for our members, bolster positive international relationships, and give sub-national entities a greater foreign policy voice in an interconnected world.”

“As mayors proudly leading multicultural, innovative, and dynamic cities, we write to enthusiastically endorse the City and State Diplomacy Act (H.R. 3571/S.4426). This bill affirms the frontline role played by local governments in confronting the most pressing global challenges of our time and addresses the need for coordination with, and support from, our federal government on these critical issues… [The COVID-19] pandemic has exposed the critical need for international partnerships at all levels of government, and now is the time to ensure our State Department is resourced to support local efforts. This bipartisan legislation, which establishes an Office of Subnational Diplomacy at the State Department, would ensure coordinated and strategic subnational engagement with foreign governments… This legislation will bring our local and federal efforts into better alignment during a time when international engagement is needed most.”

In a February 2020 speech at the National Governors Association, Secretary of State Mike Pompeo warned of the national security implications of deals struck with Chinese officials at the local level and implored governors not to strike their own deals with China at the risk of undermining U.S. national policy:

“Don’t make separate individual deals and agreements with China that undermine our national policy. I know none of you would do so intentionally. Let us help you make sure we’re getting it right.”

“If we are to effectively compete with China’s efforts to expand its influence at the subnational level in the U.S., it is critical that state and local officials have a permanent, centralized resource to make informed decisions.”

This legislation unanimously passed the House Foreign Affairs Committee with the support of 16 bipartisan House cosponsors, including 10 Democrats and six Republicans. Its Senate companion, sponsored by Sen. Chris Murphy (D-CT), has four bipartisan Senate cosponsors (including three Democrats and one Republican) and has not yet received a committee vote.

The U.S. Conference of Mayors and German Marshall Fund support this legislation. Foreign policy experts, such as former Undersecretary of State Tom Shannon, former U.S. Special Representative for Global Intergovernmental Affairs Reta Jo Lewis (who served as a special representative within the State Dept. tasked with cultivating strategic relationships between the State Dept., U.S. cities, and BRIC countries and South Africa), and others also support this legislation.

Of Note: Cities and states are increasingly taking actions with cross-border implications. These include negotiating and signing trans-border agreements, forming international coalitions, and lobbying for certain policy changes at the U.N. As a result of these efforts, many cities and states maintain robust international relationships that benefit trade, investment, and soft power that can bolster the image of the U.S. abroad.

For further evidence of cities’ — and particularly large cities’ — increasing diplomacy efforts, consider the fact that Atlanta, Los Angeles, and New York City  all have a Mayor’s Office of International Affairs. Other cities, including Charlotte, North Carolina and San Antonio, Texas have expressed interest in similar efforts.

Despite cities’ active diplomacy efforts, the current structure of the U.S. government cannot formally accommodate subnational international activity. The current U.S. government structure, like that of most other countries, makes international affairs the exclusive purview of the national government, which is expected to act as the representative for all subnational entities (i.e., states) below it. Under this framework, cities are typically considered superfluous at the international level, leaving cities dependent on national-level diplomats, negotiators, and lawmakers to resolve international issues.