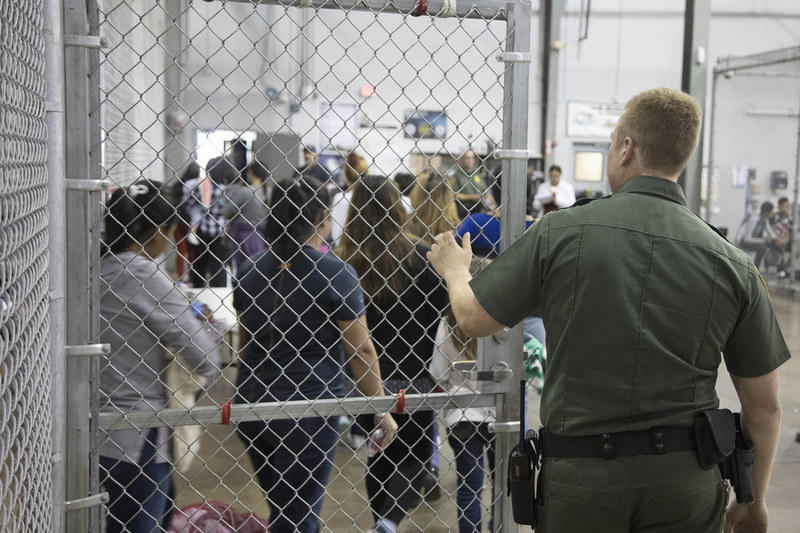 This bill would provide $4.59 billion in funding to address the humanitarian and security crisis at the Southern border. It would provide funding for the care of migrants and unaccompanied alien children (UACs) in detention centers, increase resources for immigration courts to speed up case processing times, and prevent the diversion of funds from other programs to cope with the influx of migrants. A detailed breakdown of this bill’s provisions can be found below.

Within the Dept. of Homeland Security (DHS), Customs and Border Protection (CBP) would receive the following:

Other provisions of this section would:

This section would provide $2.88 billion for the Dept. of Health & Human Services’ (HHS) Unaccompanied Alien Children (UAC) program to cope with a 60% increase in the number of UACs detained over the last year. It’d allow HHS to resume offering a full range of services for children in their care and prevent the diversion of funds from other programs.

It would also include the following provisions aimed at ensuring the safety and welfare of UACs in HHS custody:

It would also provide $155 million to the U.S. Marshals Service for emergency expenditures related to the housing, transportation, and care of federal immigration detainees.

This section would provide $145 million to support multiple missions at the border, including the use of rotary-wing aviation support, strategic lift, medical assistance, mobile surveillance, command and control, and maintenance activities. Funds would go to the operation and maintenance accounts of the Army, Marine Corps, Air Force, and Army National Guard.

Border security resources are overwhelmed because of the surge in apprehensions, which is creating a humanitarian crisis. This bipartisan bill would provide funding needed ensure detention facilities for unaccompanied children and migrant families are safe, secure, and not overcrowded while also speeding up immigration case processing to get them out of detention facilities sooner.

This bill is too narrowly focused on providing resources to address the border crisis. It should include broader, partisan changes to immigration policy even at the cost of bipartisan support for the bill and damaging its chance to become law. The bill should eliminate detention centers and ICE altogether. Alternatively, it should include funding to build a border wall.

The CBO estimates that enacting this bill would cost $4.586 billion in FY2019.

“This package does not include everything I wanted. It does not include everything Vice Chairman Leahy wanted. But most importantly, it does not include poison pills from either party… In addition, I ask my colleagues to refrain from offering any amendments that pertain to broader immigration policy. The appropriate venue for such amendments is the authorizing committee… So I urge my colleagues interested in broader immigration policy to discuss their ideas with Chairman Graham and Ranking Member Feinstein. By adhering to this framework I believe that we will be able to move forward together with a strong bipartisan vote here today. Our border security professionals and the children and families in their care cannot afford further delay, and I am hopeful that a strong bipartisan vote will provide the momentum needed to assist our folks on the front lines.”

The Senate Appropriations Committee passed this bill on a bipartisan vote of 30-1. The lone no vote came from Sen. Jeff Merkley (D-OR) who wanted the  settlement, which governs the detention of minor children, to be applied to temporary influx facilities.

Of Note: May 2019 marked the highest monthly total of apprehensions at the U.S.-Mexico border since 2006, the majority of whom came in as family units or as unaccompanied minors.