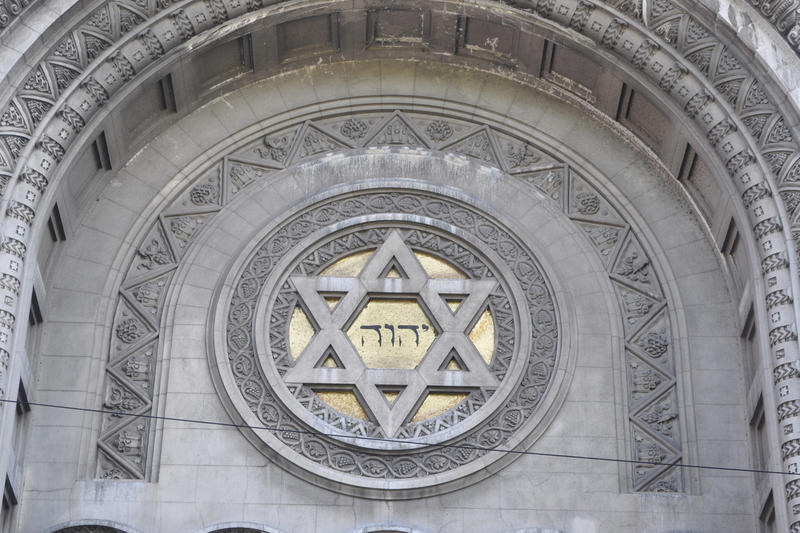 Should the House Condemn the 1994 Terror Attack on a Jewish Community Center in Argentina & Call for the Perpetrators to Face Justice? (H. Res. 441)

This resolution would condemn the 1994 attack on the Mutual Israelite Association of Argentina (AMIA) community center in Buenos Aires, Argentina on the 25-year anniversary of the event that left 87 dead and more than 100 injured. It would also call for justice to be served in the case, as the perpetrators still haven’t been apprehended. Finally, it would remember the January 2015 death of special prosecutor Alberto Nisman, appointed in September 2004, who was found dead in his apartment the day before he was set to present important evidence in this case.

The 1994 AMIA Jewish Community Center attack remains the single deadliest attack against the Argentine Jewish community. Its perpetrators have yet to be brought to justice, and the House — as a U.S. legislative body concerned with international human rights and justice — must condemn this fact.

While tragic, the 1994 AMIA Jewish Community Center attack is an Argentine issue, not an American one, so the House, as a U.S. legislative body, shouldn’t get involved in this issue. It’d be best to leave it to the Argentine and Israeli governments to work together on the issue of accountability for the AMIA attack.

In-Depth: Rep. Ted Deutch (D-FL) introduced this resolution to mark 25 years since the July 1994 bombing of the AMIA Jewish Community Center in Buenos Aires, Argentina and continue to demand justice and accountability for those responsible for the attack. After this resolution unanimously passed the House Foreign Affairs Committee, Rep. Deutch said:

"Twenty-five years after the AMIA Jewish Center bombing, there is still no justice for the 85 victims and the hundreds who were injured. Even still, the threat posed by Iran-backed Hezbollah remains for Jewish communities throughout Latin America. It is unacceptable that no Iranian suspects have faced prosecution over this attack. With this vote, the Committee honors the victims of the attack, recalls the brave work by Alberto Nisman who lost his life pursuing justice, and calls for full accountability for those responsible."

“This resolution’s passage through the committee today sends a clear message around the world: the United States will continue to condemn Iran’s global terrorist activity and will never cease demanding accountability for Iran’s involvement in the 1994 AMIA Jewish Community Center bombing. I am grateful to join my colleagues in support of this important resolution, and urge the House to bring it to a vote as soon as possible.”

“We continue to condemn the attack against the AMIA Jewish Community Center in Buenos Aires and the judicial misconduct and honor the victims of this hateful act, whose families have yet to see justice 25 years later. I join my colleagues in calling for accountability for the guilty of what is still Argentina’s deadliest terrorist attack. At a time when antisemitism is on the rise, we must stand together in support of Jewish communities around the world."

Nathan Sales, counterterrorism coordinator at the State Dept., has pledged to identify pressure on Iran and Hezbollah to give up the suspects in the AMIA bombing. In remarks delivered at a July 2019 event organized by Washington-based think tanks the Foundation for Defense of Democracies and the Wilson Center, Sales said that the U.S. would increase coordination with allies in the Western Hemisphere to foil Hezbollah’s terrorism attempts in Latin America.

This resolution has passed the House Foreign Affairs Committee by voice vote with the support of 28 bipartisan cosponsors, including 18 Democrats and 10 Republicans.

Of Note: The Asociación Mutual Israelita Argentina (AMIA) Jewish community center in Buenos Aires, Argentina was bombed on July 18, 1994. The attack killed 87 people and injured over 100 more. Immediately after the bombing, the judge who was assigned to investigate the case, Judge Jose Galeano, didn’t make much progress on investigating the bombing.

The case then remained dormant for a number of years, until new evidence revealing mishandling of the case came to light in 2005. That year, Justice Galeano was impeached for allegedly paying a witness $400,000 to change his testimony and burning incriminating evidence from the AMIA bombing case. Then, in July 2005, then-Argentinian President Netor Kirchner formally admitted the Argentinian government’s past culpability in the AMIA bombing investigation, stating that the government had withheld crucial information that could have solved the case. Although an Iranian terrorist organization was still suspected of actually carrying out the bombing, Kirchner claimed that most of the responsibility for the attack should fall on the previous Argentinian government for its mismanagement of the case.

Following this, Argentinian prosecutor Alberto Nisman charged 21-year-old Lebanese citizen Ibrahim Hussain Berro as the suicide bomber who had blown the AMIA center up in 1994. Nisman claimed that Berro belonged to Hezbollah, that relatives had identified him from photographs and that despite this indictment, he still hadn’t ruled out an Iranian connection to the bombing.

Subsequently, in October 2006, Nisman and fellow prosecutor Marcelo Martínez Burgos formally accused top officials within the government of Iran of orchestrating the bombing and Hezbollah of carrying it out. In their indictment, the prosecutors stated that Iranian Supreme Leader Ali Khamenei had ultimately made the decision to approve the bombing, and that other Iranian senior government officials, including then-President Ali Akbar Hashemi Rafsanjani, Foreign Minister Ali Akbar Velayati, Intelligence Minister Ali Fallahijan and National Security Council Secretary Hassan Rouhani, had been apprised of the decision throughout the process.

In March 2012, Judge Lijo ruled that Menem, Anzorregui, and Palacios would stand trial for concealing evidence and protecting accomplices in the AMIA bombing. Judge Lijo’s ruling came after evidence was brought to light that Menem and the others had abused their power to hide Syrian-Argentine businessman Alberto Kanoore Edul’s involvement in the attack. Also in 2012, the Argentine government issued arrest warrants for Iranian Defense Minister Ahmad Vahidi and former prime minister Akbar Hashemi Rafsanjani. Despite these developments, not one person has yet been convicted for either bombing.

In January 2013, Argentine Foreign Minister Héctor Timerman signed a memorandum of understanding with Iran intended to resolve the cases surrounding the two terrorist bombings. On February 28, Argentina's Congress approved an agreement with Iran to investigate the AMIA bombing. Argentinian Jewish leaders were outraged at the decision to involve Iran in a “truth commission” investigating a crime that Iran is believed to have orchestrated.

In January 2015, Nisman was found dead in his apartment the day before he was set to present evidence accusing then-Argentinian President Cristina Fernandez de Kirchner and the Argentinian government of covering up for Iran and Hezbollah’s alleged role in the AMIA bombing. The cause of death was a bullet to the head.