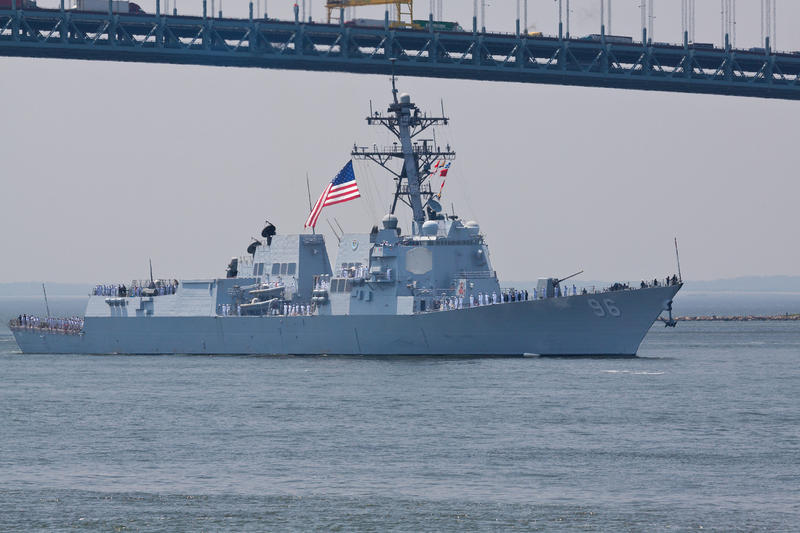 This bill would authorize $741.5 billion in discretionary defense spending for fiscal year 2020, of which $665.7 billion would go to the base budget and $75.9 billion to Overseas Contingency Operations (OCO). It would also authorize $8.4 billion for defense-related mandatory spending. The Senate amended this bill to include an authorization of FY2020 intelligence activities (which is largely classified) and require various reports for intelligence oversight purposes. An in-depth summary of how its various provisions impact troops, military families, equipment, and various aspects of U.S. defense and intelligence policy can be found below.

Troops & Families: This section of the bill would fully fund a 3.1% pay raise for the troops and set an active duty end strength of 1,339,500 soldiers, sailors, aviators, and Marines. A total of $155.8 billion would be authorized for pay, allowances, bonuses, death benefits, and permanent change of station moves.

Equipment: The acquisition and modernization of several key defense technologies would be stepped up under this bill, including:

Additionally, this section would require the Navy to carry out the nuclear refueling and complex overhaul of the aircraft carriers and .

Nuclear Deterrence: Defense and intelligence agencies would be required to submit a report on the nuclear capabilities of Russia and China, including Russian nuclear systems that aren’t covered by New START. This bill would extend authorizations of programs to modernization of U.S. nuclear weapons systems, including the triad of delivery systems.

Missile Defense: A total of $108 million would be authorized to fund the development of a space-based sensor layer for missile defense technologies. Funding for the Terminal High-Altitude Area Defense procurement and sustainment would be transitioned from the Missile Defense Agency to the Army. Additionally, $500 million would be authorized for U.S.-Israeli cooperative missile defense programs such as the Iron Dome, Arrow 3, and David’s Sling programs.

Space: This bill would establish the Space Force within the Air Force, and continue procurement of equipment for national security space launch programs.

Russia: This bill would authorize the extension of a joint procurement program for the Baltic nations to improve their interoperability with NATO and deter Russian aggression, in addition to expressing support for the increased persistent presence of U.S. forces in the Republic of Poland. The use of funds for activities that would include the recognition of Crimea under Russian sovereignty would be prohibited.

Additionally, delivery of F-35 Joint Strike Fighter aircraft to Turkey would be prohibited if it acquires the S-400 air and missile defense system from Russia.

In the event that the U.S. initiated a withdrawal from NATO, this bill would prohibit the use of funds for withdrawal for one year.

China: This section of the bill would authorize an increase in the Dept. of Defense’s ability to produce rare earth elements from coal ash, a market currently dominated by China.

The bill would authorize research into transformational weapon systems, like hypersonics and directed energy, to keep up with competition from Russia and China. It would also require reports on academic institutions in Russia and China associated with defense programs to prevent their undue influence in American university research.

North Korea: This bill would prohibit the reduction of U.S. forces stationed in the Republic of Korea (South Korea) below 28,500 due to the continued threat posed by North Korea’s conventional forces and weapons of mass destruction.

This bill would also express support for deeper trilateral defense coordination and cooperation between the U.S., Japan, and the Republic of Korea.

Counterterrorism: This bill would extend authorities to provide assistance to Iraqi Security Forces and vetted Syrian groups to counter ISIS through 2020. It would support the temporary detention and repatriation of ISIS foreign terrorists.

Intelligence Authorization: This section would authorize funding for intelligence agencies in FY2020. Funding levels under this section are classified, but it would also require the Intelligence Community (IC) to produce a number of reports regarding:

Romney Amendment: This provision would allow the use of funds for the U.S. military to defend themselves and American citizens from attack by hostile foreign forces.

Congress’s foremost constitutional duty to provide for the national defense. While this bipartisan bill is a compromise, it will strengthen the military at a time when global threats are increasing and funding is hard to come by.

The U.S. shouldn’t be spending $750 billion on national defense, an amount significantly outpacing America’s most significant rivals. A smaller military would free up funding for other priorities.

“Today, we move forward with the annual defense authorization bill that fulfills our annual commitment to our troops, the American people, and the defense of the nation. Providing for our national security is one of our most important responsibilities as identified in the Constitution, and I’m pleased the Senate will move on this legislation quickly. This bipartisan bill continues the implementation of the National Defense Strategy, works to restore our combat advantage, and ensures the effectiveness of our military now and for years to come. I look forward to working with my colleagues to pass this legislation with strong support from both sides of the aisle, as we’ve historically done.”

“This bipartisan NDAA will help strengthen and modernize our military and includes needed reforms. I salute Chairman Inhofe for his leadership and commitment to supporting our troops at home and around the globe. We must continue working on a bipartisan basis to enhance America’s security and keep our military strong, efficient, innovative, and capable of safeguarding our nation and deterring conflict. This bill represents a positive step forward.”

This legislation passed the Senate Armed Services Committee on an overwhelmingly bipartisan 25-2 vote.

Of Note: If this bill is enacted, it would mark the 59th consecutive year that Congress approved a National Defense Authorization Act (NDAA).